Who are these speedsters in The Legion of Doom (Season 2 Episode 10)?

Warning: mild SPOILER for the tenth episode of the second season of Legends of Tomorrow ahead.

A large part of the episode is devoted to the team trying to find who is the speedster that is against them and Rip Hunter. At some point in the episode, we can see them discussing and pictures (obtained from The Flash's characters) of speedsters appear behind Vixen. The pictures are quite blurry. Here is a screen shot: 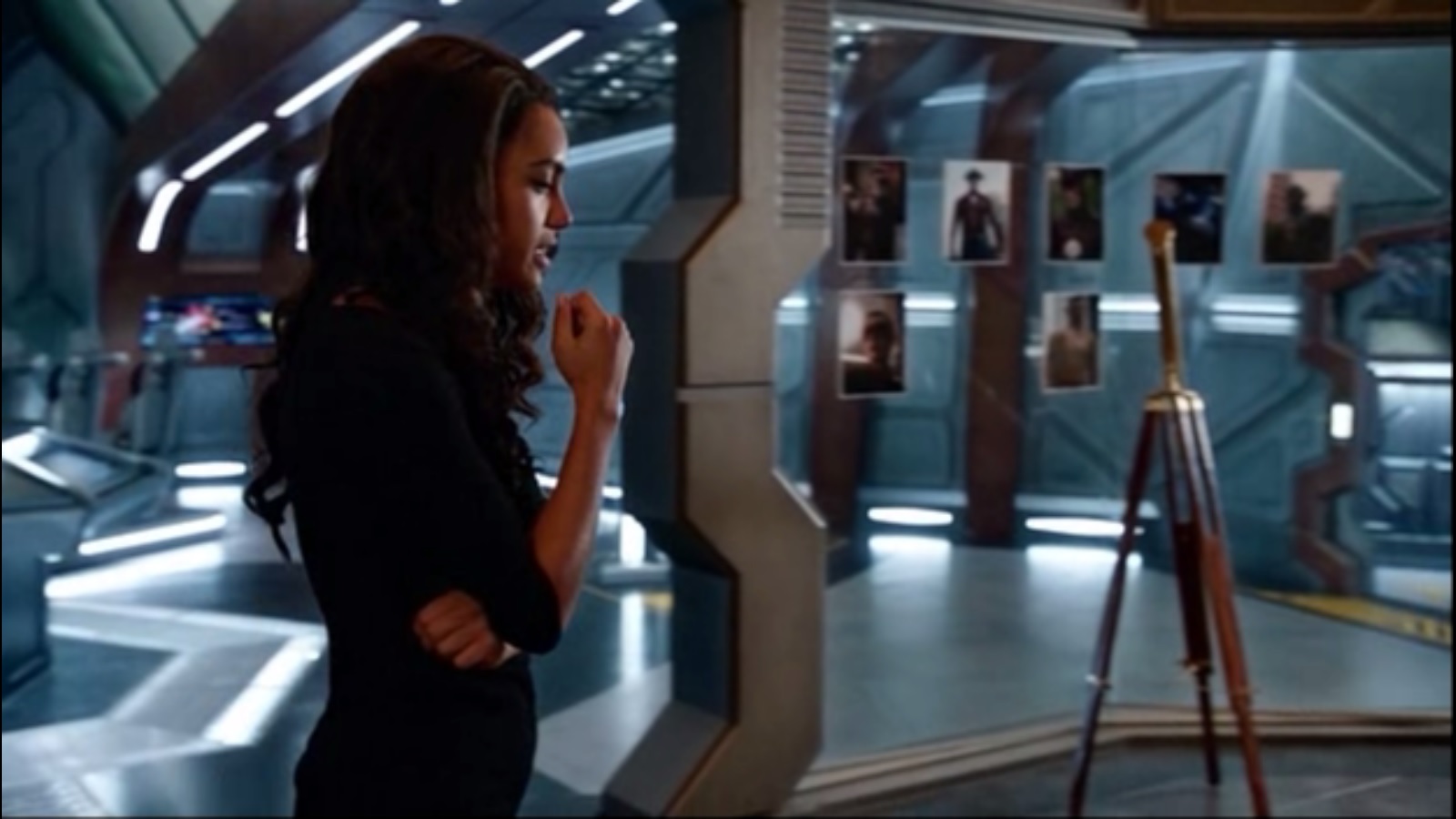 Who are these speedsters ?

Here is what I can find. Upper row, for left to right:

Lower row, from left to right:

I guess the fourth one on the upper row is Zoom, since the pictures are supposed to be photo from the show, and Savitar cannot seen by anybody except Barry.

Here are the speedsters that appeared in one show without being named above: Eobard Thawne/Reverse Flash (yellow and black costume), Time wraiths and Black Flash (Zoom transformed into a time wraith).

because its ancestor Eddy Thawne committed suicide at the end of the first season of The Flash, Eobard Thawne has been erased from time and cannot appear on a picture.

I captured this from Netflix 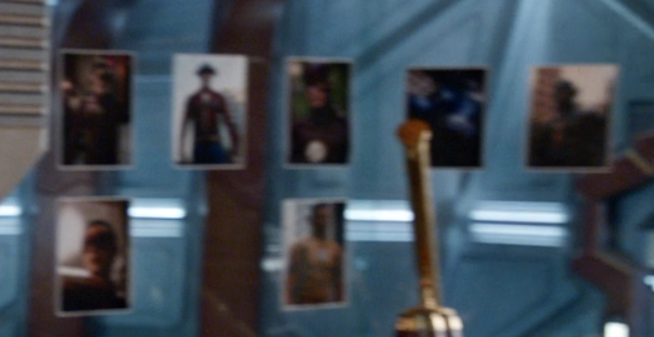 And tried to find the closest example of each character to overlay. 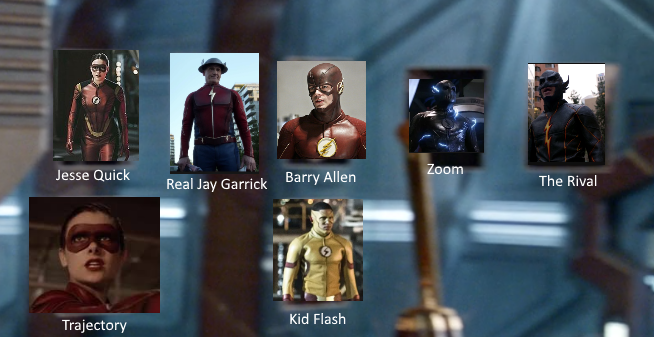 Not the answer you're looking for? Browse other questions tagged dc character-identification arrowverse legends-of-tomorrow or ask your own question.

9
Why weren't there two Barry Allens in Flashpoint Season 3?
9
In Flashpoint, how does Barry vanish before his mom could be killed?
5
Has Savitar become slower?
2
Why didn't Eobard Thawne phase through the Swiss bank vault walls?
8
Why did Thawne need the particle accelerator to be built 6 years earlier?
1
Understanding the timeline of The Flash Season 1
2
How does Godspeed have white lightning without Philosopher's Stone?
2
Why do some speedsters have glowing red eyes?
3
Is there a reason why Zoom didn't just kill Barry outright?