As a child, I read a book that I can't seem to remember. All I seem to get from my memories are pictures and scenarios from my imagination while reading the book. I remember the book including Bastet, the cat goddess, a type of tunnel where they went to an underground place (I think), a boy and a girl (possibly) walking in a type of room or something, and a part where there might be an owl involved. I read the book definitely after 2010 but I am more than sure that it was written before that, possibly. In the part where they were in a type of room, I think I remember hieroglyphs floating around in the air. That is kind of all I remember from the book. Some of this information may be wrong and confusing but I think that is all I remember from the book. I really want to read it again because as I remember, it was an amazing book. 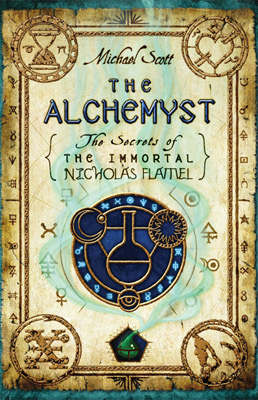 The story follows a pair of twins, Sophie and Josh, as they are unwittingly sucked into a world of immortals (Nicholas Flamel, John Dee, and others) and Elders, most of whom we know as gods through various legends from around the world. It is set in modern-day United States, though later books in the series move the action to Paris and London, and the final book is set in

Danu Talis (Atlantis), ten thousand years in the past.

I remember the book including Bastet, the cat goddess,

Bastet is a major character in the first book.

a type of tunnel where they went to an underground place (I think),

This could be the tunnels under Yggdrasil, the World Tree, which they enter while staying with the goddess Hekate.

a boy and a girl (possibly) walking in a type of room or something,

This is extremely vague, but the main characters are definitely a boy and a girl.

and a part where there might be an owl involved.

I don't remember any owls playing important roles in the book. Perhaps you're thinking of the Morrigan, a goddess with a particular affinity for crows, or of the scene where our heroes are in a car on the Golden Gate Bridge when it's attacked by millions of birds of all kinds?

I read the book definitely after 2010 but I am more than sure that it was written before that, possibly.

In the part where they were in a type of room, I think I remember hieroglyphs floating around in the air.

Not sure about hieroglyphs, but there are definitely some magical things going on when they're in a room with Hekate in the middle of the book: Sophie gets her magical powers Awakened. You might also be thinking about the hieroglyphs and symbols which decorate the cover of the book and the first page of each new chapter.

I do not know about the owl, but I do remember a monkey (well, a baseball-playing orangutan). I believe you want the Kane Chronicles series by Rick Riordan, specifically the first book, The Red Pyramid? It features a boy and a girl (siblings Carter and Sadie Kane), the goddess Bast (who resides in Sadie's cat, Muffin), a tomb with a long corridor, and magic based on hieroglyphs.

Since their mother's death, Carter and Sadie have become near strangers. While Sadie has lived with her grandparents in London, her brother has traveled the world with their father, the brilliant Egyptologist, Dr. Julius Kane.

One night, Dr. Kane brings the siblings together for a "research experiment" at the British Museum, where he hopes to set things right for his family. Instead, he unleashes the Egyptian god Set, who banishes him to oblivion and forces the children to flee for their lives.

Soon, Sadie and Carter discover that the gods of Egypt are waking, and the worst of them —Set— has his sights on the Kanes. To stop him, the siblings embark on a dangerous journey across the globe - a quest that brings them ever closer to the truth about their family and their links to a secret order that has existed since the time of the pharaohs.

6
Fantasy/Sci-Fi kids book: boy and telepathic owl/bird - in space/other planets setting
5
90's book series about a boy controlling spaceship with his mind
10
Trying to find a urban-fantasy novel. Romantic comedy about greek gods and muses
8
YA sci-fi/fantasy/horror book about a kid that has to overcome a lot of trials
5
Paperback series about teenagers in a dystopic USA - Plot of main book involved sodium cooled motorbikes