What is the explanation for Melisandre (Red Woman) seeing her reflection as old and frail?

In episode one of season six there is a scene where the Red Woman (Melisandre) removes her clothes and looks at her reflection.

See in this clip,

My take on this scene was that she has done some really horrible things for the Lord of Light and she for the first time in the series feels conscious about what she has done. So when she looks in the mirror it shows her inner self which is ugly from all the terrible things she has done up until now. Of coarse that is just my thoughts and are probably wrong.

It obliviously is never explained in the show, but What is the message we are supposed to get from this? What does this mean? Why does she look old and frail?

Edit: For those in the comments who think the necklace is the source of her younger looks, she has taken a bath before and not had it on, so it can't be the necklace that makes her look young. 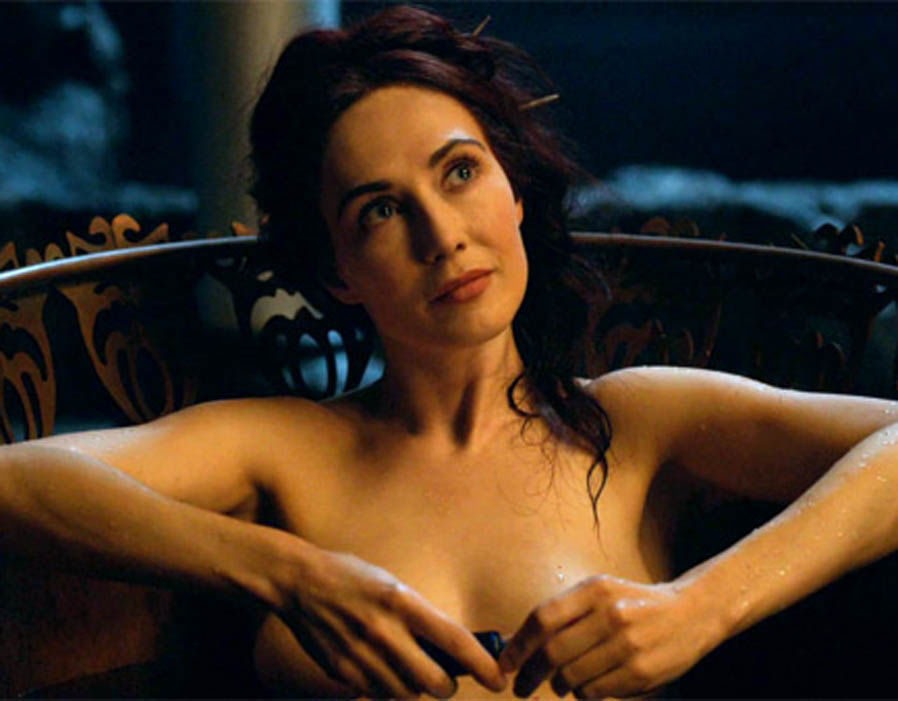 It's not that she looks old, but that she really is old.

Here are two lines from an article on her age:

Similarly, the actor who played Maester Cressen, Oliver Ford Davies, told journalists in 2013 that, according to van Houten, Melisandre is “400 years old.”

Edit to add: Other than the Children of the Forest and the Night's King, she might be the oldest character on Game of Thrones.

This clip has David Benioff and D. B. Weiss explanation for this.

In short, George RR Martin had indicated to them that Melisandre (Red Woman) was old and they took this opportunity to show that to the audience.

Quoting the discussion from the video.

David Benioff: There have been few hints before that Melisandre is much older than she appear going back to very early conversation with George Martin about her, she is supposed to be several centuries old , so we always wanted to show her true age and we were waiting for the right moment and this was it for us.

D. B. Weiss: Her confronting the reality of her situation. Her appearance is a lie, just as the Lord of light's supposed promises to her and messages to her were lies. But at the end of episode one she is in the place where she really needs to look her real self in the eye and come to terms with where she stands now

David Benioff: And we see the real Melisandre, which is quite feeble and aged and yet you can see her in there.

12
Just how old is Melisandre?

11
What did Melisandre (the red woman/priestess) give birth to?
6
Why didn't Melisandre produce Shadow demon from Gendry?
23
Does Melisandre really worship R'hllor, or does she merely use that belief?
4
Child of the Forest or Wildling?
9
Did Stannis see himself or another King in the night fire?
12
What is the origin of the White Walkers and who is the Night's King?
14
Why are people so intent on reviving this character?
18
Why does Davos go with Jon?
9
Does Cersei deserve to be called a tyrant?
12
Just how old is Melisandre?