Why did the Sith need the Clone Army at all?

During the Clone Wars, the Sith (i.e., Palpatine) essentially controlled both sides and both armies, the Droid Army and the Clone Army. The basic premise was that the Droid Army would weaken the Jedi by killing some of them, and later the Clone Amy would finish the rest (Order 66).

But why would the Sith need the Clone Army at all? The Republic has no other forces with which to defend itself. The Jedi were no match for sheer numbers of droids, as witnessed in the First Battle of Geonosis. Palpatine could pretend to be pacifist like Padmé Amidala and other senators who were against the Military Creation Act, but then the Army of the Republic would not be created, or this would happen too late to effectively train it and equip it.

Without a standing military, the Republic would quickly fall, and the Jedi would be killed more easily, and the Sith would rule the galaxy.

There are two main reasons for this:

Because Palpatine knew a slow, gradual takeover was easier than an immediate, hostile takeover.

Palpatine's vision wasn't one of militaristic takeover, it was one that was a lot more like the boiling frog metaphor. From Wikipedia:

The boiling frog is an anecdote describing a frog slowly being boiled alive. The premise is that if a frog is put suddenly into boiling water, it will jump out, but if the frog is put in cold water which is then brought to a boil slowly, it will not perceive the danger and will be cooked to death. The story is often used as a metaphor for the inability or unwillingness of people to react to or be aware of threats that arise gradually.

Palpatine knew that it was much more difficult to storm Coruscant and take over by force than it was to manipulate the Republic into appointing him ruler by choice.

Recall that the clone army was commissioned years before Palpatine/Dooku had convinced the Techno Union, the InterGalactic Banking Clan, etc. to join up with the Trade Federation and create the Separatist Alliance. Before that happened, all Palpatine had at his disposal was the Trade Federation's droid army and it couldn't even keep control over Naboo, let alone the Republic capitol of Coruscant. 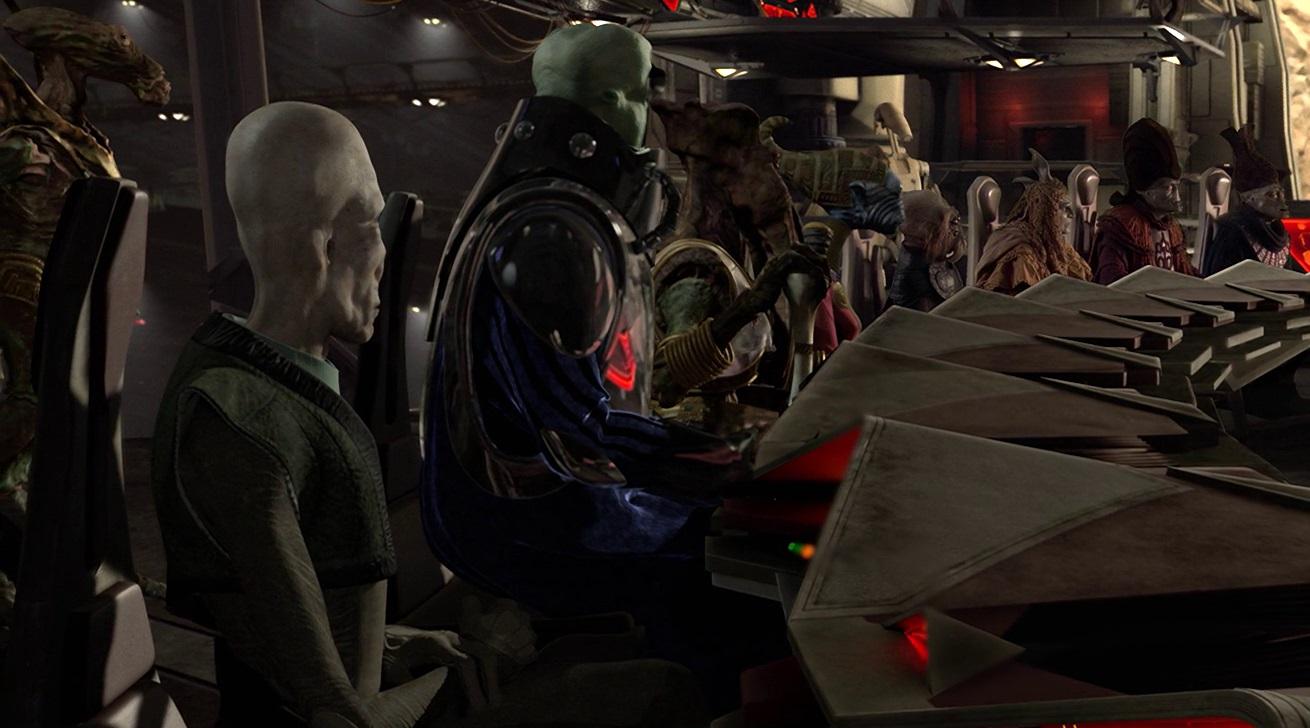 Also recall that even with all of Palpatine's political manipulations, he still doesn't feel comfortable enough in his ability to maintain an absolute dictatorship until the Death Star is built and he decides he's finally powerful enough to dissolve the Senate.

Between the difficulty of taking the capitol, the unlikelihood of keeping the capitol, and the political fallout guaranteed to happen, it's quite obvious that manipulating the people into wanting Palpatine's control is much, much easier.

By slowly leveraging the Trade Federation conflict of Episode 1, creating the threat of war in Episode 2, and by painting the Jedi as traitors in Episode 3, he jumps to Supreme Chancellor, is granted emergency powers, and restructures the Republic... all with the cheering support of the Senate.

In addition to the points made by other answers, the clone army provided Palpatine with the following benefits:

12
Why did Jar Jar vote differently than Amidala would have?
21
Was anyone else suspicious of the sudden convenient appearance of a Clone army?
7
Why doesn't the Republic have a non-clone army?
8
Was Padmé an unwitting and unwilling pawn of Palpatine?
16
Why did the Separatists start planning the Death Star before the Clone Wars broke out?
11
How did the Jedi mobilize and take command of the clone army so easily?
21
Is Palpatine just lucky that Obi-Wan discovers the clone army and then the Separatist plot, justifying his emergency powers?
10
How did the Galactic Republic defend itself before it had a clone army?