Was Darth Vader's lightsaber on the wrong side to stop Luke from killing Palpatine?

When Luke watched the Imperial fleet destroy the rebel starships, Emperor Palpatine could feel the anger and hatred grow inside Luke.

Good. I can feel your anger. I am defenseless. Take your weapon! Strike me down with all your hatred and your journey to the Dark Side will be complete!

Luke pulls his lightsaber to him, activates it, and swings towards the Emperor, only to be blocked by Darth Vader. 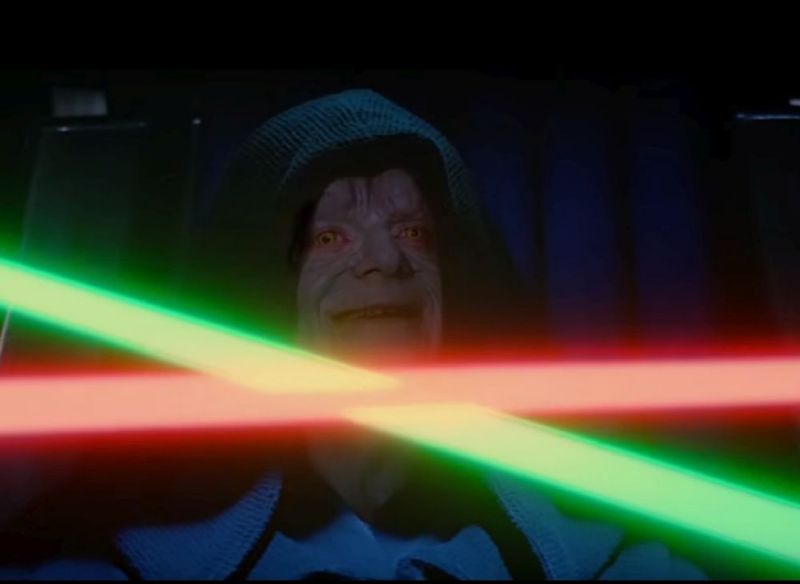 If there is an out-of-universe explanation, I will accept that. Was that scene filmed wrong? Was Mark Hamill a little too fast for David Prowse to swing his lightsaber prop to block? Was it a simple editing oversight? Did the stunt choregrapher make an error?

If there is an in-universe explanation, I will accept that too. Did the novelization say something about that moment? (Perhaps that Luke realized he could not just strike down the Emperor because by the time his lightsaber got close to the Emperor, Darth Vader would have killed Luke. Therefore Luke had to kill Vader first.)

Luke is at the right of the camera, and swings over his right shoulder. The emperor is in the middle, and Vader is on the left. There is no way for Vader to actually block that swing if it was aimed at the Emperor (geometrically), short of putting himself between the emperor and the lightsaber and then block. I'm guessing it wasn't aimed at the Emperor, it probably was aimed at Vader, who Luke saw as a direct threat.

The picture is thus correct, Luke's saber swings from the emperor's side, and Vader swings at Luke's saber, staying "on top" from the camera angle.

Luke is close to Palpatine, maybe 1.5-2 meter away, and somewhat to the left looking from his position. Vader is even closer, immediately behind and right to the throne. 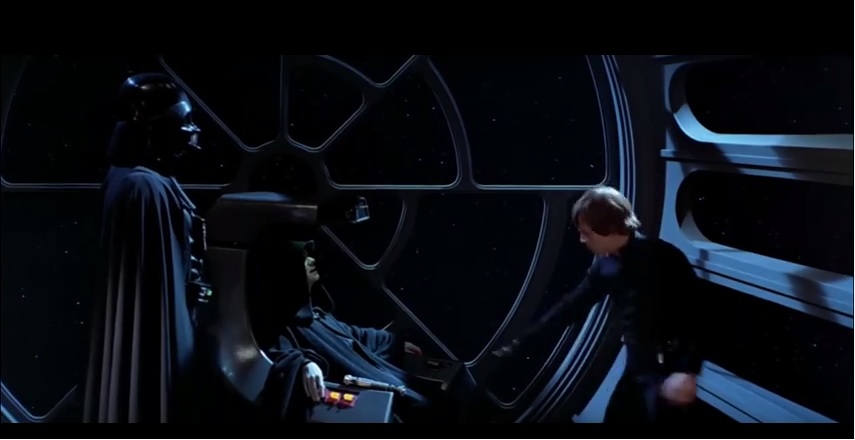 Luke grabs his lightsaber, and Vader instantly ignites his, moving the tip to the left, to block incoming strike from Luke's right side . 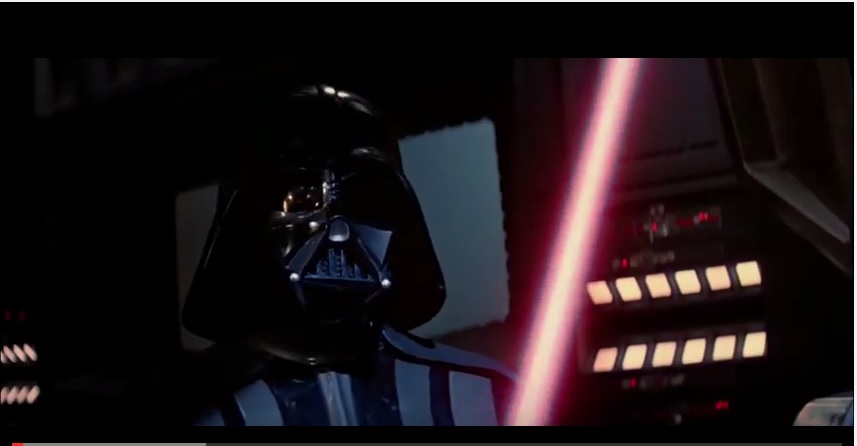 Luke swings over his right shoulder and moves a bit forward. Vader leans forward and to the left to block. Palpatine rotates in his chair slightly clockwise to have better view. Here is my poor diagram in Paint :) , it is not entirely accurate but you get the picture :) 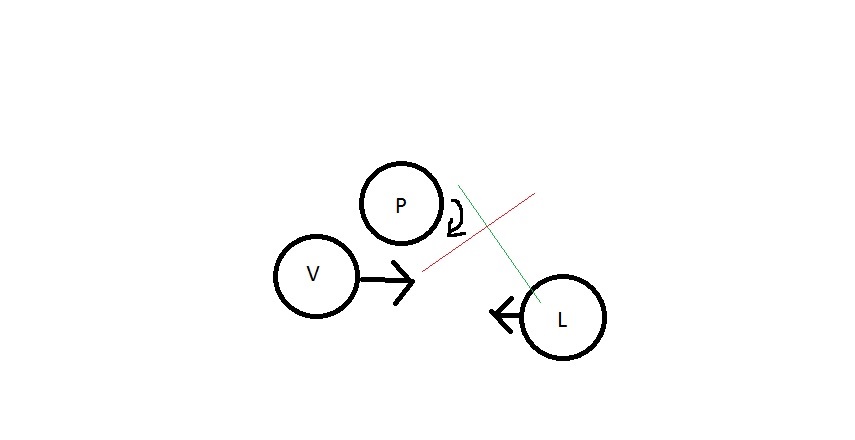 Overall, looks like Luke is trying to cut down both Palpatine and Vader in one stroke . Palpatine was probably ready to defend himself against Luke, but note that he has complete confidence in Vader standing behind him, fatal mistake for any Sith Lord :P

51
Why doesn't the lightsaber cut the guardrail in Episode 6?
85
Exactly how secret was the reveal in The Empire Strikes Back?
1
What is the Emperor's logic when taunting Luke Skywalker?
20
If Darth Vader discovered Luke was his son from the Emperor in the 2004 retconned version of “The Empire Strikes Back”, then how did the Emperor know?
43
Is it important for the plot that Leia is Luke's sister?
20
When does Darth Vader realise Palpatine lied to him about his killing Padme?
16
Did Vader ever learn that Luke was actually trained by Yoda?
49
At the end of Return of the Jedi, did Darth Vader learn that Princess Leia was his daughter?
12
Did Darth Sidious have the same in mind for Luke as for Rey?