In TOS, what's the origin and name of the clarinet comedy sound effect found in "A Private Little War" and other episodes

Title explains the question, but I was wondering about the origins and name of the 5-second sting used after humorous or whimsical occurrences in The Original Series.

Found at 35:12 in the remastered episode of “A Private Little War,” after Nurse Chapel remarks "Yes, I see you are" to Spock saying he's recovered from his gunshot wound by fighting (i.e. being bitch-slapped) out of it. 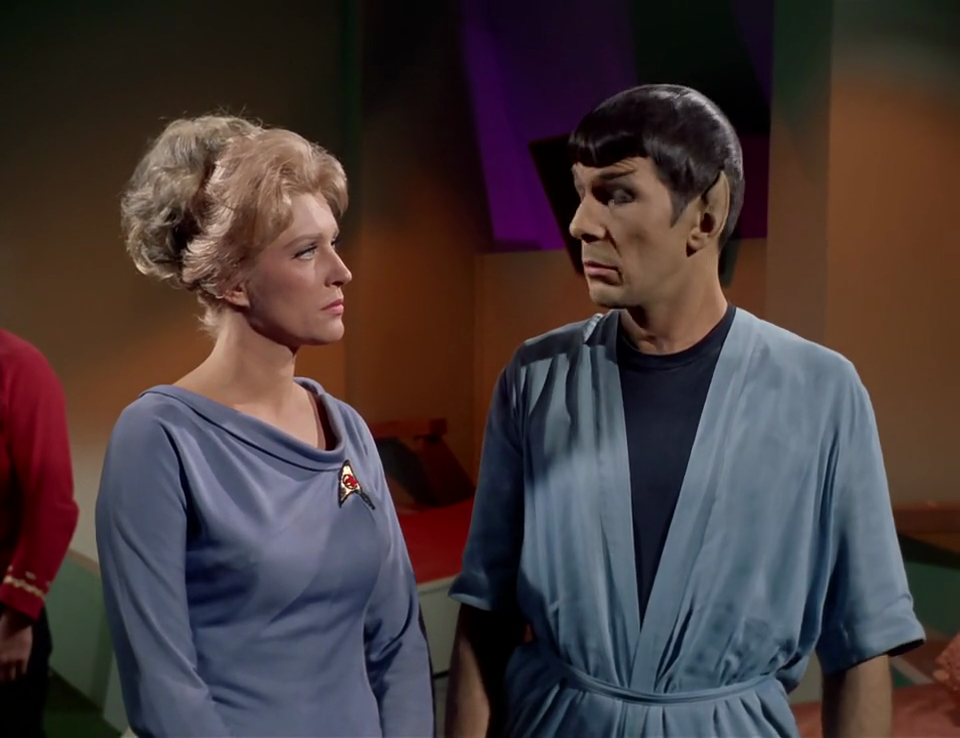 The composer is likely Gerald Fried, but could have also been Sol Kaplan.

Apparently, the majority of the music in this episode was recycled from other episodes. This was done frequently to save cost and time. This cue in particular could have been heard in longer form in one of the episodes listed in the quote below or an unused portion from one of the scores (would have to go back and listen to each one to be certain)

Gerald Fried got the music credit. Most of the cues came from his scores for "Catspaw", "Amok Time", and "Friday's Child". A bit of Sol Kaplan's "Doomsday Machine" music was thrown in for good measure. There was one piece of new music from Fried. As Kirk tell Scott to "beam us home", the music is somber and poignant. It is also unique to the series and is not heard in any other episode.

source: These Are the Voyages - TOS: Season Two - Mark Cushman

For what it is worth, the only reference to the word 'clarinet' in this book is found in the chapter for "Catspaw" which, as shown above, was composed by Fried.

Not the answer you're looking for? Browse other questions tagged star-trek star-trek-tos music music-identification or ask your own question.

15
What's the difference between a photon torpedo and other fuel-based projectiles?
12
What became of the Kelvan technology in Star Trek TOS "By Any Other Name:?
12
What consequences were there for Kirk in the TOS episode "A Private Little War"?