What are the indestructible materials in DC Universe?

The strongest materials in the Marvel universe are Vibranium and Adamantium. In the Star Wars universe there is Cortosis, with a special resistance against energy weapons like blasters and lightsabers. There is Unobtainium light, strong at high temperatures, and resistant to radiation damage.

What is the strongest material in DC?

I did some checking, and I came up with a few possibilities.

The first one I found is called Inertron, which is described on Wikipedia as the "the hardest, densest substance in the DC universe."

Another choice would be "Supermanium", which is apparently the substance used to craft Superman's Supermobile aircraft. It apparently is vulnerable only to one of Superman's power.

a metal so strong that "only Superman's heat vision can soften the substance, and only his super-strength is mighty enough to mold it!"

Finally, there is Nth metal, a magical metal used by Hawkgirl and Hawkman. It's not clear how physically durable/resistant the metal is, but it does imbue the wearer with tremendous powers. It seems reasonable to assume that it is an extremely strong substance as well.

Promethium, in its depleted form, forms a nearly indestructible metal when alloyed with titanium and vanadium. The pre-Rebirth Cyborg (Victor Stone)'s robot parts were made of depleted Promethium alloy. That may no longer me the case now - his armor now contains Apokoliptian / Mother Box technology that may even exceed that metal's strength.

Superman (in World's Finest #41) creates a new element by applying heat and pressure to an ore. It's named Supermanium in his honour and is described as 'the hardest substance in existence'.

This is backed up in Superman #167, where it's described by Brainiac (who's pretty smart) as 'the strongest metal known to science'.

Interestingly, in Superman #365, Superman himself describes it as the 'densest' metal known, so it's apparently both the densest and strongest.

and by the narrator in similarly glowing terms in Wonder Woman #68.

Honourable mention #2 goes to Marvelium, created by Captain Marvel in Captain Marvel Adventures #100. Much like Supermanium, it's created by crushing other elements to make the 'heaviest and strongest element of all'. 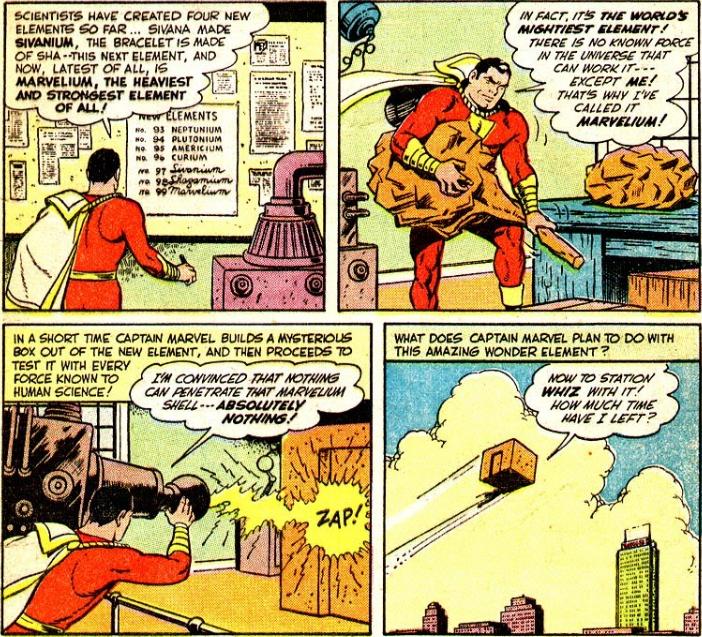 Honourable(ish) mention #3 goes to Inertron, a metal created by Brainiac 5 in Adventure Comics #336 that is supposedly "the most indestructible substance in the galaxy". It loses points because it gets destructed repeatedly, by Karate Kid, Superboy, Element Lad, Mon-El and various others over the next few decades. 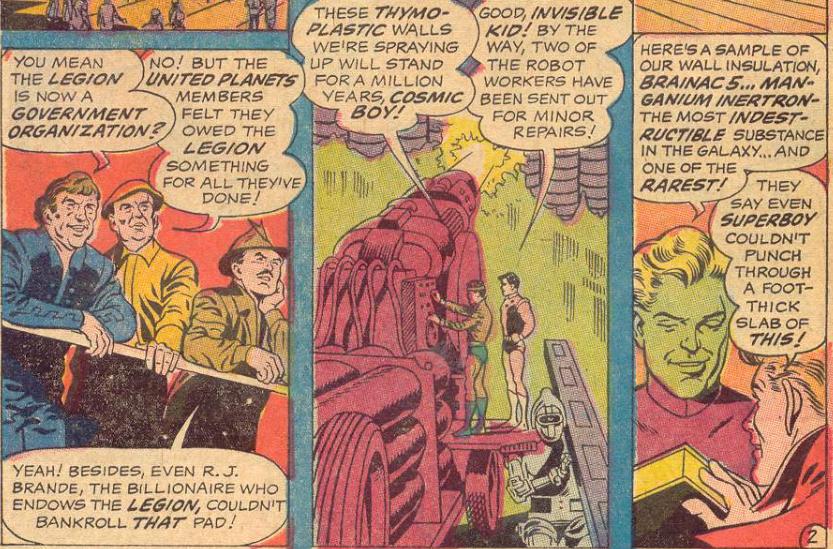 Not the answer you're looking for? Browse other questions tagged dc metamaterials or ask your own question.

1
Are there any known DC super metals besides Nth?
8
What is the strongest metal in the DC universe?
12
Wait, does Superman's heat vision generate "superheat"?

14
Are the gods in the DC universe actually Gods/Deities?
13
How does Superman get indestructible costume everytime after he loses existing one?
11
Are magic (and religion) just higher-level science in the DC universe?
9
What is the source of magical energies in the DC Universe?
8
Why are Martians weak against fire in the DC Universe?
15
What is the fluid in Rorschach's mask?
12
Wait, does Superman's heat vision generate "superheat"?