When I was a kid, I saw a movie on TV about a group of astronauts, and I remember there were three of them, but well I'm not really really sure. They landed on a planet similar to Earth, and they see themselves in a kind of field, meadow or garden.

I barely remember more, but something about these astronauts like seeing their own lives as memories or future in this planet. Don't know if one of them was seeing himself saying goodbye to his dying mother. Don't know much. I was like 6 years old. This was a color movie, probably of the 70s.

Could it be Solaris from 1972, by Andrei Tarkovsky?

You don't actually mention the doppelgänger phenomena in your actual question, so I'm not sure what you remember about it, but in Solaris the eponymous sentient water planet can manifest physical simulacra based on the cosmonauts' memories. It creates a doppelgänger based on the main character's dead wife Hari, for example. 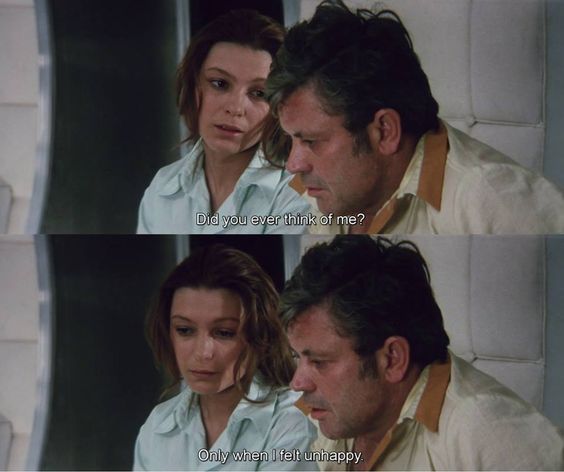 a group of astronauts, and I remember there were three of them, but well I'm not really really sure.

The main character is Kris Kelvin, and he rendezvouses with his two colleagues Sartorius and Snaut on the Solaris space station. 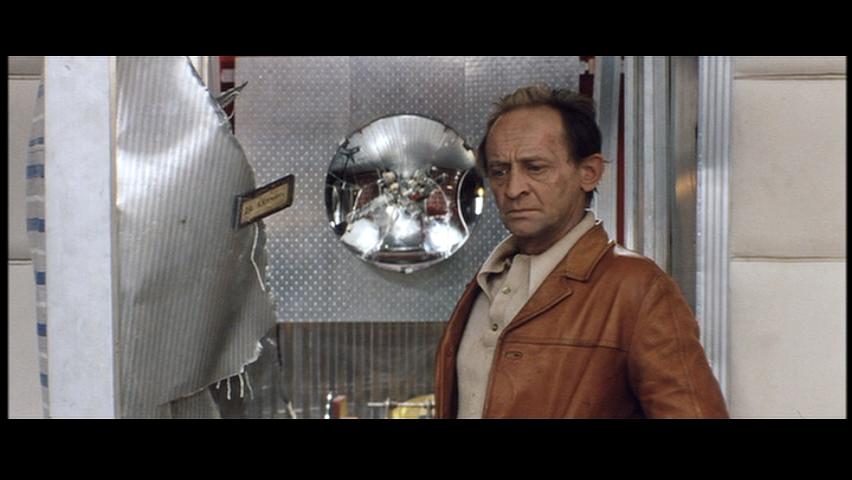 They landed on a planet similar to Earth, and they see themselves in a kind of field, meadow or garden.

OK, Solaris is not really similar to Earth. It's completely covered by a sea, and can't normally be landed on, so the majority of the film takes place on a space station in orbit around the planet.

However, near the end of the film the sentient sea creates islands that can be landed on. There, it recreates the main character's memories from Earth, including a garden (and a memorable scene in a house which you might remember, inside which it eerily enough is raining) and a field/meadow.

I barely remember more, but something about these astronauts like seeing their own lives as memories or future in this planet. Don't know if one of them was seeing himself saying goodbye to his dying mother.

Kelvin, the main character, says goodbye to his father before leaving Earth, either because he is actually dying or because he's so old that he will be dead when Kelvin returns (it's not made clear which is the case); this is one of the memories he relives on Solaris.

This was a color movie, probably of the 70s.

This sounds like an episode of "The Ray Bradbury Theater" called "Mars Is Heaven". It starred Hal Linden as the leader of three astronauts who land on Mars and find an idyllic small American town populated by friends and relatives who are supposedly dead. Everything looks like it did on Earth, and there is a scene where the character played by Hal Linden encounters his mother. This episode aired in 1990, so it's off a bit from your description. You can watch the entire episode on Youtube, but here is the IMDb page:

Sounds very much like Mars is Heaven.........along with Ray Bradbury theater It was also a story in the NBC Martian Cronicles miniseries from the late 70s.

4
1960s short story, aliens accidentally set fire to the field they land in
9
Movie with humans in a floating cryopod where one believes an alien is his mother
3
Vintage sci fi movie about a group of people
3
70s 8ft tall foil ball made-for-TV Scifi Space movie
5
Name of old Sci-fi movie where alien communicates and deceives woman through the TV screen static?
9
Sci-Fi movie about a shapeshifter
11
Movie about an asteroid hitting the Earth. A couple sit on the porch to watch
5
Late 1950s sci fi movie where two pilots tested out an experimental military jet and landed on another planet
5
80s/90s Adventure Sci-fi Movie about Biological Lab
6
Kids' fantasy movie from the 80s or 90s?