What was the origin of the name “Robin” in the English version of Batman - Dark Victory?

I've recently read Batman - Dark Victory, which I own in a translated version in my native tongue. In the second book there's a particular moment where Batman talks with Dick about why he chose Robin as his crimefighter identity. Dick replies something like this:

"My mom called me Robin, because I was constantly doing stuff".

In my version the word used for "doing" is "robil" which is a nice word play. But I cannot figure out how this sentence is carried out in the original.

Is there any word play in the original? If so, what is it? 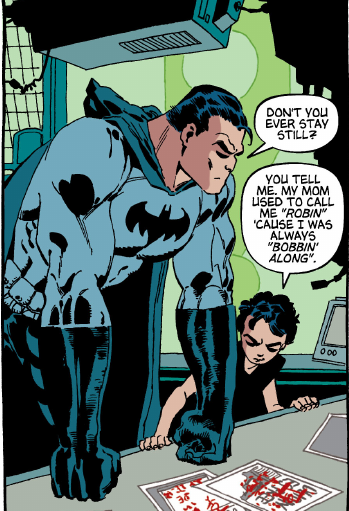 Not the answer you're looking for? Browse other questions tagged dc names robin or ask your own question.