In the Mars Series episode "Power", there is a clip of some astronauts in spacesuits. One is seen getting a handful of dirt in his gloved hand. I remember this movie from way back when. I believe it was sometime in the late 50's or early 60's. 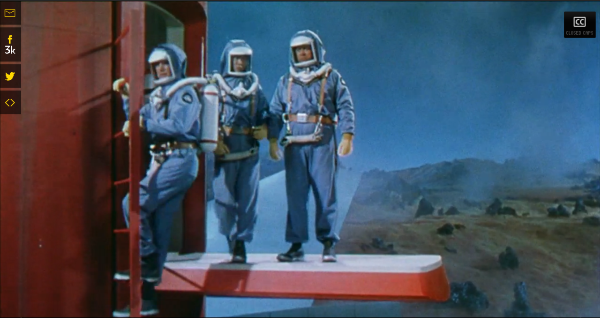 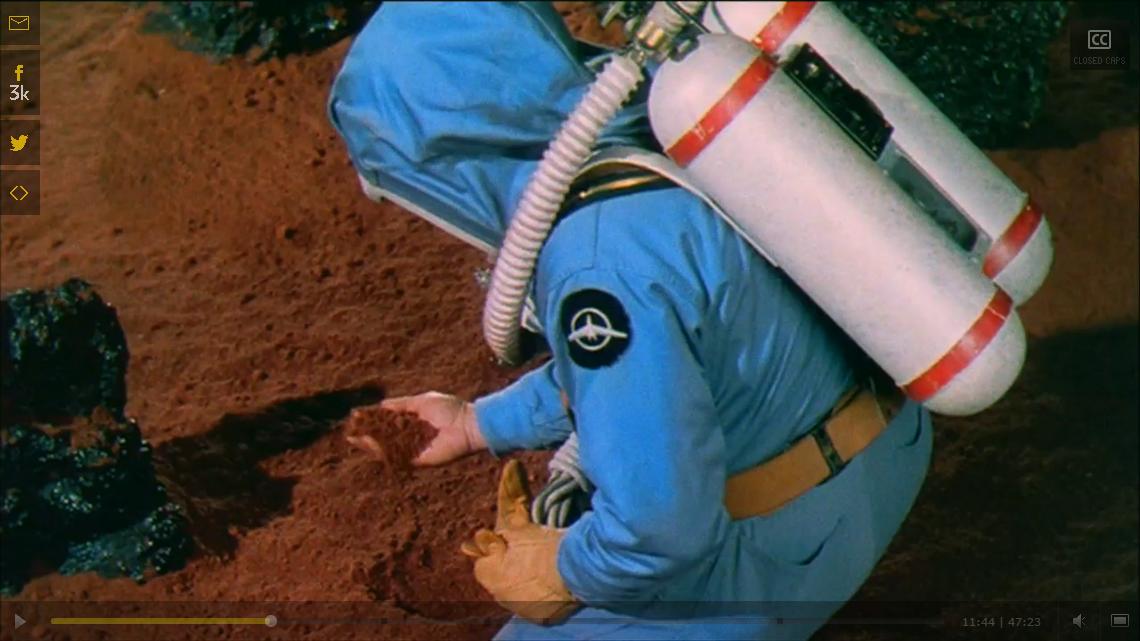 Here's a relevant part of the film:

The storyline concerns the first interplanetary flight to the planet Mars, manned by a crew of five, and launched from Earth orbit near "The Wheel", mankind's first space station. On their long journey to the Red Planet, they encounter various dangers, both from within and without, that nearly destroy the mission.

8
Identify a movie about a princess and geese
5
Cannibal eats himself, in movie or series episode
9
Humans explore Mars, encounter hostile life
4
Derelict spacecraft with oddly shaped doorways opened by enduring shock
5
Anime where modern astronauts get transported to future
8
Movie: astronauts visit a Mars-like planet with aliens passing as humans, alien embarks the ship, which destructs before landing on Earth