Why did Cassian Andor kill that person?

At the beginning of the movie Rogue One, during the first scene featuring Cassian, he receives information from one of his friends (an informant).

At the end of the discussion, stormtroopers arrive, and Cassian kills them. Soon after, his friend asks him why he did that.

He also tells him that he is injured in the leg. Cassian turns around and tells him calmly that everything will be fine, before he shoots him in the back.

Why did Cassian do that? 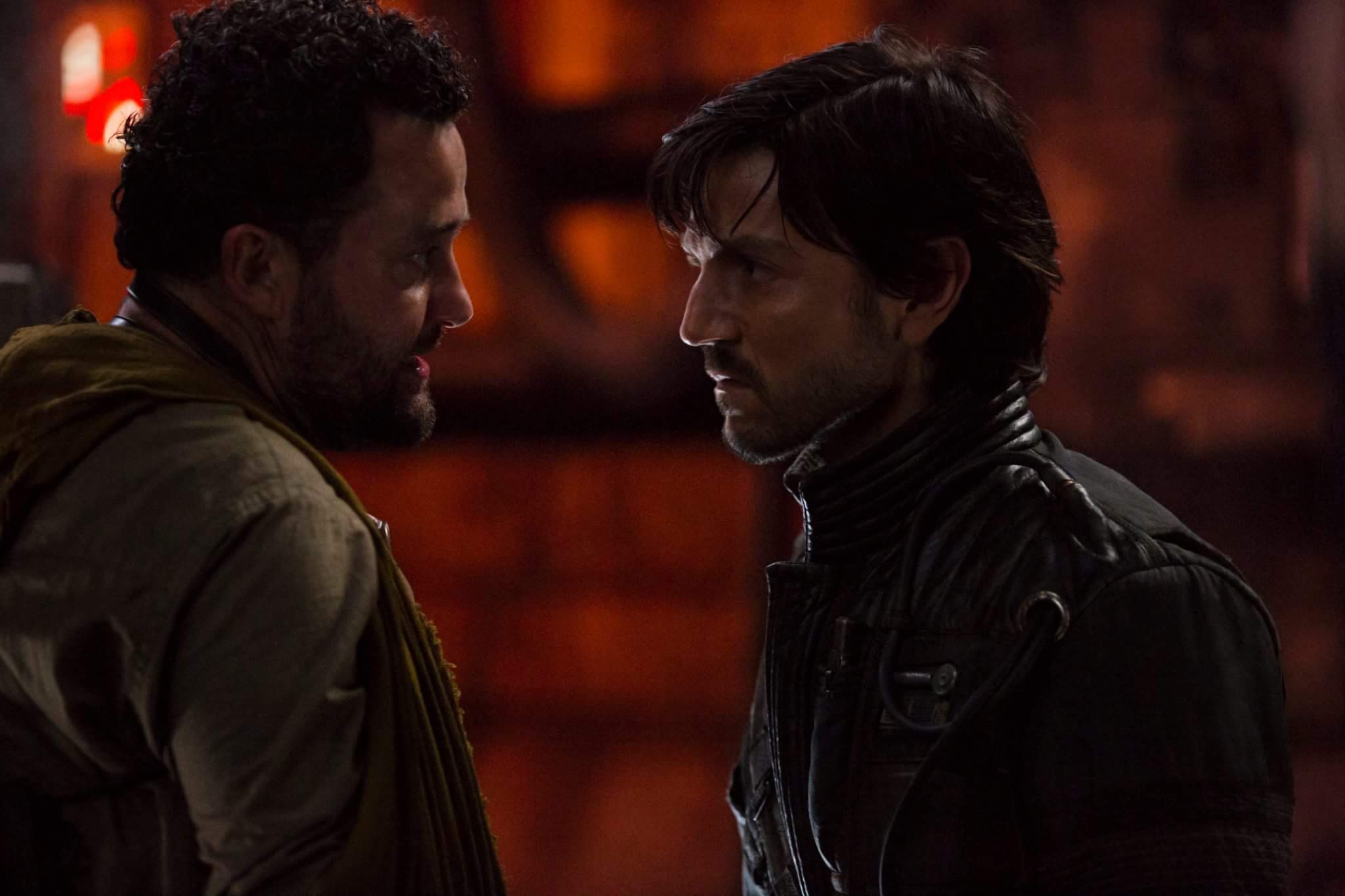 He felt that leaving his informant Tivik in-situ was too great a risk. The stormtroopers were on the lookout for suspicious types and he had no means of extracting him.

Tivik recognized his intent. “Are you crazy? I’ll never climb out of here.” He tugged himself away from Cassian’s grip—Cassian released him after a moment—and adjusted his sling. “My arm…” He rotated his body awkwardly to watch the alley mouth.

Cassian heard footsteps and a distant, distorted yell. He looked Tivik up and down and realized that, in all likelihood, the man was right: He really couldn’t make it up the wall, not without help and not swiftly. In the best-case scenario, by the time both he and Cassian were up on the roofs, the stormtroopers would already have identified them and initiated a cordon.

“We’ll be all right,” Cassian said. And for the third time that day, he squeezed the trigger on his blaster. He heard the sickly electric squawk, smelled burning fibers and worse as Tivik fell to the ground. The informant let out one last little groan, like he’d been troubled in his sleep, and lay still.
They would’ve caught you, Tivik. You would’ve broken. You would’ve died. And neither of us would deliver your message.

The Junior novelisation was even more explicit about his reasoning

A third stormtrooper appeared at the far end of the alley. Rather than charge in to be shot, he called for backup. “Troopers down. Section nine.”
Cassian scanned the alley for a means of escape and spotted some easy handholds he could use to climb out. With Tivik’s damaged arm, though, he’d never make it. Cassian couldn’t leave him there to be captured. The man would crack for sure, and if he told the Empire what he knew…
Cassian had no choice. He leveled his blaster and shot Tivik dead. The stormtrooper stood there, stunned, and watched the man fall.

Rogue One: A Star Wars Story – A Junior Novel

It was a mercy killing. And it wasn't his leg that was injured it was his arm. He wouldn't be able to escape capture so to prevent him from being captured and tortured for information and ultimately killed, Cassian killed him.

7
Who were Cassian and Jyn supposed to meet in Jedha City?

75
Why did Palpatine care about Anakin Skywalker in the Prequels given Palpatine's pretty good Force Vision?
9
Why did the senate freak out upon hearing that Leia was Vader's daughter?
38
Why did Luke leave Owen and Beru's remains?
34
Does this cut material from Rogue One still appear in the novelisation?
4
Has Cassian Andor ever been captured and tortured by the Empire before Rogue One?
14
Why would Krennic trust Galen Erso?
49
Why didn't Luke use his lightsaber during his mission on the first Death Star?
3
Why did Andor mention his gloves here?