Why were the Red Guards so trusted?

From Lords of the Sith:

Only the Royal Guards could be allowed to live--only they could be trusted never to reveal what they'd seen, or even to talk about it among themselves.

Is there any discussion as to how Vader and Palpatine are able to trust them so fully?

They were incredibly, fiercely loyal.

Take a look into our own history and look into the SS, the Schutzstaffel. They started as the guards responsible for protecting Hitler and the higher ups, and ended up growing into something...bigger.

The SS-Totenkopfverbände were responsible for running the concentration camp system, perhaps the largest war crime in history.

The SS-Verfügungstruppe operated specifically at the orders of Hitler, and following the Führerprinzip, they were incredibly loyal to Hitler.

The Waffen-SS were the military arm of the SS as part of the Wehrmacht, with the most infamous being the 1st SS Panzer Division "Leibstandarte SS Adolf Hitler." Named after their dear leader, the 1st SS Panzer was completely populated by the most completely loyal soldiers to the Nazi party.

With an entire country to pick from, and decades of time available to hand picking and training and indoctrinating the SS, the Nazis had a fiercely loyal group of men, willing to die at the Führer's orders, willing to do anything for the Fatherland. No war crime was too dirty, no task too deadly, no suicide mission too grim for these men. They were responsible for the Holocaust, and for the equivalent liquidation of Soviets, without question.

And they did all this without The Force.

With an entire galaxy of troops, and decades to hand pick his guards...Palpatine could certainly make an equivalently loyal set of guards; with the Force as his ally, he'd be able to actually detect and quantify their loyalty, and weed out any who didn't match up to snuff. He certainly could have Force-Brainwashed them...but the problem with brainwashed people is that they don't function 100%. What you need are indoctrinated cultists; people so deep into the Kool-Aid that they are willing to ignore anything out of their imposed worldview, to worship a single man, and to accept anything he does as morally right and lawful.

I don't know of anything in canon to support this, but I've recently read a book in Legends to support this. In Specter of the Past, we meet up with Grodin Tierce, the clone of a Royal Guardsman. The clone says this about the Royal Guards:

A Royal Guardsman never seeks special privileges, ever. His entire goal in life is to serve the Emperor, and the New Order he created. This is his goal in life, and his desire in death.

As pointed out in the comments, as far as EU resources go, the Crimson Empire graphic novel is probably the place to look.

The book describes the training process of the Imperial Guard in great detail. The training is, as one would expect, kind of brutal. Only the toughest and most loyal recruits make it to the end - the others die.

In the book it is implied that out of an initial group of around 40 recruits, only 2 make it to the royal guard. So you have to be pretty convinced of the cause from the beginning, if you are willing to take those odds.

The only consolation that the recruits have is that they are trained in pairs, so they can always rely on their training partner:

Of course, there is a catch to all this. In a final test before Palpatine himself, the training partners are put to an unexpected duel. Only if they are willing to kill their partner on the Emperor's order, they are deemed worthy to join the guard.

The cover of the second issue depicts such a fight to the death between training partners: 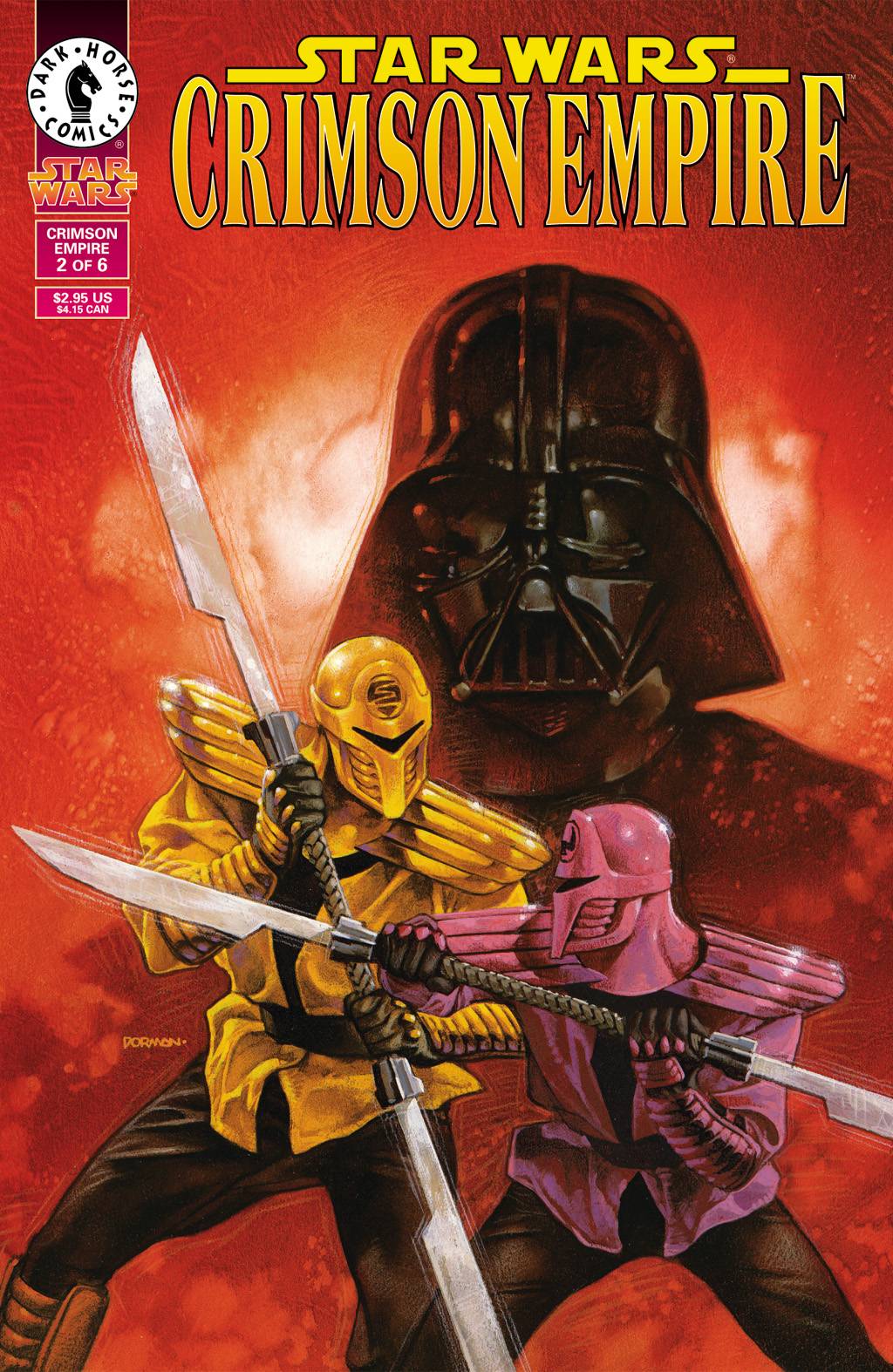 So yeah, you basically have to prove that you are willing to kill your brother at the whim of the emperor. Seems loyal enough to me.

30
What were Anakin's new powers?
6
Was Anakin redeemable because he was not fully fallen?
24
How did Grand Moff Tarkin Feel About Darth Sidious?
20
In canon, has a Jedi ever used the light side to kill a Sith?
3
How controllable are force visions?
71
Was Luke in “Return of the Jedi” really “better” than Obi Wan in “Revenge of the Sith?”
28
Did Palpatine draw power from Hatred or Suffering?
10
Why did Chancellor Palpatine reveal to Obi-Wan that Count Dooku was a Sith Lord?
49
Is there an in-universe explanation given to the senior Imperial Navy Officers as to why Darth Vader serves Emperor Palpatine?