What's wrong with this cat from Witcher 3: Wild Hunt?

At one point in The Witcher 3: Wild Hunt, Geralt has to enter a certain house in Oxenfurt. In that house, there is a cat: 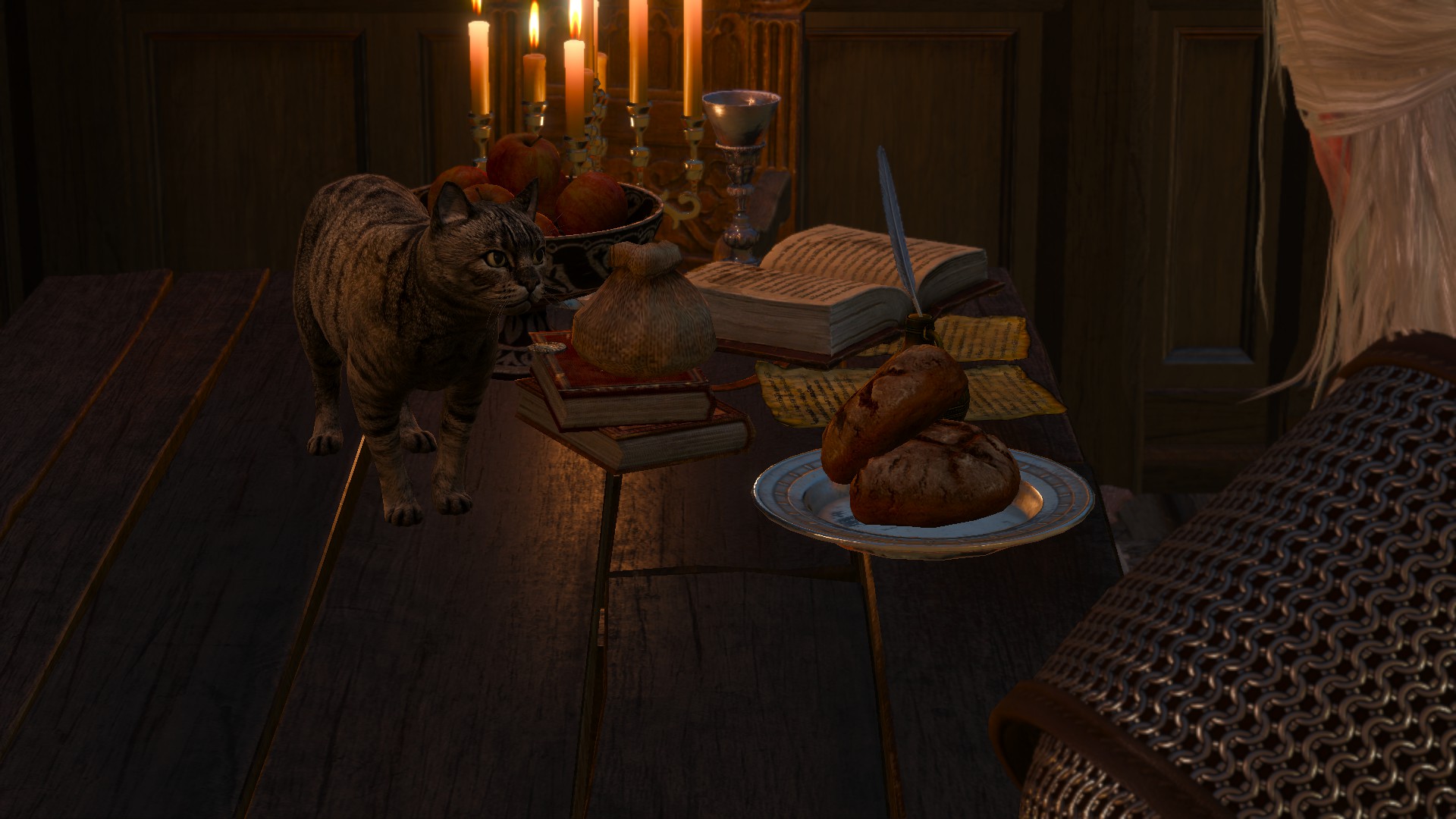 Now, it is well established in the books that cats don't like Geralt - or maybe any witcher - probably because of witchers' cat-like eyes.

One example of that is the cat of Codringher, whom Geralt visits to solve some problems related to Ciri. Poor cat jumps off the chair it was resting on, which prompts a small banter between Geralt and Codringher.

However, this particular cat express no disgust or fear towards Geralt - on the contrary, it behaves rather indifferent. 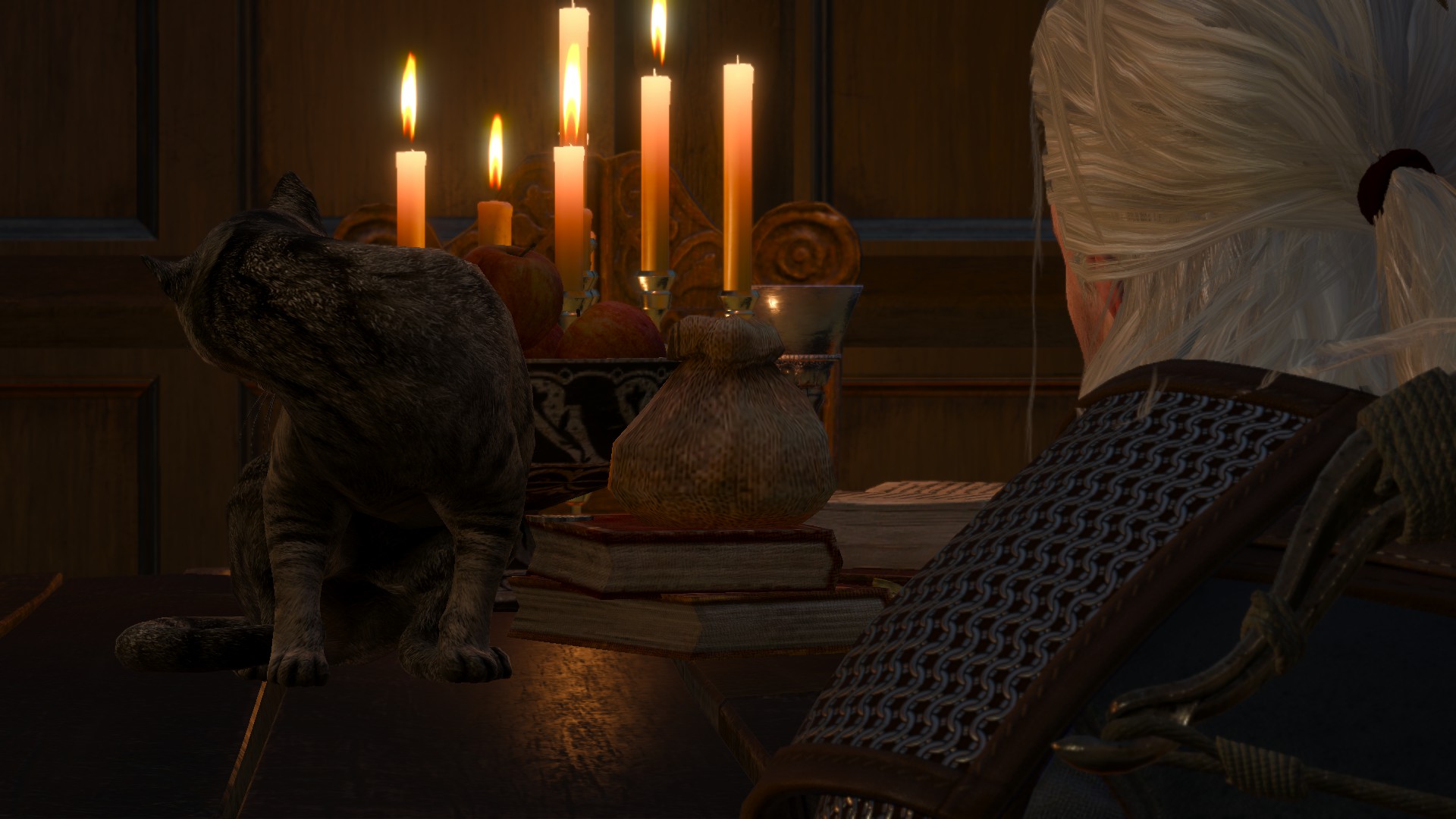 This all brings me to my question: what on Earth is wrong with that cat? Is just a normal cat, but without prejudice towards witchers? Is it a spy sent to... spy on Geralt? Is it a shapeshifter? What is it?

That one resolved itself rather easily. Searching for witcher 3 cat yielded, among some Cat School gear acquisition guides, an article by Kotaku, which I thought was too interesting not to share.

It turns out that I am not the only person wondering about that cat - Nibbles. There is a whole thread at Reddit discussing same concerns as I do. Apparently, a lot of people were wondering about Nibbles, given also that it appearred at other point during the game, and even in the expansions!

The community was so interested in this, that the developers of the game had to explain the role of Nibbles. The same Kotaku article quotes Kajetan Kapuściński, the cinematics artist (emphasis mine):

The truth is Nibbles was born as a filmmaking trick due to a technical necessity that came up [. . .]

[. . .] we needed a diversion for that short period of time. So I sat down with one of the quest designers and we added a cat sitting on a table to the scene. We had it play a small role where it would interact with Geralt by exchanging stares with the Witcher, distracting players [. . .]

Nibbles might not be part of some bigger plan, or a cursed character, or a mage practising the art of polymorphy. But he’s our little actor that started out small, and, through hard work, has managed to become the star of its own little internet legend. We couldn’t be any prouder of Nibbles!

All in all, the cat turned out to be just a cat. It is left unclear whether the developers are aware of the fact that cats generally don't like Geralt, but I thought this trick was rather interesting - given it led to such a community effort to identify the part this cat plays in the game. 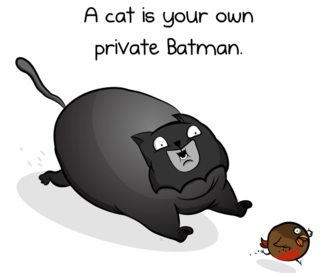 Not the answer you're looking for? Browse other questions tagged video-games the-witcher or ask your own question.

2
Why do digger-zombies walk in the wrong direction after emerging from the ground?
6
Why do riders of the Wild Hunt develop icing after teleportation?
3
How did Geralt of Rivia escape the Wild Hunt
6
When did Geralt ride with the Wild Hunt?
9
What existing songs, if any, was the soundtrack of "The Witcher 3: Wild Hunt" based on?
8
Seeking a game like Hunt the Wumpus but with graphics, RPG elements, and a balrog
7
Was the Wild Hunt and the Red Riders the same thing in the books?
4
How was Leo Bonhart from "The Witcher" able to kill three Witchers?
10
Who are all the characters from the UK book covers of The Witcher series?
31
Can you identify this game from 1991 or before?