I think I read this one in a hardback anthology that I checked out from a public library sometime in the 1990s. Definitely an English-language collection, with stories by various authors, although I don't recall any of their names. Here's what little I do remember about the plot of one story which seemed to be set some centuries in the future.

Someone by the name of Guest posted an "answer" with more details, including key words of "TECT" and "Anaben". A Google Books search for those terms brought up excerpts in James Gunn's The Road to Science Fiction volume 4: From Here to Forever, from which I worked out that it was George Alec Effinger's "The Ghost Writer". Open Library has a copy of Universe 3, which contains that story, and it is a match. 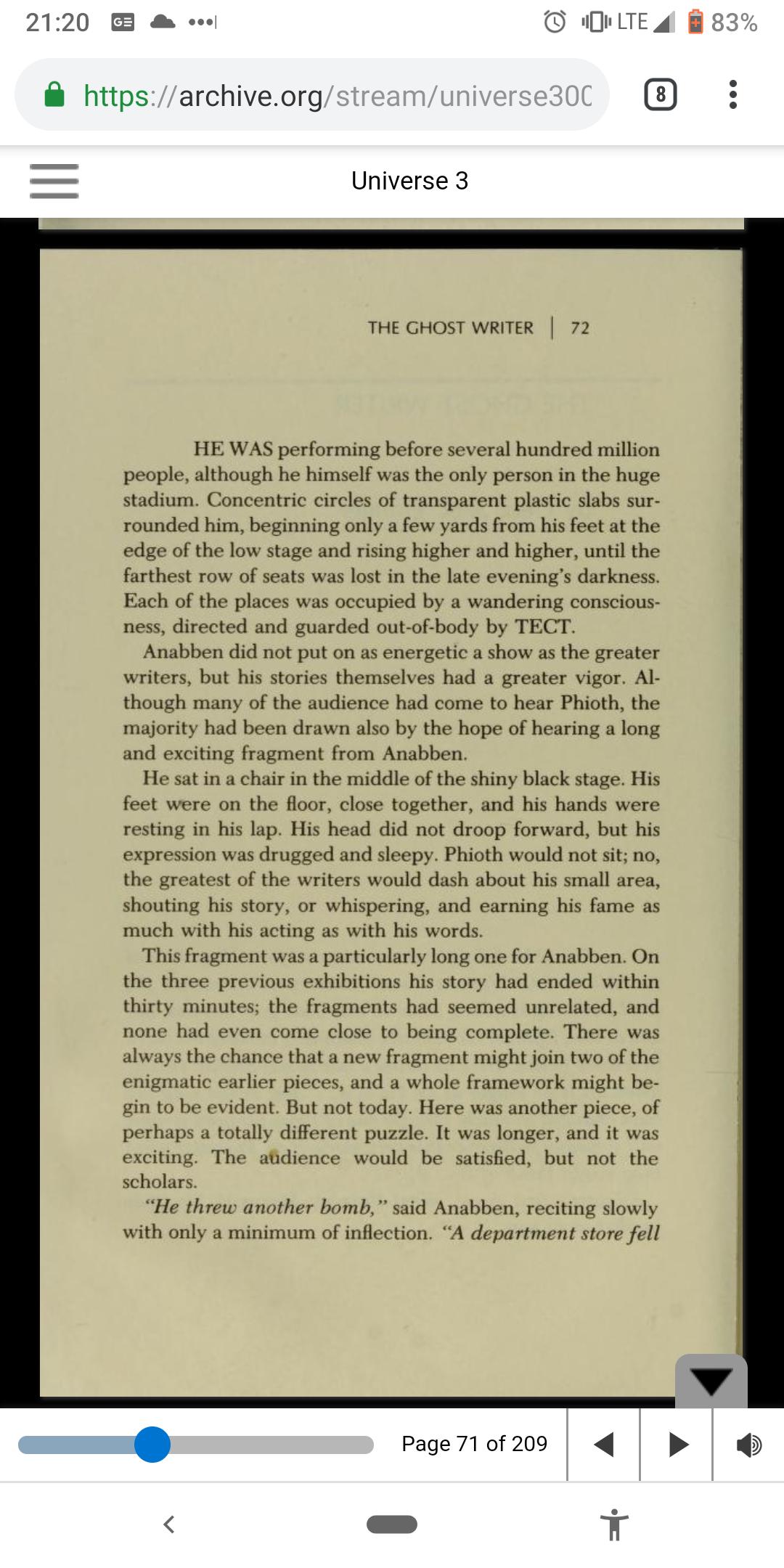 HE WAS performing before several hundred million people, although he himself was the only person in the huge stadium....

It ends as you remember. A young boy tried to access the TECT, but is lost, whereupon Anabben admits he never actually traveled mentally via TECT. 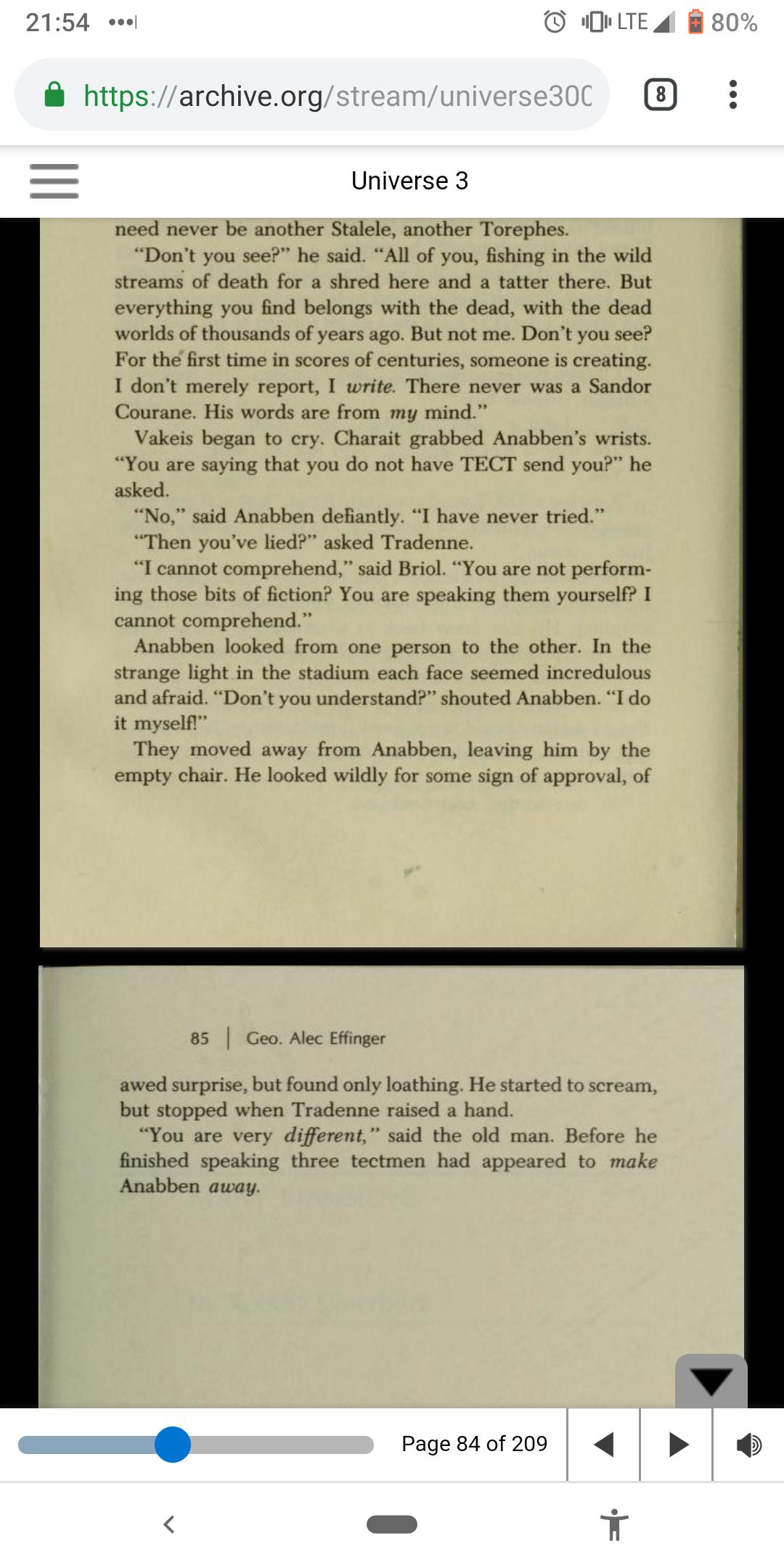 "... I don't merely report, I write. There never was a Sandor Courane. His words are from my mind.".

Then, three "tectman" make him disappear for his sin.

It seems TECT was a plot element of other stories (and Sandor Courane did exist) as per this Kirkus Review of Wolves of Memory:

Super-computer TECT rules Earth, and everything's rosy--except that TECT seems determined to persecute unassuming Sandor Courane by forcing him into jobs for which is is patently unsuited. After Courane's third failure, TECT exiles him via matter transmitter to planet D, Epsilon Eridani, where he joins an agricultural community of fellow-exiles. But D's occupants are dying off at an alarming rate from an affliction (resembling Alzheimer's disease) whose most insidious symptom is progressive memory loss. Courane assumes that the exiles form two groups: incurables, sent to D to die, and prisoners (like Courane himself), whose punishment is to care for the dying. But D itself is the source of the disease, Courane discovers, so he struggles to find a cure and some explanations.

TECT and Courane also appears in the follow-up story, "Fatal Disk Error", although there, Courane is a science fiction author, killing off his literary creation. It and The Wolves of Memory are included in the collection, A Thousand Deaths, which gets more Courane tales, albeit not involving TECT.

10
Story about ghosts on a quest for a new home
15
Story or novel about humans being rare in the galaxy, and protagonist is searching for earth
20
Short story about future where living space is at a premium
10
Short story about Vikings in the New World. One of them becomes a werewolf through a form of mass hysteria
8
Old story about New York City having become "Black New York"
15
Story where planets have a tradition of hoaxing new arrivals to them
7
Story concerning a mobile phone that contained the only non-DRM copies of all the world's literature
9
Story/Novel where Old Ones dominate modern world