Are Deathclaws based on the Rancor? 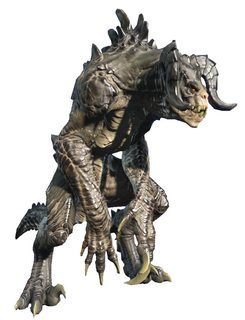 Is there any evidence that the designers of the Fallout Series of games used the Rancor from the Star Wars universe as inspiration for the Deathclaw? 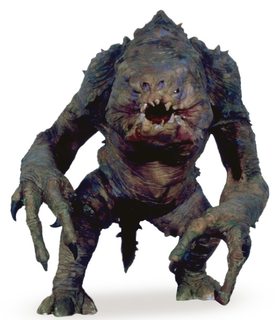 Both are lizard like in appearance, have oversized hands, walk on their hind legs, have forward facing eyes (even though in the case of the Deathclaw, a mutated chameleon should maybe have them facing to the side), and have a well earned reputation for savagery and destruction.

In the latest game, Fallout 4, there is a quest that takes you into a building, and upon investigating you end up in an area built around a pit. When you fall into the pit a Deathclaw appears through a hole in the wall. This certainly put me in mind of the Rancors entrance in Return of the Jedi 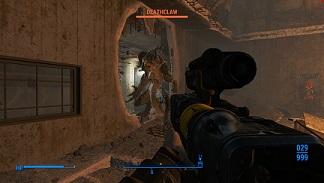 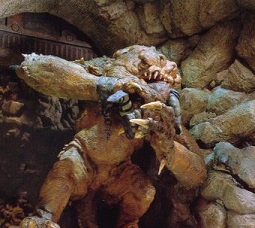 Upon dispatching the Deathclaw you notice that there are a lot of remains in the pit and it is pretty obvious that the raiders in the building had been throwing prisoners to the Deathclaw below.

This definitely to me had a strong hint of a homage to it.

Am I just looking too deep into this or are there documented links between the two?

According to the Fallout Bible, after a Dungeons & Dragons computer game made by Interplay was canceled, Deathclaws were modelled (visually) on the Tarrasques of the D&D canon, as a Tarrasque clay model was already made. 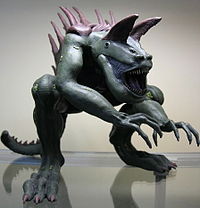 Here is a Tarrasque from a D&D Bestiary 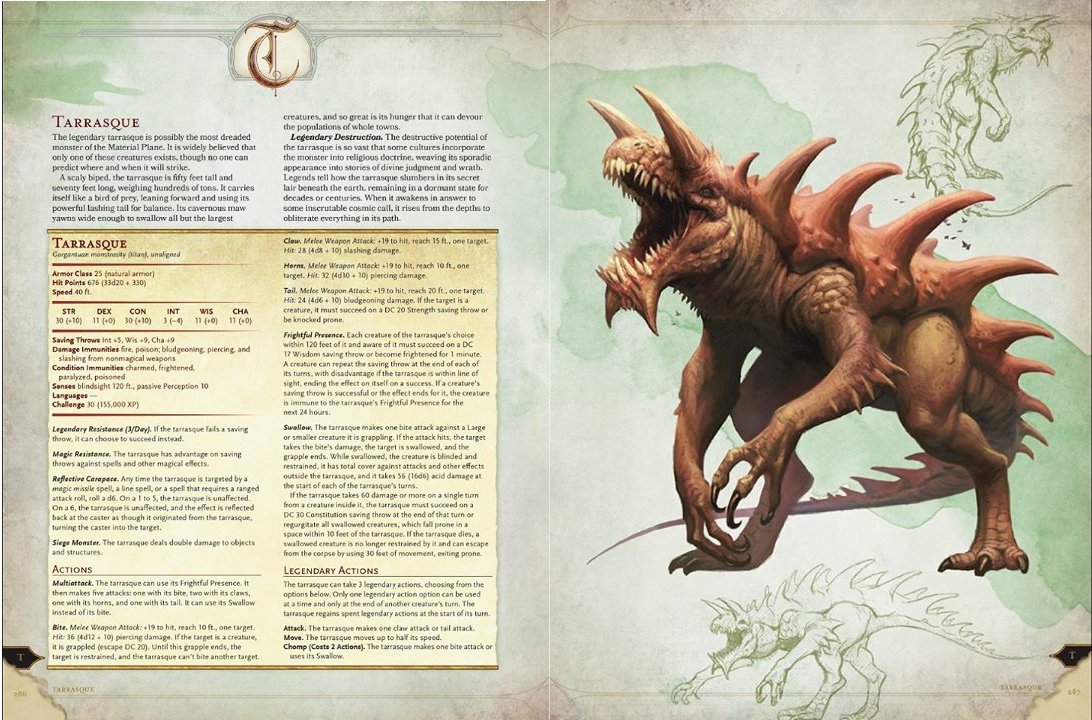 However, according to Chris Taylor, while they do look Tarrasque-like, it was not intentional and the clay model was supposed to be a Deathclaw from the start.

Chris Avellone in Fallout Bible 7 cites Wasteland, the game around which Fallout is modeled:

First off, deathclaws pay homage to the "shadowclaws" in Wasteland. They lurk in the mines near the Ranger Base. They are very tough and scary and can make you wet your pants.

This Bible edition further cites AD&D's 2nd edition Monstrous Manual, which like the other answer available here, it's likely Avellone is referring to the Tarrasque.

Not the answer you're looking for? Browse other questions tagged star-wars fallout or ask your own question.

31
How did Jabba get his tail injured in/before "Return of the Jedi"?
11
How many Vaults are there in Fallout game universe?
9
Where do the children in Little Lamplight come from?
4
Did the nuclear war preceding the Fallout video games cause a nuclear winter in its aftermath?
4
Was the Rancor handler able to go into the enclosure unprotected?
11
Who are the other "Unstoppables"?
10
Does Vault-Tec exist outside the US?
8
How was the pre war knowledge known?
3
Why didn't "Father" use the same anti-aging treatment as Kellog?
15
Why didn't Luke just Force choke the rancor?