I read a story in which an alien exchanges a series of letter with a human, over the course of which he convinces the human to swap bodies with him. Towards the end of the story, it is revealed that the alien was a prisoner in his home planet, and he had tricked the human. Further, we are told that the human was actually in a wheelchair, and he was the one who actually tricked the alien.

"Dear Pen Pal" aka "Letter From the Stars", a short story by A. E. van Vogt, first published in The Arkham Sampler, Winter 1949; the reprint in Nebula Science Fiction, Number 1, October 1952 is available at the Internet Archive. This popular story has come up before on this site, here and here.

The one-sided dialog takes the form of correspondence from Skander, an alien, to an unnamed human whose replies are not presented. Skander spends some time in the first letters describing his home planet of Aurigae II, a hot planet circling a star in Auriga. Later, Skander admits that he is a criminal, incarcerated for conducting illegal scientific experiments. Desiring to see his pen pal, he sends several photographic sheets that can be exposed if the user simply thinks about a picture being taken.

The last letter is from the unnamed human back to Skander. The human is now in Skander's body. He realized long ago that Skander was trying to scam him, and immediately took the "photographs" to the Earth authorities. They informed him they were a form of consciousness transfer device that Skander was attempting to use to escape from prison. Learning this, the human went through with the process anyway.

He hopes that Skander will enjoy the short time that he has left, trapped in a dying wheelchair-bound body.

A partial match, Robert Sheckley's 1966 Mindswap has Marvin Flynn, the protagonist, swap with an alien who turns out to be a prisoner. However, I don't believe Marvin is crippled in any way, and it's a full-length novel where the prisoner twist is learned early on. 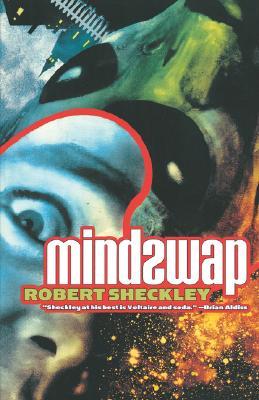 In the future, interstellar travel to alien worlds will be too expensive for most ordinary people. It certainly is for Marvin, a college student who wants to take a really good vacation. And so he signs up for what he can afford, a mindswap, in which your consciousness is swapped into the body of an alien lifeform. But Marvin is unlucky, and finds himself in the body of an interstellar criminal, a body that he has to vacate fast. But that criminal consciousness has stolen Marvin's earthly body, and Marvin has to find a body on the black market.

Travel from world to world with Marvin, each one crazier than the last, as he keeps finding far from ideal bodies in awful situations, just to stay alive.

8
Earliest story with mind-transfer to a biological body custom-made to replace a worn-out/dying body
9
Short story where an alien convinces a human to exchange consciousness with it
11
What is the story in which a man and an alien are penpals?
7
Science Fiction Short story collection

14
Story about human space explorers who run into alien telepath space crew
14
Feline alien race, crashed human starship
13
Short Story About Contact With An Alien Race That Extruded An Elixir
10
Short story ending with human chased by huge, tripedal, spinning sentient worm alien
7
Book with blob-like non-humanoid alien that fuses with human
11
Scifi short story. Alien makes first-contact with humanity but finds us overly obsessed with sex
10
Lost SF Short-Story, Solitary Human Explorer, too powerful to act. Alien POV
16
Trying to remember a book about a human male travelling to alien planet
9
Short story where an alien convinces a human to exchange consciousness with it
22
Story about a space war, and a human prisoner of war captured by alien enemy