Why doesn't Supergirl make a time-paradox to save Krypton?

This is a follow-on to this:
Why doesn't Superman make his own Flashpoint paradox to save Krypton?

That question asks why doesn't superman go back in time and do something to save Krypton or at least some Kryptonians from the doom.

Question:
Why doesn't Supergirl make her own Flashpoint paradox to save Krypton?

Elaborations:
The motivations for Superman to not make a paradox, as enumerated in the answer to the previous question, include:

While these are particularly true for Superman/Kal-El, there are some differences for Supergirl/Kara. Not only is she going to have stronger motivation to save Krypton, she is more likely to engage them in the face of their risk and complexity, and more likely to act if she thinks it is plausible.

Disclaimer: I watch much more TV than read comics, so the Kara I know is from the TV show. (Arrowverse?) The superman I know comes from lots of cartoons, and a few TV shows since. If you have something to suggest from outside my limited experience, then I welcome it just as well as things from within my framework of understanding.

In the 2012/2013 Superman story arc H'El on Earth, Supergirl is wooed by a Kryptonian named H'El and is convinced to attempt to go back in time to stop the destruction of Krypton. Unfortunately, H'El's method of time travel involves creating an explosion large enough to wipe out the entire solar system.

Supergirl plays an integral role in advancing H'El's goals but comes to her senses at the end of the story and stabs H'El with a Kryptonite shard, killing him.

Or so they think.

Things get a little nutty after that. The H'El on Earth story arc ends here and the Krypton Returns arc begins. Basically, Superman, Superboy, and Supergirl travel in time to pre-explody Krypton to stop H'El from preventing Krypton's destruction (and enslaving its population in the process).

The important thing to remember here is that the story illustrates the importance of maintaining the time stream and keeping history from getting all mucked up. A major portion of the story revolves around H'El's time altering causing the end of the universe.

Superman has been pulled into outer space by an unknown force. There, he meets up with Superboy and Supergirl. The three meet the Oracle, who explains them that H'El, who survived their earlier encounter, has managed to bring Krypton back to life. However, H'El also altered the timeline and they must stop him from destroying the universe. With the help of Faora, the Oracle's servant, the three heroes travel to different points of Krypton's history to stop H'El's plans. Superman travels to Kryptonopolis a few months before Krypton's destruction, where he meets his mother Lara.

At first, Lara confuses Superman for an intruder and attacks him but stops after seeing the symbol of El in his armor. She also detects yellow sun radiation in his body and says he should wait for Jor-El. Superman watches Lara tell Jor-El that she is pregnant, but then his armor changes back to its usual colors. In that moment, Superman confronts a mysterious person who is aware about his travel in time.

This stranger is in fact Jor-El, who came from one of the alternate futures created by H'El. Realizing he was the one who created H'El, Jor-El has come to the past to stop H'El from conquering Krypton. Superman and Jor-El travel to Krypton's core and fight H'El. At first, Jor-El wants to kill H'El but Superman instead uses H'El's own chronal powers against him and freezes him with his super-breath, locking H'El in a state of eternal limbo. As Superman and Supergirl are reunited in the present, the Oracle informs them that Superboy sacrificed his life to stop H'El. Mourning the loss of their friend, Superman and Supergirl return to Earth. 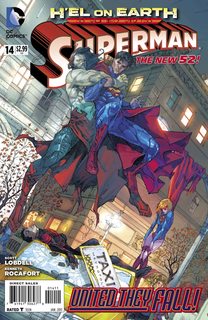 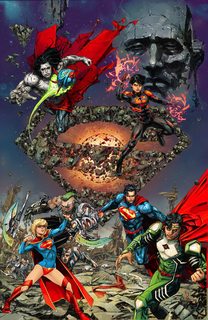 The answer to every question of this nature is "because the few people capable of doing it know that it's a terrible idea."

Your question seems to make the assumption that we're only talking about the CW television shows that make up the "Arrowverse" (e.g. you mention her sister, her relationship with The Flash, etc.) If we restrict ourselves to that universe, then here's what Kara knows about Flashpoint:

If Kara were to somehow figure out how to time travel, and went back to save an entire planet from blowing up, there is no telling what kind of disaster she might create for herself. Remember, when Barry did it, he changed things that had absolutely no connection to himself (e.g. Diggle's kid's gender), because that's how time travel works. The disruption in the timeline ripples out away from the paradox, changing things (almost always for the worse) as a reaction to time being disturbed. A change on the level you're talking about could well cause something worse to happen than the destruction of just one planet with only 2 survivors.

Kara has no way of knowing. And she's a good person at heart. She's not going to risk the potential deaths of countless beings across the universe for what, in her mind, would be "selfish" reasons of getting her parents back. She has made peace with the tragedy, and in her mind, that would have to be good enough.

The Guardian of the galaxy can go back one minute after Superman was sent to Earth, and save Krypton with the help of Supergirl.

Not the answer you're looking for? Browse other questions tagged dc time-travel arrowverse supergirl flashpoint-paradox or ask your own question.

9
Why doesn't Superman make his own Flashpoint paradox to save Krypton?