Has Batman ever been the dictator?

In Injustice: Gods Among Us and other elseworlds stories, the main theme is usually Superman for whatever reason decides to stop playing nice and enforces peace. Being the Man of Steel, he typically has no trouble doing this. Batman and sometimes a small handful of other heroes take the role of the freedom fighters opposing Superman's dictatorial regime.

I find this interesting, because Batman is typically the person with the skillset that one would associate with a police state -- He has files on literally every person on earth, he keeps black mail, he has worldwide surveillance, he can hack into and disable just about any persons electronics -- Not to mention he has butt loads of disposable income.

That being said, in a story where the Justice League starts to enforce peace, has batman ever been the dictator to another leaguer's freedom fighter?

Although not an example of Batman as THE Dictator, it is an example of him as a dictator. Absolute Power was a story arc in the Superman/Batman comic books series. The story arc started in January 2005, about the changing of the timeline causing Superman and Batman to become dictators of the World, Kings. Living by the rule of "Obey or Die". In a fight, between Superman and Batman, and, Wonder Woman and Uncle Sam with Green Lantern's ring the timeline becomes upset and Superman begins to remember things. 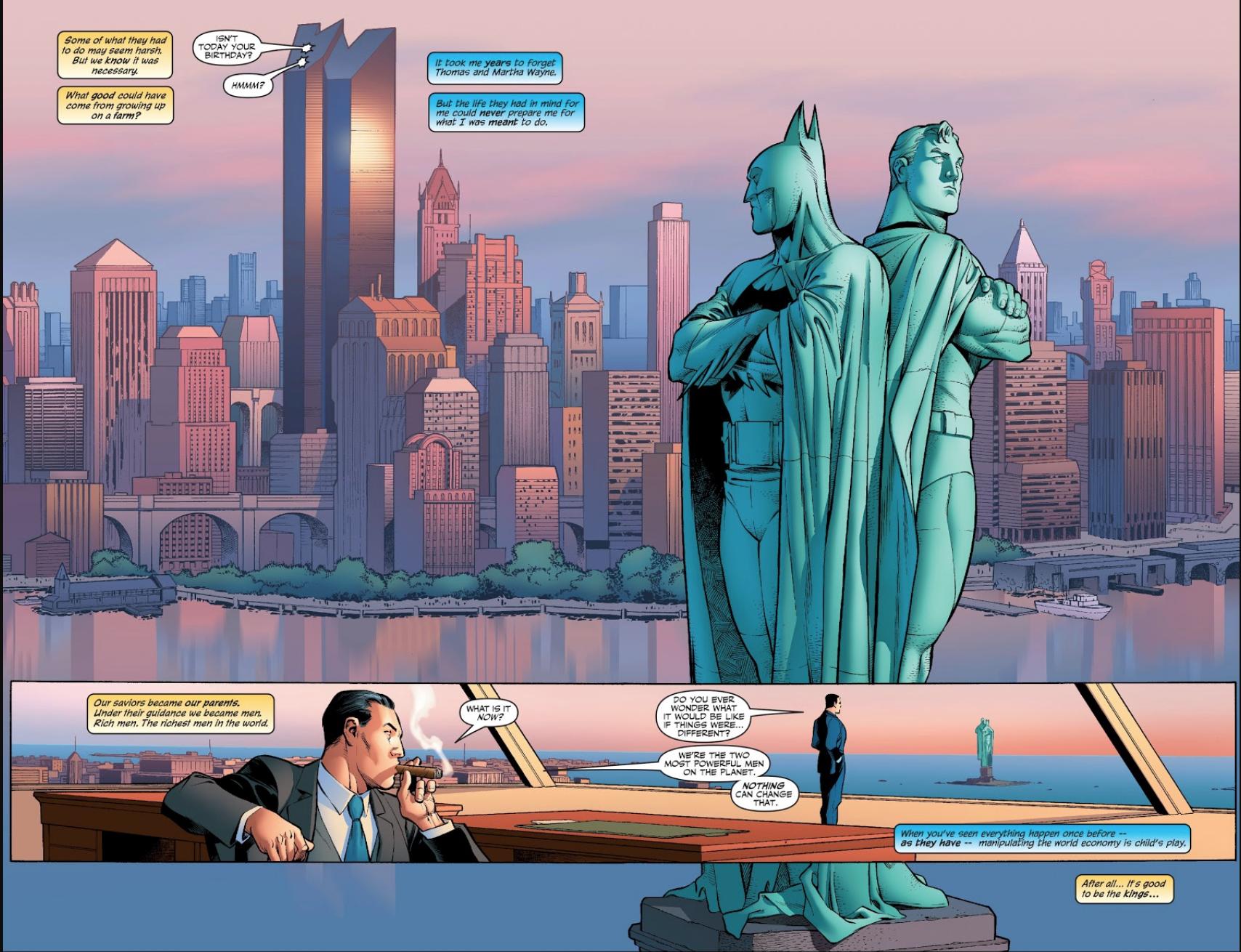