Is the story arc of “The Twelve” available in collected format?

The various X-Men titles had a story arc back around the late 1990's where Apocalypse was kidnapping Omega-level mutants that represented each element. If I remember correctly, he ended up merged with Cyclops at the end and it was also when Wolverine got his adamantium back after Magneto had removed it.

What was the name of the described story arc, and is it available in a collected edition / trade paperback format?

I hate to answer my own question, but I found the answer after some additional searching. Turns out the story arc was released in two collected editions titled "X-Men vs. Apocalypse". Both titles are available on Amazon as well, although I actually found them elsewhere initially. 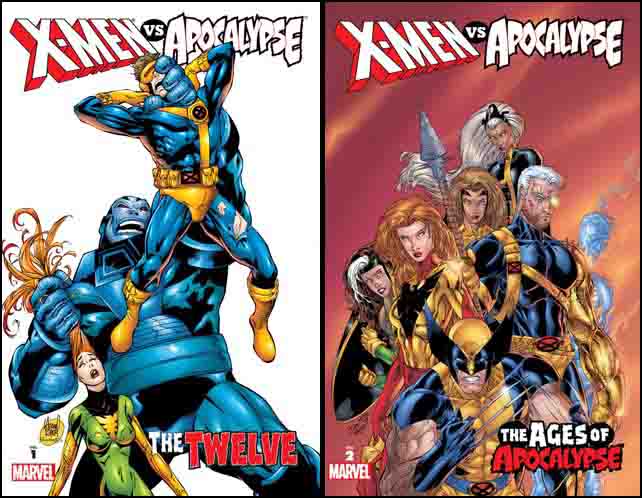 19
X-Men Story/Chronology 2000 - 2010
16
Which Marvel Comics eras and story arcs does the '90s X-Men cartoon reflect?
5
Which X-Men story arc shows the team investigating a radio blackspot in China?
3
What are all the R.I.P.D. comics currently available?
3
Which episodes of X-Men: Evolution cover the Apocalypse story arc?
5
What collected editions does Dust (Sooraya Qadir) make a significant appearence in, prior to/including Utopia?
6
Was there ever a villan who collected Spider-man's discarded webbing or stole his cartridges/webshooters?
2
What are these uniforms/artifacts collected by Red Skull in the “Old Man Logan” storyline?
4
X-Men story identification: Firestarter boy
10
Comic story arc/issue where Deadpool is eaten by zombies and the zombies all turn into Deadpool clones