The spaceship, Endurance, was small, barely having enough space for 4 astronauts. One astronaut, Romilly, was left behind on the Endurance for 23 years. He hibernated for much of that time, but he still visibly aged so he must have spent much time awake.

How did he get food?

We don't see hydroponic gardens on the Endurance. The spaceship is too small for a huge storage cabinet full of food.

Is there anything in the movie, Interstellar, or the novelization that mentions food supply?

No specifics are given in the film or the film's novelisation regarding the food situation. We know from the dialogue that he used the cryo-sleep pods to hibernate for a couple of long periods (10+ years apiece?) in addition to spending several years on his own.

BRAND: Why didn’t you sleep?

ROMILLY: I did a couple of stretches. But I stopped believing you were coming back, and something seems wrong about dreaming your life away. I learned what I could from studying the black hole, but I couldn’t send anything to your father. We’ve been receiving, but nothing gets out.

Assuming he was fully awake for three entire years, he'd have needed at around 1500 calories a day which equates to around 700g per day of astronaut food. This figure might be even even less given that food-science has evidently improved in the future. Romilly would have needed a grand total of 700(ish) kilos of food, an amount that could easily have been stored in one of the two large habitat modules.

The Habitat Modules also contain the stores of consumables required for the mission. Water and air recycling units as well as primary life support are housed in the Habitat Modules below the floor of the crew cabins,

He might also have been cutting into the "surface mission stores", which presumably also contain some food.

The lower sections of these pods contain surface mission stores and can be detached and ferried down to a planet’s surface using the Lander craft.

For the record, 700 kilogrammes of Skittles looks like this. If the food of the future was in pill form, there would have been enough space in the hab module for approximately 100-150 times as much as the amount below. 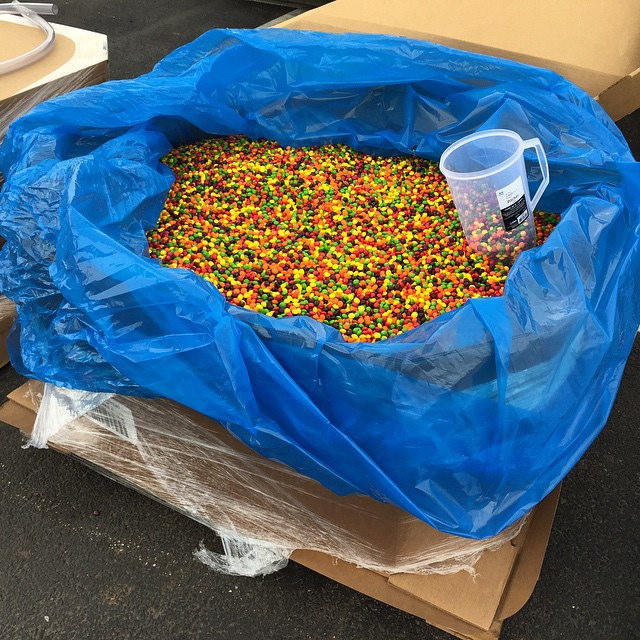 Not the answer you're looking for? Browse other questions tagged interstellar food or ask your own question.

25
How do the Elves in LOTR (canon) obtain their food?
8
Shouldn't the food have run out?
10
Food in the Star Wars Universe?
12
Food availability in The Expanse novel series
6
How does walking dead still have edible (canned) food?
6
How the Magic World obtains their food?
2
How did Morgoth's army get food while inside Thangorodrim?
4
How are TARS and CASE powered?