In which galaxy (or galaxies) are the Culture present?

They have ships that can travel really fast and really far, but galaxies are big. Have they spread to more than one galaxy?

Is the name of the galaxy known? And how far is it from the Milky Way (if it is a different galaxy)?

The Culture novels are set in the Milky Way galaxy.

Iain M. Banks wrote the following in an essay called "A Few Notes on the Culture" that was posted to a newsgroup by his friend Ken MacLeod:

The galaxy (our galaxy) in the Culture stories is a place long lived-in, and scattered with a variety of life-forms. In its vast and complicated history it has seen waves of empires, federations, colonisations, die-backs, wars, species-specific dark ages, renaissances, periods of mega-structure building and destruction, and whole ages of benign indifference and malign neglect. At the time of the Culture stories, there are perhaps a few dozen major space-faring civilisations, hundreds of minor ones, tens of thousands of species who might develop space-travel, and an uncountable number who have been there, done that, and have either gone into locatable but insular retreats to contemplate who-knows-what, or disappeared from the normal universe altogether to cultivate lives even less comprehensible.

No mention in any of the books is made of the Culture having a permanent presence in another galaxy, but they have been shown to visit other galaxies. For example Jernau Morat Gurgeh in The Player of Games travels from the Culture to the Empire of Azad in the Small Magellanic Cloud, about 200,000 light-years away, it takes Gurgeh about 2 years to make the trip.

I don't recall seeing any reference to the Culture having spread to more than one galaxy, but they apparently are in our Milky Way galaxy,

as they have visited Earth, in The State of the Art.

We have proof-positive that it's the Milky Way Galaxy (e.g. our own galaxy) in Excession. The GSV Sleeper Service decides that it's going to take a long trip out of the galaxy to one of its nearest neighbours.

'Have you decided where we're going yet?' Zreyn asked.
The avatar nodded. 'I think… Leo II,' it said.
'Not Andromeda?' Zreyn said.
Amorphia shook its head. 'I changed my mind.' 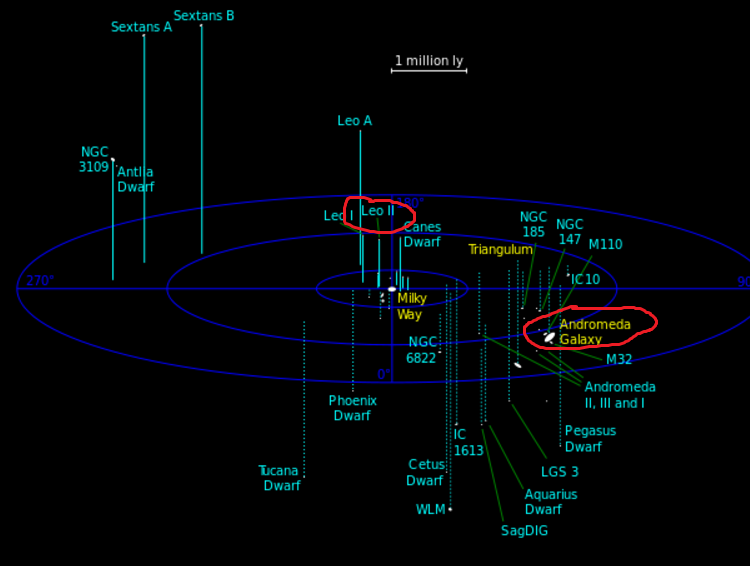 And as has been pointed out, the Culture actually make first-contact with Earth in the late 1970s in The State of the Art.

By the spring of the year 1977 AD, the General Contact Unit Arbitrary had been stationed above the planet Earth for the best part of six months. The ship, of the Escarpment class, middle series, had arrived during the previous November after clipping the edge of the planet's expanding electro-magnetic emission shell while on what it claimed was a random search.

Not the answer you're looking for? Browse other questions tagged the-culture or ask your own question.

22
Does The Culture possess FTL communication?
8
Source for Culture timeline

8
Source for Culture timeline
3
Are there any couples in the Culture?
9
Are Effectors unique to Iain M. Banks's “Culture”?
22
Does The Culture possess FTL communication?
5
Population growth in The Culture
9
What is the life expectancy in The Culture series?
4
Does any Ship appear in more than one Culture novel?
5
Who set the agenda of Special Circumstances in the Culture novels?
6
In “Consider Phlebas”, why does the Mind need to use a combination of hyperspace and warp to go beneath a planet's surface?
1
How much storage does a Mind (from The Culture series) have in today's computer storage terms?