What does it say on Data's suitcase? [duplicate]

In the TNG episode "Measure of a Man", we see Data's travel bag opened to show various items of relevance. On it, it appears that Data has some other titles, names, or honorifics. It reads as “Lt.Cmdr. ???/??? Data”, where between his (known) name and rank there seems to perhaps be text (possibly a series of acronyms?) but it's not clear. Are these symbols simply patterns and line art filling up space, or is there some other meaning here? 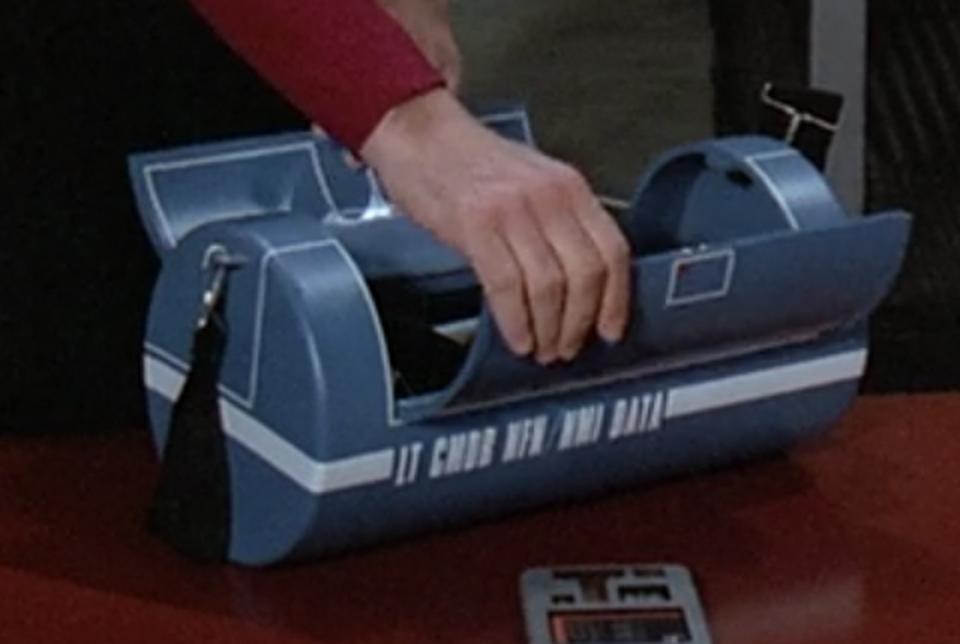 I just rewatched the relevant parts of the episode on Netflix HD. That image is already a crop from a full frame, so I don't know that you'll get much more detail there. I couldn't, anyway.

My first thought on seeing it was that it read "NFN / NMI" for "no first name" and "no middle initial", which agrees with Kevin's observation in his comment. Data is his only name. Personally, I would have considered it his first name, with no other names, but official recordkeeping databases don't always manage to deal with the full complexity of even human names, much less names for androids and non-human beings.

As Dranon speculates and is mentioned in the comments, the letters are NFN/NMI which most likely stand for No First Name / No Middle Initial. These letters are also seen (somewhat more clearly) on Data's Starfleet Academy diploma from the same episode (at the bottom of the frame): 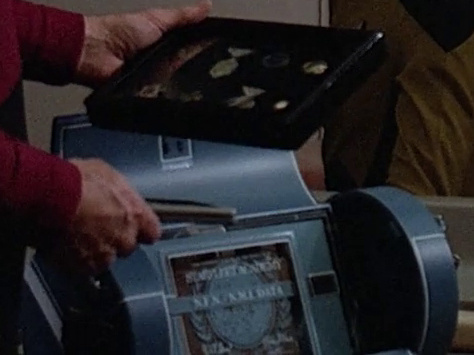 48
What is Mr. Data's full name?
8
How does Data's skin get repaired after an injury?
23
Why is Data's uniform gold and not red?
3
Who is Data's creator?
9
How did Data's emotion chip become fused
20
How does Data's computation ability compare to the Enterprise's?
12
What happened to Data's eye?
3
What is the difference between Data's "neural net" and "positronic net/brain"?
29
What does Data's line at the end of "Ship in a Bottle" mean?
13
Why are Data's quarters near Sickbay?