What does the button "padme" do in Alien?

Whilst Ripley is launching the Nostromo self destruct, she uses this panel with some interesting buttons: 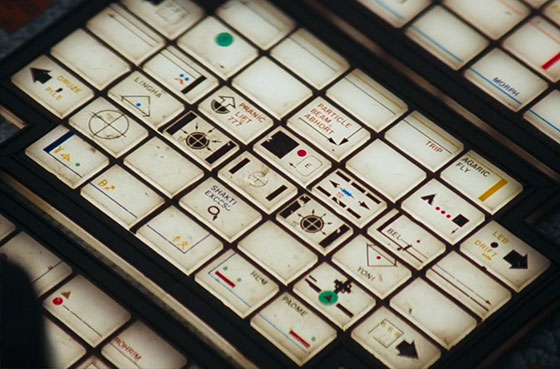 The image is from TypeSetInTheFuture.com. Some of the buttons are:

Now out of universe these terms were taken from a Hindu book:

Well, according to the Alien Explorations blog, designer Simon Deering needed some complex-sounding labels for the keyboard at short notice. He was reading The Secret Doctrine by Helena Blavatsky, a Russian philosopher and occultist, at the time of filming. Blavatsky’s book attempts to explain the origin and evolution of the universe in terms derived from the Hindu concept of cyclical development. Deering found his inspiration in its pages, and the Nostromo‘s odd keyboard was born.

But my question is, what is the function of the buttons in-universe?

The button is never observed to be physically pressed "in-universe" -- so we have to infer what might happen from the universe of our own imagination, and experience.

Padme is Sanskrit for the lotus flower. The lotus flower symbolizes the promise of enlightenment in Eastern ideologies - for example:

"In Hinduism, the lotus flower is very significant as it relates to the sacred Padma lotus, and is associated with numerous gods, including Vishnu, Lakshmi and Brahma. In many ancient works of art, the gods are depicted with lotus flowers as they represent purity and divinity"
https://www.onetribeapparel.com/blogs/pai/meaning-of-lotus-flower

In-universe the obvious parallel to the Padma Lotus is David's tempting, but face-hugger-spewing, egg. 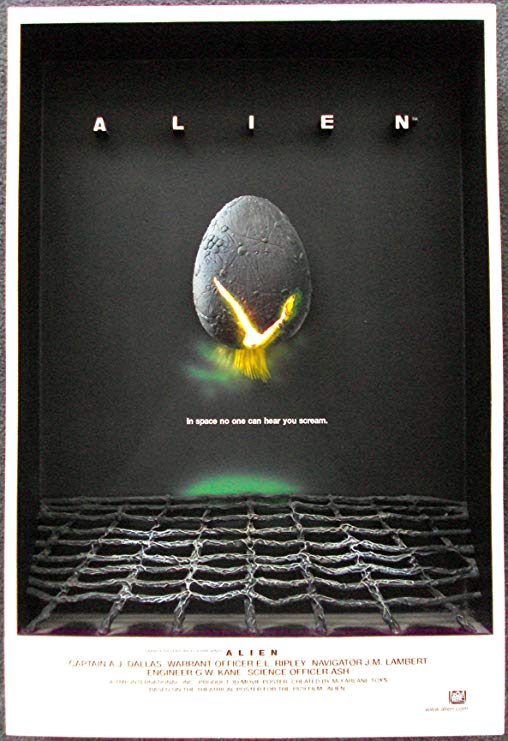 There was never any guarantee that the actual state of existence confired upon the "enlightened" would be healthy for the confirmant crew of the Nostromo deep in the heart of darkness... of Space; and that fact is borne out by the consummate fate of first the captain and then his entire crew, each cocooned into their own living hells - including Ripley who ultimately plunged into the furnace in Alien3.

As Mother revealed -- the crew was always expendable in the context of the company's desire to achieve its collective, self-worshiping, goal.

Ripley fell into the furnace

-- That's what happened when the Wayland-Yutani Corporate-Collective gave in to the temptation of David's button, and tried to become as God, in-universe

15
Why does the Alien burst through the chest?

39
Who sent the distress signal in Alien?
48
Why doesn't the alien kill Ripley in the shuttle craft?
18
Why didn't the crew detect the Alien inside of Kane?
9
Is the cat (Jones) in Alien immortal?
8
What happened to the Alien that came from the Space Jockey?
35
Does Alien actually pass the Bechdel test?
17
What does "MU-TH-UR" stand for?
8
What happened to the derelict spaceship between the 'Alien' movies?
15
Why does the Alien burst through the chest?
5
What was the exact content of the warning signal transmitted from the derelict in Alien?