Does Mr. Morden have a first name?

In Babylon 5, Londo Mollari and others are approached by the mysterious "Mr. Morden". Has a first name ever been revealed for him?

In the show, his personal records only list his name as "Morden"

In The Shadows of Z'ha'dum, Garibaldi says that his name is "Morden" and Sheridan confirms that he has the same ID as he did on the Icarus. The personal records they are looking at only list him with one name: 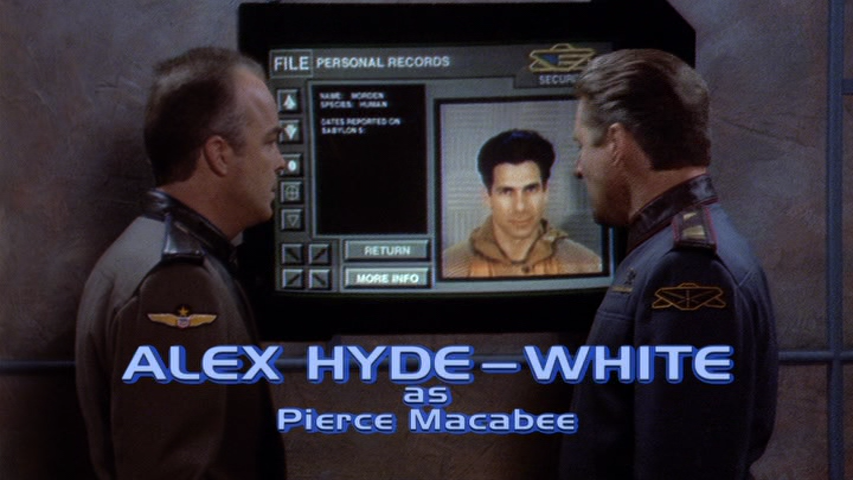 I find it highly unlikely that his personal records, which match his ID for the Icarus, would not include his full name. Thus it would appear that Morden only has one name.

In a spin-off novel, he most likely has a first name, but it is intentionally unrevealed

Jeanne Cavelos commented on this when discussing her Babylon 5 spinoff novel The Shadow Within.

Really the thing that gave me the most trouble was when I asked JMS what Morden's first name was. JMS said that he'd never given Morden a first name and that he wasn't really comfortable with the idea of giving one. He'd always thought of Morden as just Morden. This ticked me off for a while, since I figured Morden had to have a first name, and how was I going to present him in informal, social scenes without his first name? I finally thought of a solution to the problem, as you'll see in the book.

It's been a long time since I read the book, but he does have the title of Dr., so they do partly get around it by referring to him as Dr. Morden.

That said, it seems that Morden most likely does have a first name. Although his wife is unnamed, he has a daughter named "Sarah Morden", meaning that Morden is a last name. It seems that JMS prefers to keep the mystery about the character by intentionly not revealing his name.*

Note that JMS has said that this novel is about 90% canon, and that the general story of the Icarus is definitely canon. Cavelos said that her backstory for Morden didn't match JMS' intended backstory, but he didn't ask her to correct it, so information about Morden is ambiguously canon.

* A similar thing happened in the Star Wars universe where for many years, the Emperor was solely known as "Palpatine". The author of the novel Tarkin felt that the characters would know him well enough to refer to him by his first name, so the first name "Sheev" was created. A number of fans were unhappy, not only because they thought "Sheev Palpatine" sounded dumb, but they also felt that giving him a first name took away some of the air of mystery about him.

11
Does Mr. Morden cooperate with the Shadows of his own free will?
8
In Babylon-5, wouldn't Mr. Morden have a more convincing story for surviving the Icarus?

9
Did Morden present Londo with a fake 'Eye'?
30
What does “My shoes are too tight” mean?
11
Does Mr. Morden cooperate with the Shadows of his own free will?
5
What did Trakis put on Londo?
8
In Babylon-5, wouldn't Mr. Morden have a more convincing story for surviving the Icarus?
14
Do Mr. Morden's invisible Shadow handlers go with him everywhere?
10
Why would Londo Mollari even expect a two part poison to work against Lord Refa?
8
Babylon 5: Was Mr. Morden involved in the killing of President Santiago?
18
Why does Mr Morden appear to Lennier?
8
Did Sheridan and Delenn ever learn that Emperor Londo Mollari was controlled by the Drakh?