What inspired the toxic blood? 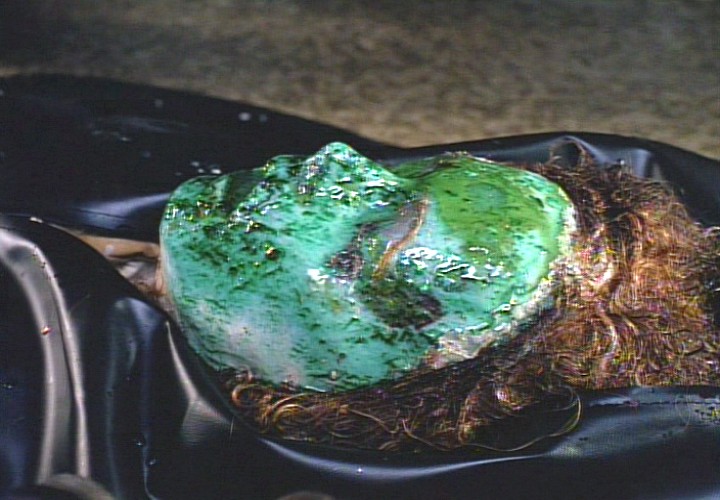 However, I was recently told that X-Files creator Chris Carter had in fact been inspired by an actual human medical case.

Some research online shows that this claim is supported by many fans.

Is this true and supported by an authoritative statement?

It looks like the blood in the X-Files as well as an episode of Greys Anatomy was inspired, as you say, by a real life story, that of Gloria Ramirez.

Gloria Ramirez was a Riverside, California, woman dubbed "the toxic lady" by the media when several Riverside General Hospital workers became ill after exposure to her body and blood. Her case was the basis for a scene in one episode of the American TV series The X-Files, an episode of the American TV drama Grey's Anatomy, a segment of a show on Discovery Communications' channel Investigation Discovery called "The New Detectives, a third season episode of Weird or What?, the "Stink Bomb" segment of the animated film Memories and an episode of Law & Order.

The article only mentions one episode of the X-Files - The Erlenmeyer Flask so it's possible that what you heard was indirect relationship to that or, more likely, the Wikipedia article doesn't take further episodes into account.

Not the answer you're looking for? Browse other questions tagged behind-the-scenes the-x-files or ask your own question.

28
What happened to Samantha Mulder?
10
What inspired the Praxis effect?
4
What is Fox doing when he is on the phone with Scully?
9
What are the main story arcs of X-Files?
9
What ever happened to Kevin Kryder?
1
Are vampires affected by blood-borne disease?
15
How did a Star Trek writer's name end up in The X-Files?
8
Were TIE fighters inspired by Japanese Zero fighters?