In which comic did Deadpool have the face of Tom Cruise?

I saw a panel once where Deadpool was cursed by Loki to look like Tom Cruise.

Why did he curse him, and what happened after that ?

This occurs in Deadpool Vol 1. (issues #037-45). After Deadpool refuses to accept that Loki is his father(!), Loki curses him and says that he'll "ruin his life until he accepts the truth and seeks his father's forgiveness". 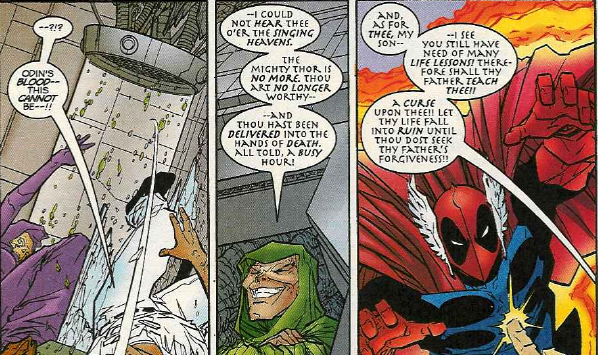 Surprisingly the way he does this is by making him so handsome that his good looks become a burden (a pain I know only too well). 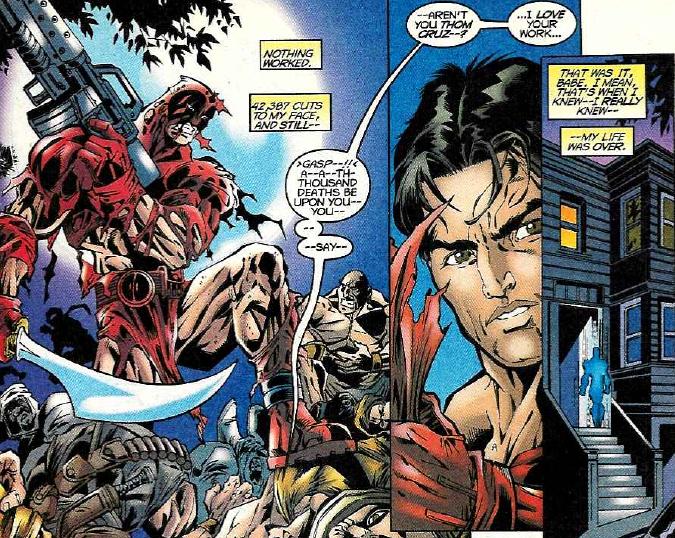 Note that he is said to look like "Thom Cruz", rather than real-world Tom Cruise as you remembered (probably to avoid lawsuits).

Deadpool's curse is lifted when he

Accidentally apologises to his real father. 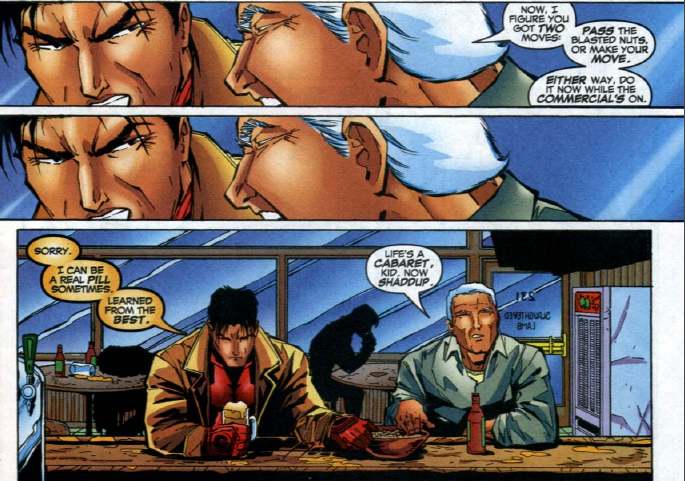 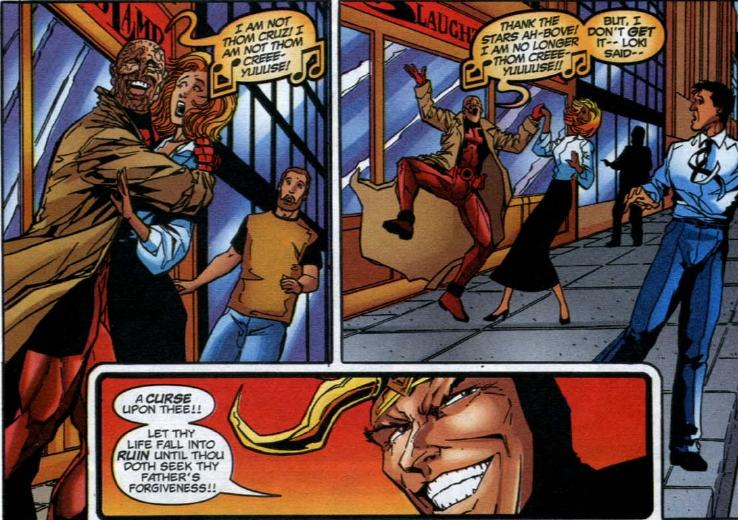 Not the answer you're looking for? Browse other questions tagged marvel episode-identification deadpool or ask your own question.

27
What happens to Deadpool's severed limbs?