Neil Gaiman's Dream is commonly depicted as having star-like glow in his eyes, usually when he's extra serious (extra serious? you might say): 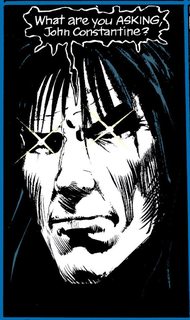 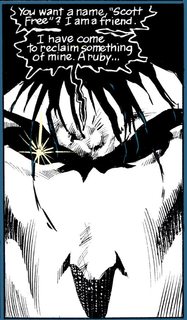 Those are just from the first volume, but the general trend holds.

Thing is, when reading, I immediately thought that this is what Death's eyes would look like. Here is a relevant passage from Mort:

Something like a small blue supernova flared for a moment in the depths of his eyesockets. It dawned on Mort that, with some embarrassment and complete lack of expertise, Death was trying to wink.

Is there any evidence (other than what I pointed) that Dream's eyes were a homage to Terry Pratchett's Death?

The eyes are meant to invoke the night sky, as is his cape at times. The night being the time for dreams. 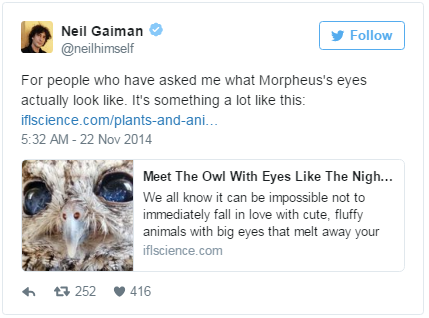 Not the answer you're looking for? Browse other questions tagged inspiration terry-pratchett neil-gaiman the-sandman character-similarity or ask your own question.