Which was the Wonder Woman and Spider-Man crossover comic book?

I saw a page where Wonder Woman and Spider-Man were there together. I thought it was fan-made, but it was an original comic book.

I've seen the Superman-Spiderman crossover, but when did that crossover happen ? 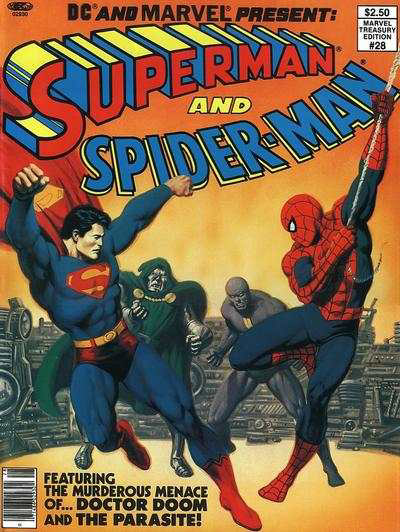 It's merely a guest role, but they do share some scenes together: 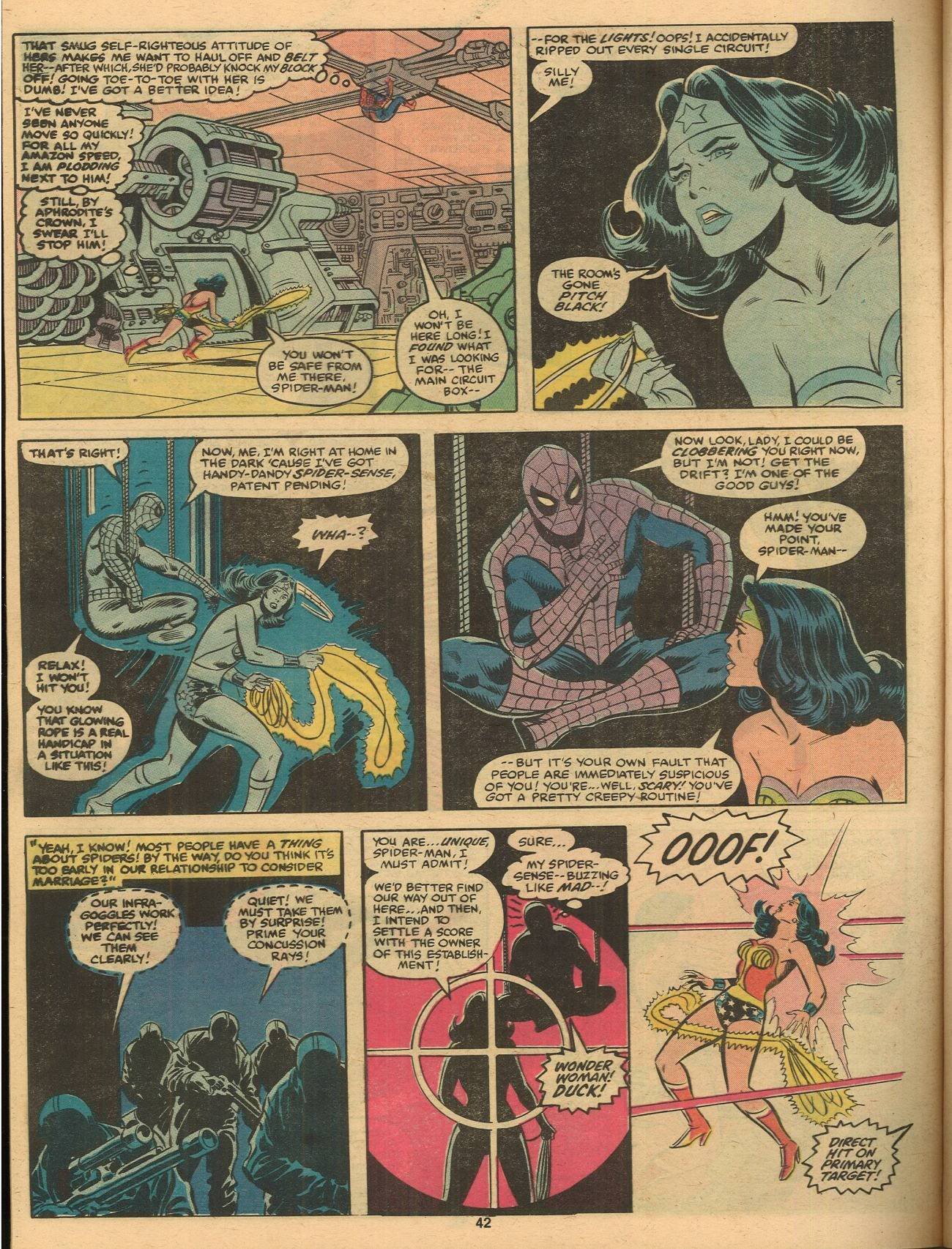 *Marvel Treasury Edition is an American comic book series published by Marvel Comics from 1974 to 1981. It usually featured reprints of previously published stories but a few issues contained new material. The series was published in an oversized 10" x 14" tabloid (or "treasury") format and was launched with a collection of Spider-Man stories

Not the answer you're looking for? Browse other questions tagged marvel dc spider-man episode-identification wonder-woman or ask your own question.

8
Identify a story in which Watch Tower was crashed on the Moon and Wonder Woman murdered a guy
27
Is Batman's 'relationship' with Wonder Woman comic-book canon?
4
Identify a Spider-Man comic featuring Spider-Man saving Jameson's astronaut son
7
Which was the comic in which Wonder Woman got married to a green alien/creature?
22
Is Wonder Woman also a speedster just like the Flash and Superman?
10
Spider-Man and Fantastic 4 crossover comic with Double Identity Scene
10
Looking for the comic book where Spider-Man was [mistakenly] addressed as Super-Man
6
Was there ever a film, comic, or toon where Batman had Spider-Man's (or Spider-Man-like) powers?