When has Wonder Woman died?

I know Wonder Woman has died in canon before, but in which issue did this happen?

Neron kills Wonder Woman in Wonder Woman Vol 2 #124. She's not 'Uncle Ben dead' which means she can be resurrected later as the new Goddess of Truth. 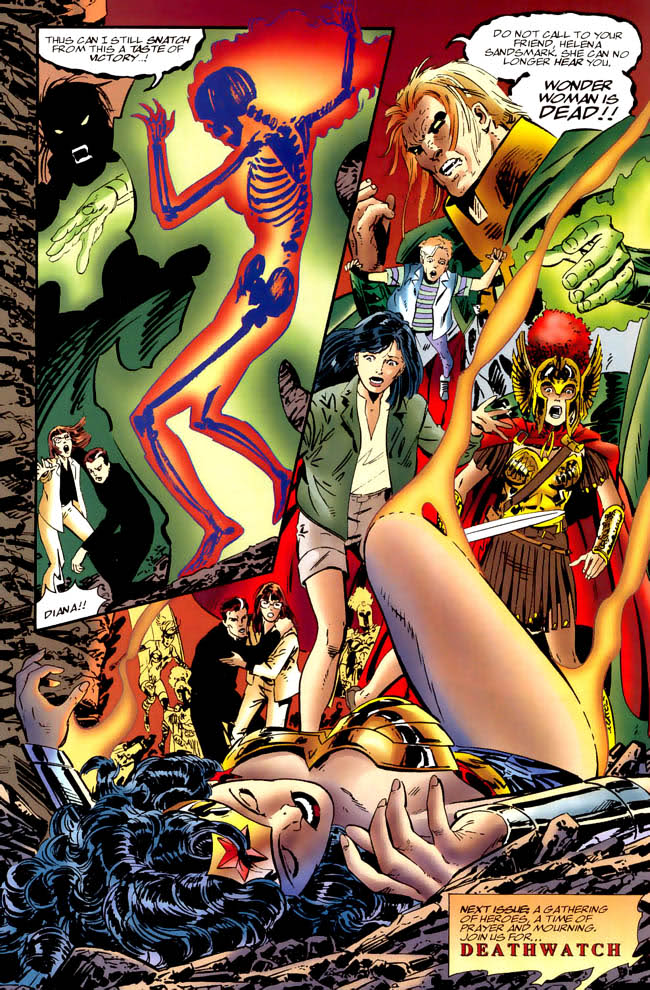 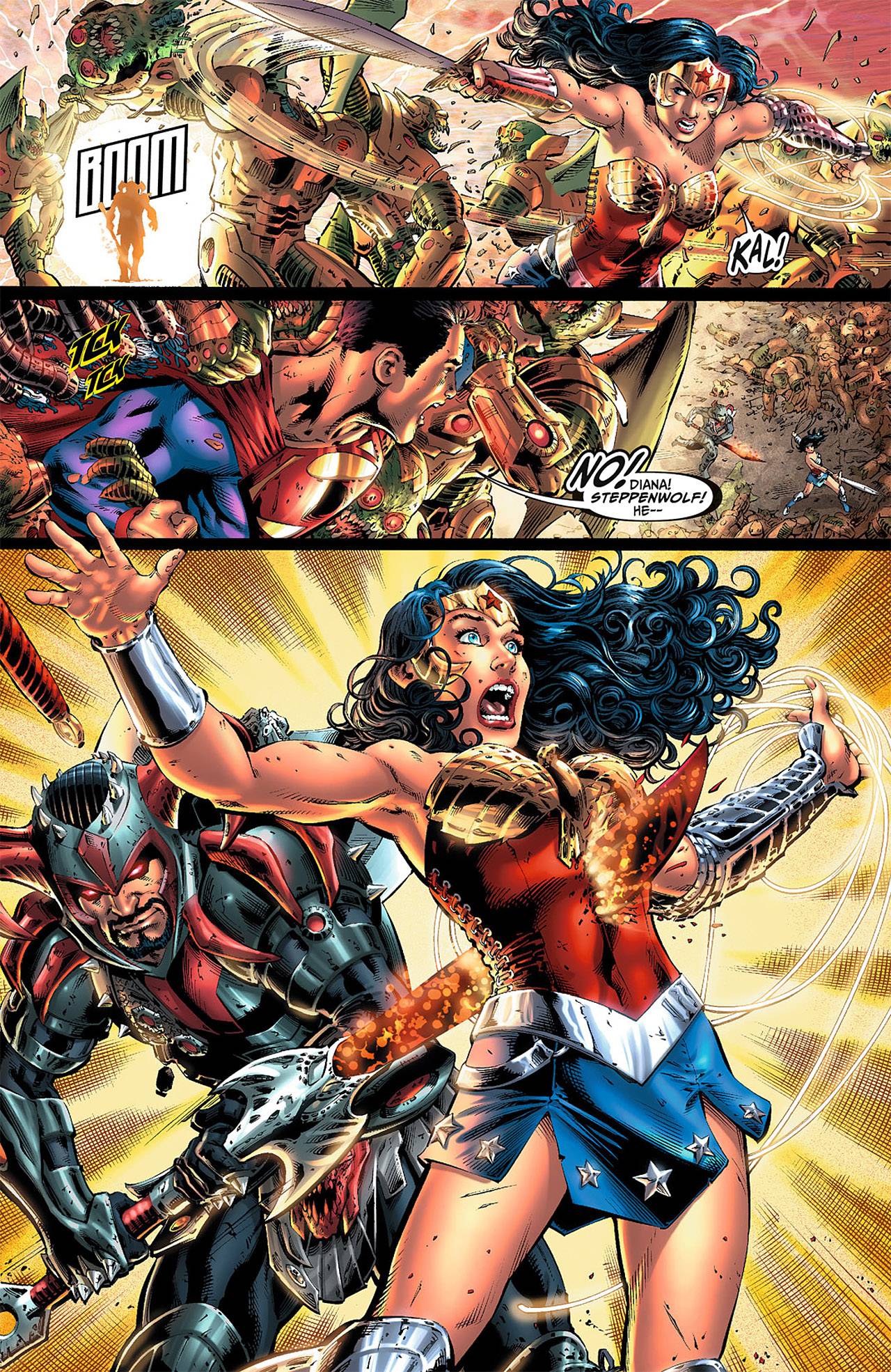 Artemis briefly takes over as Wonder Woman before being killed by the White Wizard in The Challenge of Artemis (Wonder Woman Vol 2. #92-100). 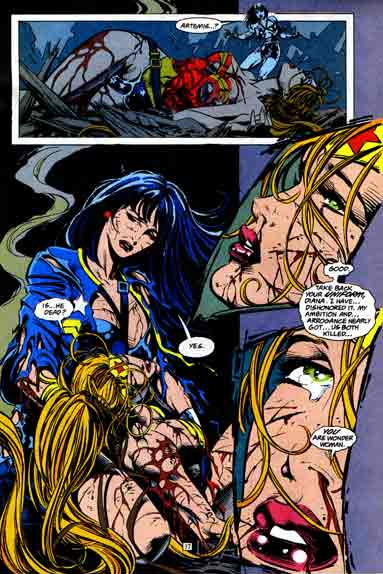 One of the most bizarre killers of Wonder Woman was the villain Egg Fu. In Wonder Woman 142 (Oct. 1965) he captured Wonder Woman's love interest Steve Trevor and zapped him with a special ray which apparently turned him into a living bomb. 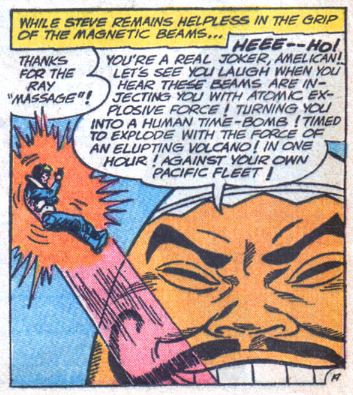 Egg Fu sends him flying to destroy a fleet Wonder Woman is protecting. She cannot stop him however and Steve explodes while she tries to protect her, which kills them both. 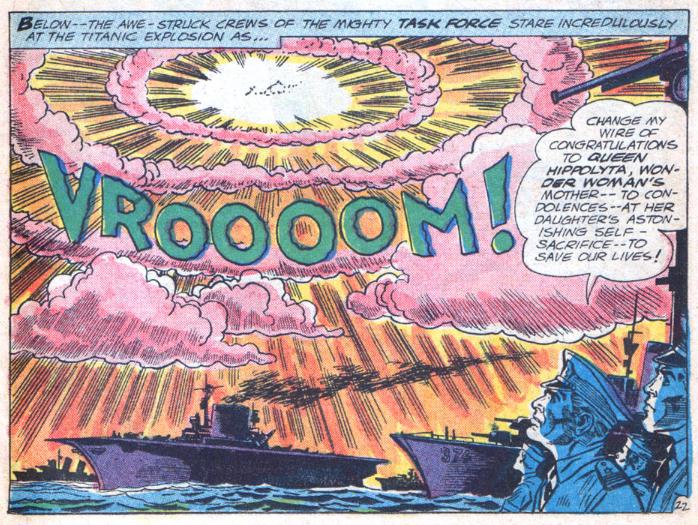 Afterwards the Amazons fly over the area and gather every particle of Wonder Woman and use a machine to recreate her. 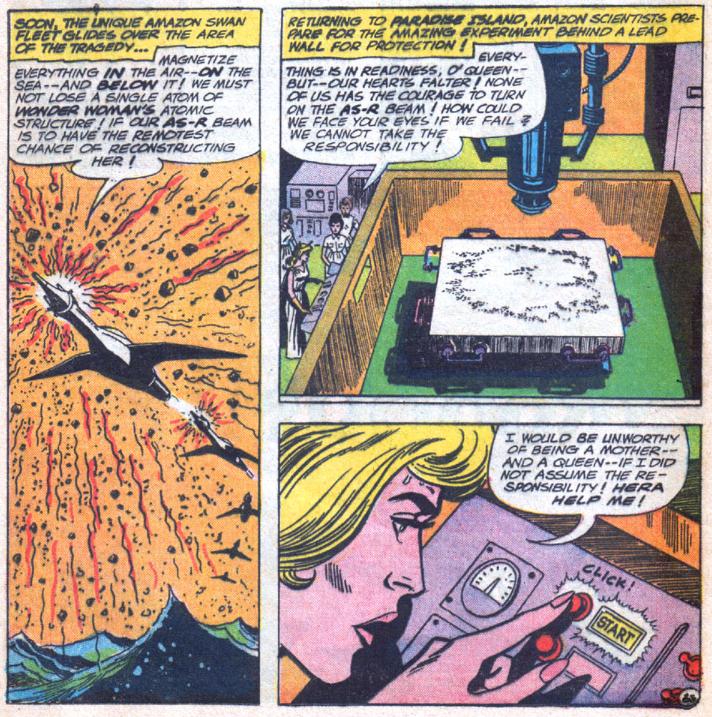 In Joker 10, (yes, there was a 10th issue of the joker series, even though, it previously only had 9 issues.) one of the Joker's victims (and his last victim to die from the JLA.) is Wonder Woman, she died strangled by the Joker during a battle on the Statue of Liberty. She used the Lasso of Truth on the Joker, but the Joker was able to remove the lasso and attaches it to her neck, and attaches the other side to the statue's sharp edge. 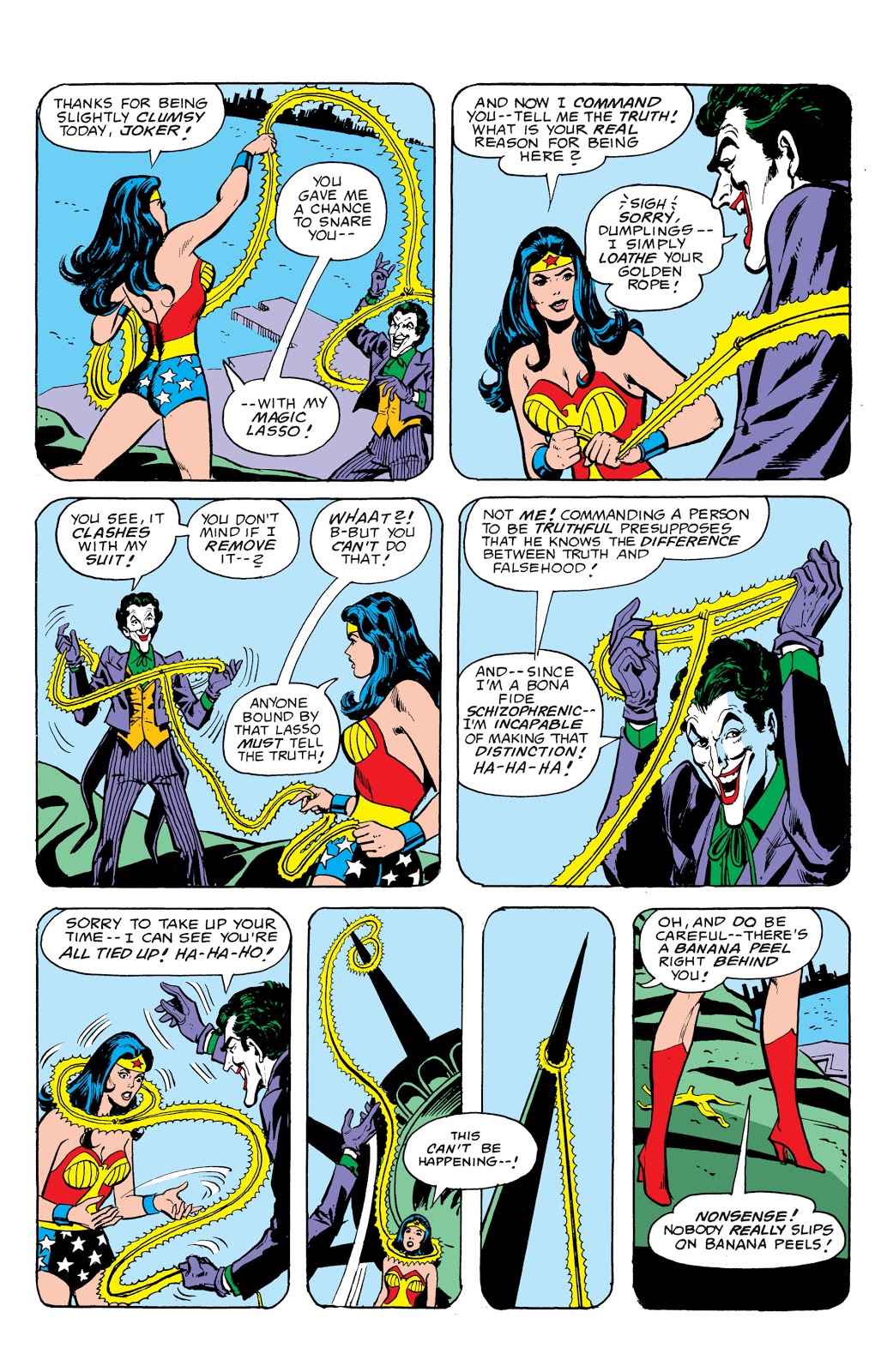 Not the answer you're looking for? Browse other questions tagged dc comics episode-identification wonder-woman or ask your own question.

4
In which comic book did Steppenwolf stab Wonder Woman, and did she die as a result?
5
Is Wonder Woman invincible?