How does Julian Bashir measure up to Khan Singh?

In season 5, episode 16 of Star Trek: Deep Space Nine, “Doctor Bashir, I Presume?” it is revealed that Bashir has a deep dark secret, a secret that could land his entire family in prison. His family's secret is

"Jules" (Julian) was genetically enhanced as a child, in much in the same way that Khan Singh was enhanced hundreds of years before. The procedure has been highly illegal since Khan, because Starfleet doesn't want to risk another Eugenics War. As Admiral Bennet says, "For every Julian Bashir there’s a Khan Singh waiting in the wings."

You're made to wonder why Bashir is so handy in hand-to-hand combat as a skinny medical officer throughout the series, and sometimes he seems a little too good at what he does, and a bit too smart. He was first in his class, the Starfleet champion in racquetball, first ever to be nominated for some prestigious medical awards at such a young age, and he can hold his own in fisticuffs with Klingons and Jem'Hadar.

The Genetic enhancements explain this perfectly, but if he is similar to Khan, then how similar exactly? Is he a 100% match in strength and ability as Khan? 70%? 50%? Is he an augment? How does Bashir compare to the enhanced humans from the Eugenics Wars? 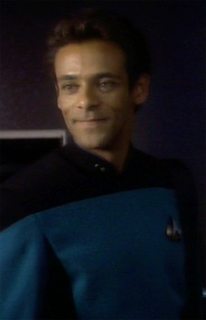 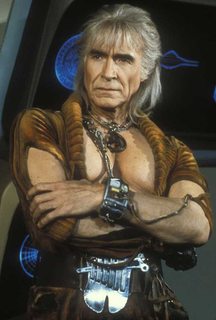 Part of the answer to this question has already been answered in depth in another post. As to exactly how close he is to Khan, it's conceivable that since the process Bashir underwent as a child, was to (as was stated in the link) compensate for his slow mental development, it did not affect Bashir in the same way. Bashir was genetically modified as a child to compensate for a deficiency, where as Khan and many others from his time were a product of the Cold War, which lead to the Eugenics Wars. Khan and his people were genetically bred to be the best at everything, both mental and physical.

After the Eugenics Wars and World War III, genetic engineering was banned.

Genetic engineering of Humans was ultimately banned on Earth, as the concept was considered anti-Humanistic by Earth leaders. As a result of this, Doctor Stavos Keniclius was exiled from his community, which eventually led him to depart Earth permanently. The ban was placed primarily as an attempt to prevent another event like the Eugenics Wars, and to ensure that Humanity did not endure the wrath of another Khan Noonien Singh-type tyrant.

In Bashir's case, aside from finally having to come clean about his enhancements, things turned out well for him. Admiral Bennet recognized, regarding Bashir, that good can come out of enhancements such as these but the overall danger of using such enhancements still exists.

"Two hundred years ago, we tried to improve the species through DNA resequencing. And what did we get for our troubles? The Eugenics Wars. For every Julian Bashir that can be created, there's a Khan Singh waiting in the wings – a superhuman whose ambition and thirst for power have been enhanced along with his intellect. The law against genetic engineering provided a firewall against such men.

To my knowledge it was never specifically talked about as to how strong Khan specifically was, but the the general average of an augmented human has been.

Records of the period, including Khan's origins, are fragmentary and therefore vague. He was the product of a selective-breeding and genetic-engineering scientific program, based on the eugenics philosophy that held improving the capabilities of a man improved the entire Human race. Augments produced by the program possessed physical strength and analytical capabilities considerably superior to ordinary Humans, and were "engineered" from a variety of Earth's ethnic groups.

Records from this period are fragmented, but what is known is that the wars' roots lie in a group of Human scientists' ambitious attempt to improve the race through selective breeding and genetic engineering. They created a race of "supermen," popularly known as the Augments, who were mentally and physically superior to ordinary men and women. They were five times stronger than the average person, their lung efficiency was fifty percent better than normal, and their intelligence was double that of normal Humans. They also had enhanced senses, including an ability to hear beyond that of Human capabilities.

The answer you are looking for would conceivably be that there is no actual percentage. The differences between Bashir's enhancements and Khan's vary greatly. Bashir was enhanced using the process called Accelerated Critical Neural Pathway Formation, whereas Khan is a combination of genetic engineering and selective breeding which would allow for the best of all physical characteristics to be bred into a person, then genetically enhanced. As far as mental capabilities go, it is possible that Bashir was on par with Khan, but seeing as how the enhancement was only a mental enhancement, Khan was vastly superior physically.

All links, quotes and episode references were taken from Memory Alpha and another post regarding genetic enhancement

I don't know about canon either, but Bashir was born with developmental disorders which his parents "fixed" through illegal genetic engineering. According to Memory Alpha Bashir was almost seven when his parents had him augmented. On the other hand, the Khan-type augments were specifically designed from scratch to be warriors. Bashir's augmentations were probably very modest compared to the Khan-types.

Not really certain there is a canonical answer, but Bashir as an augment he may be stronger and smarter than Khan simply because the technology used on him is a few centuries more advanced, or he may be an equal because there is only so much DNA manipulation you can get.

It is important to note however that the abilities of augments vary greatly. Khan was a leader of fighters while Bashir is a doctor. Khan may have been able to kill 5 Klingons in hand to hand combat while Bashir could only kill 3, but Bashir could cure a deadly disease while Khan would have caught it and died.

I read that Bashir’s IQ went up by 5 points a day for over two weeks. We know he started off pretty dull maybe not forest gump but maybe around 85 IQ. Add 75-100 to that for the augment therapy and he’s at around 160-185 IQ. Genius level but no Khan, probably not even a Wesley Krusher.

I would guess they are more or less intellectual equals. As regarding strength, in Trek II Khan picks up Chekov--wearing an EVA suit--with one hand. Bashir is better coordinated than ordinary humans and may be somewhat stronger than average, but I doubt he could have pulled off something like that. Physical strength wasn't, after all, the point of his genetic modification, whereas Khan and his ilk were designed to be the smartest, toughest SOBs that humanity of the day could create.

Not the answer you're looking for? Browse other questions tagged star-trek star-trek-ds9 khan-singh julian-bashir or ask your own question.

5
Why isn't Dr Bashir shown as being stronger in private?

17
How did Khan and his people survive on a planet with no food for twenty years?
33
Was Dr. Noonian Soong's name inspired by Khan Noonien Singh?
12
How did Khan know of the old Klingon proverb?
5
Why does Khan Singh measure up on the same scale of notoriety as Adolf Hitler? (Picard quote)
4
Were the Augments from the show "Enterprise" the same genetically enhanced people that were in "The original Star Trek series?"
7
Do Chief Miles O'Brien and Doctor Julian Bashir ever meet again after the series ends?
5
Is Khan Noonien Singh a follower of Sikhism?
7
What "enhanced" abilities does Dr. Julian Bashir show after S5:E16?
11
Why didn't Kirk mention Khan Noonien Singh when admonishing Dr. Korby?