What division colors were worn at individual bridge stations during the Star Trek TOS movie era?

I'm working on a story set in the TOS movie era (post-Wrath of Khan) and I need help understanding who would have worn what division color on the bridge of the Starship. I've linked two bridge layouts below (a Connie variant and an Excelsior) with the crew positions labeled. My biggest problem is figuring out Tactical wore and who besides the Captain wears Command white. Any help on this would be great! 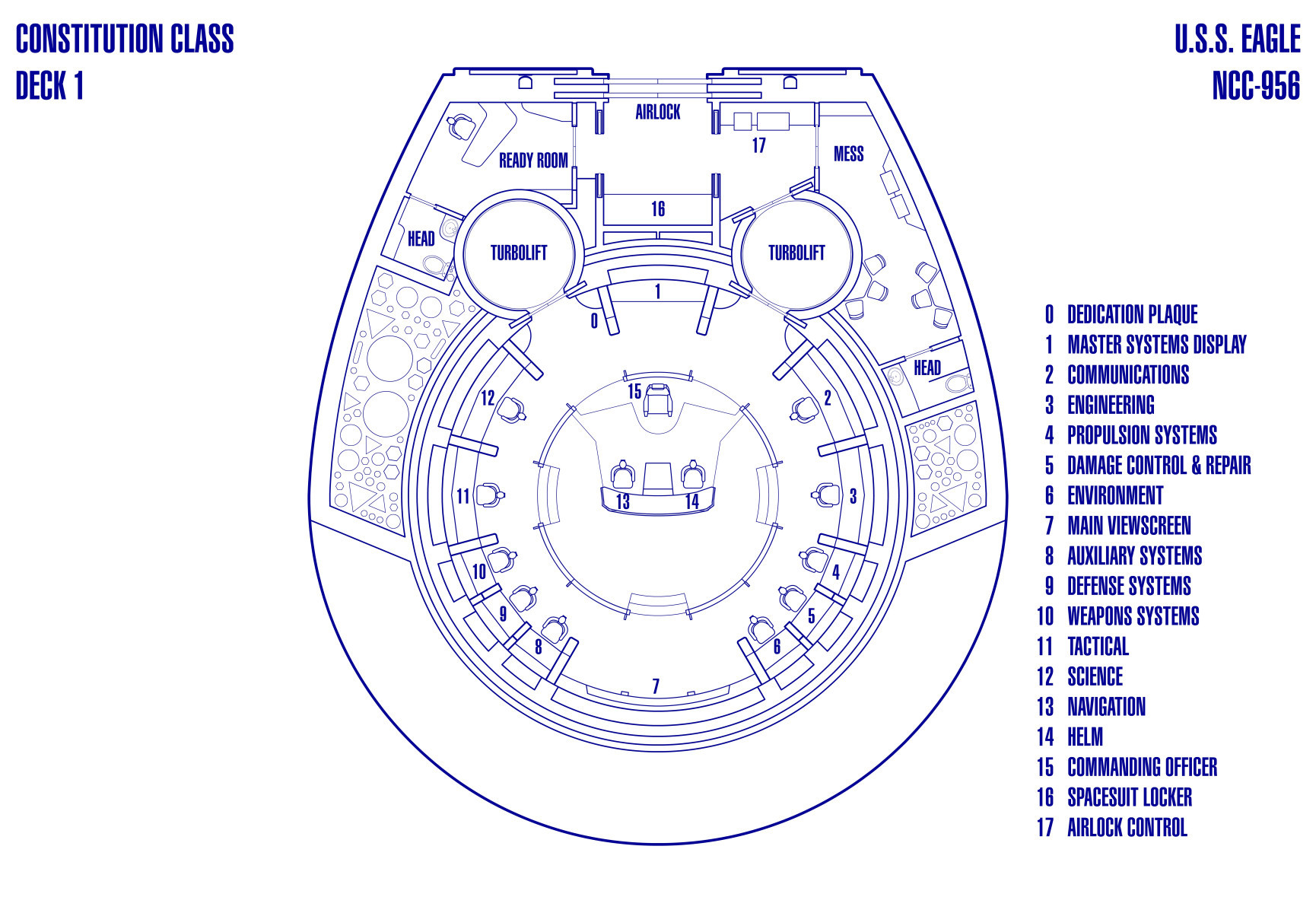 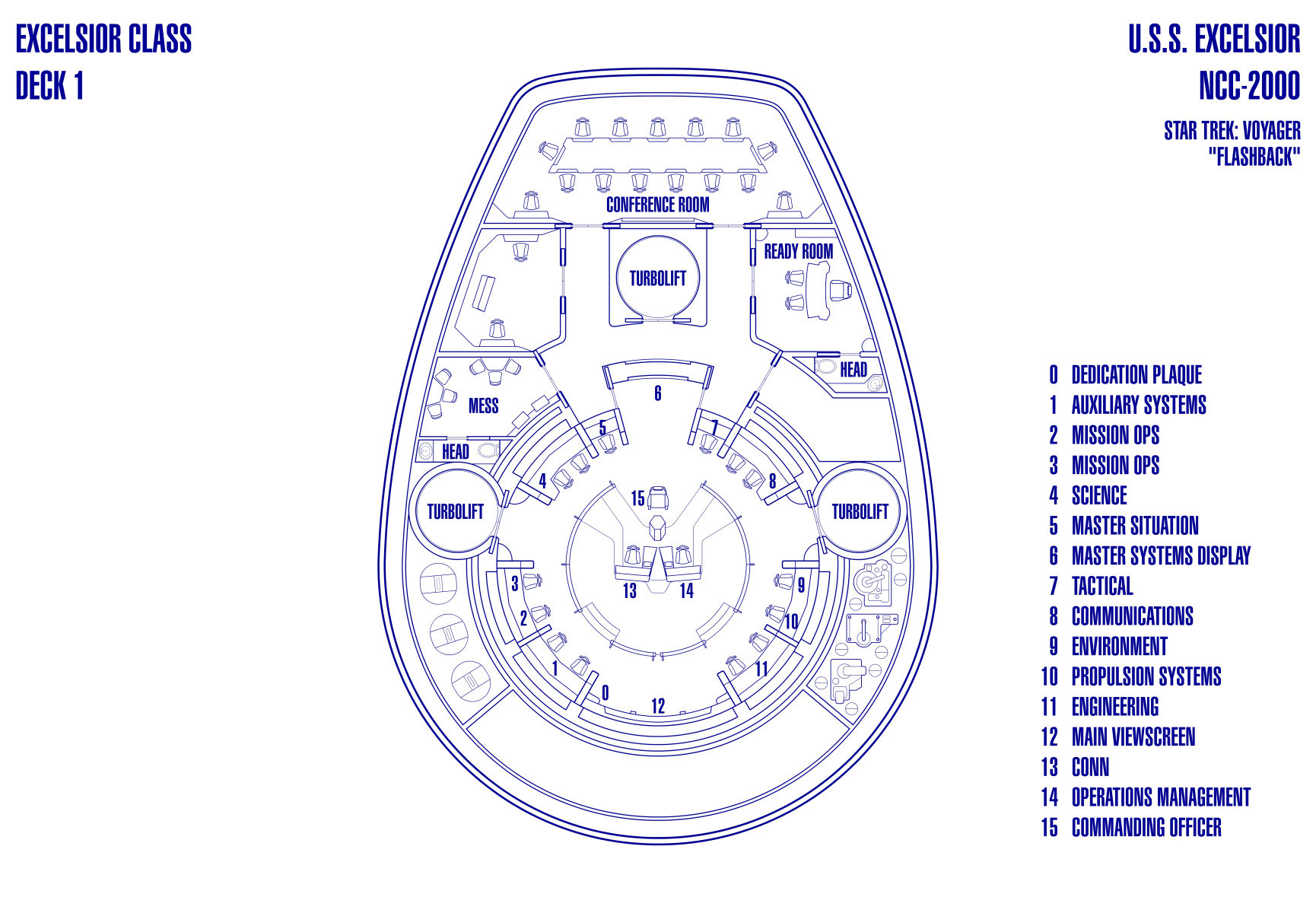 Due to the time period, we're talking about the maroon uniforms. Immediately post Wrath of Khan is still early enough that they haven't abandoned the undershirts - the uniform seen on the crew of the Bozeman (circa 2278) appears to be complete, while later uniforms seen on the crew of the Enterprise-C (circa 2344) and on Jack Crusher (circa 2349) omit the undershirt.

As you've already mentioned, a 2270 era captain is the only person who regularly wears white aboard ship. According to Memory Alpha, other than medical sciences (green), cadets (red), and helm or engineering officers (explicitly separated from the other operations staff with gold), everybody else wears grey.

On the Constitution class, you have:

I've deliberately skipped Environment (6) - it is equally plausible for such a station to be occupied by an engineer, scientist, or even medical sciences crew.

I've flagged the combat related positions as grey as well, because they're clearly none of the others. Anecdotally primarily due to the change in uniform, Chekov was the weapons officer during the first film, and wore grey in all the other films.

Helm is renamed Conn (short for flight control), so the only truly new element is "Mission Ops". A little further in the future, but TNG Technical Manual hangs mission ops on the first word, mission. What kind of officer would occupy the station depends on the currently active mission - sometimes, it isn't occupied at all.

Wrath of Khan took place around 2285. You can consult memory alpha for more uniform details than you'll probably know what to do with.

Not the answer you're looking for? Browse other questions tagged star-trek star-trek-tos star-trek-uniforms star-trek-movies or ask your own question.

12
What are the various duty stations on the Enterprise NCC-1701's bridge?
63
Has any Star Trek character appeared in all three division uniform colors?
20
In Star Trek, what are all the low-ranking Command Division officers doing?
5
Aside from the Bridge set pieces, which Star Trek TOS structural interior set piece garnered the most onscreen time?
7
Who were 'The Old Ones' mentioned in Star Trek TOS
19
Why did Worf wear red in TNG Season 1?
23
“Star Trek: Discovery” Uniforms: what is the meaning of their colors?
15
During Star Trek TOS - were there only 12 Constitution-class starships in all of Starfleet?
8
During Star Trek TOS - how many starships were there in all of Starfleet?