I read a futuristic sci-fi book in the 1980's (maybe the 70's), about an overweight orphan who lived in slums, known as "the rat" (not the stainless steel rat), who was conscripted into space military service (in chapter 1). He was trained and became a powerful warrior and teamed up with others, and towards the end may have overthrown the governing beings.

Except for the part about a space military, you could be describing Sugarat of A. A. Attanasio's Nebula award nominated novel Radix, published in 1981.

In chapter one, you see Sugarat in action, a vigilante seeking vengeance in the night by killing the gang members terrorizing the city. When captured, Sugarat turns out to be Sumner Kagan, an overweight adolescent living with his mother. He is forced into the military, the Massebôth, who, among other responsibilities, are tasked with keeping earth free of voors and distorts.

Sumner eventually escapes from the army, meets voors and distorts and others, eventually finding himself a weapon aimed at the heart of the future earth's power structure.

This is the first novel of the Radix tetrology; Radix, In Other Worlds, Arc of the Dream, and finally The Last Legends of Earth. 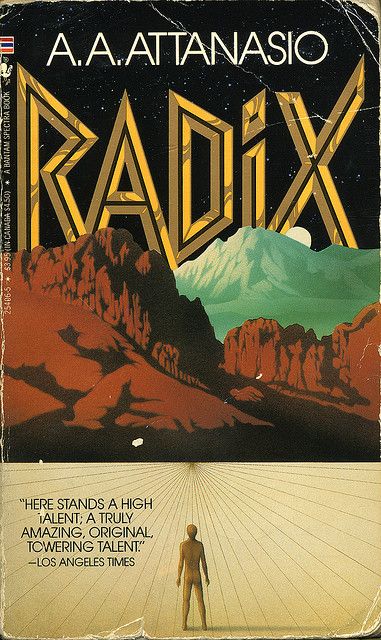 9
Identify a story about the last dwarf warrior / berserker
10
What Sci-Fi book about robot domination is this?
10
Story identification: woman trained to control powerful psychic
6
Sci-fi book series about two orphan boys who are adopted and trained by two monster hunters
5
Post-apocalyptic sci-fi book about intelligent war machines
4
Sci-fi book about a genetically modified planet
8
Sci fi book where a rich kid is sent to prison and trained as a commando
9
Book about an AI neural network being trained to write a literary essay