How are wizards buried after they die?

Do they have some kind of a magical funeral or are they buried in a usual muggle cemetery?

It seems that there is no specific ritual. Lily and James were buried in a more or less normal graves in Godric's Hollow: 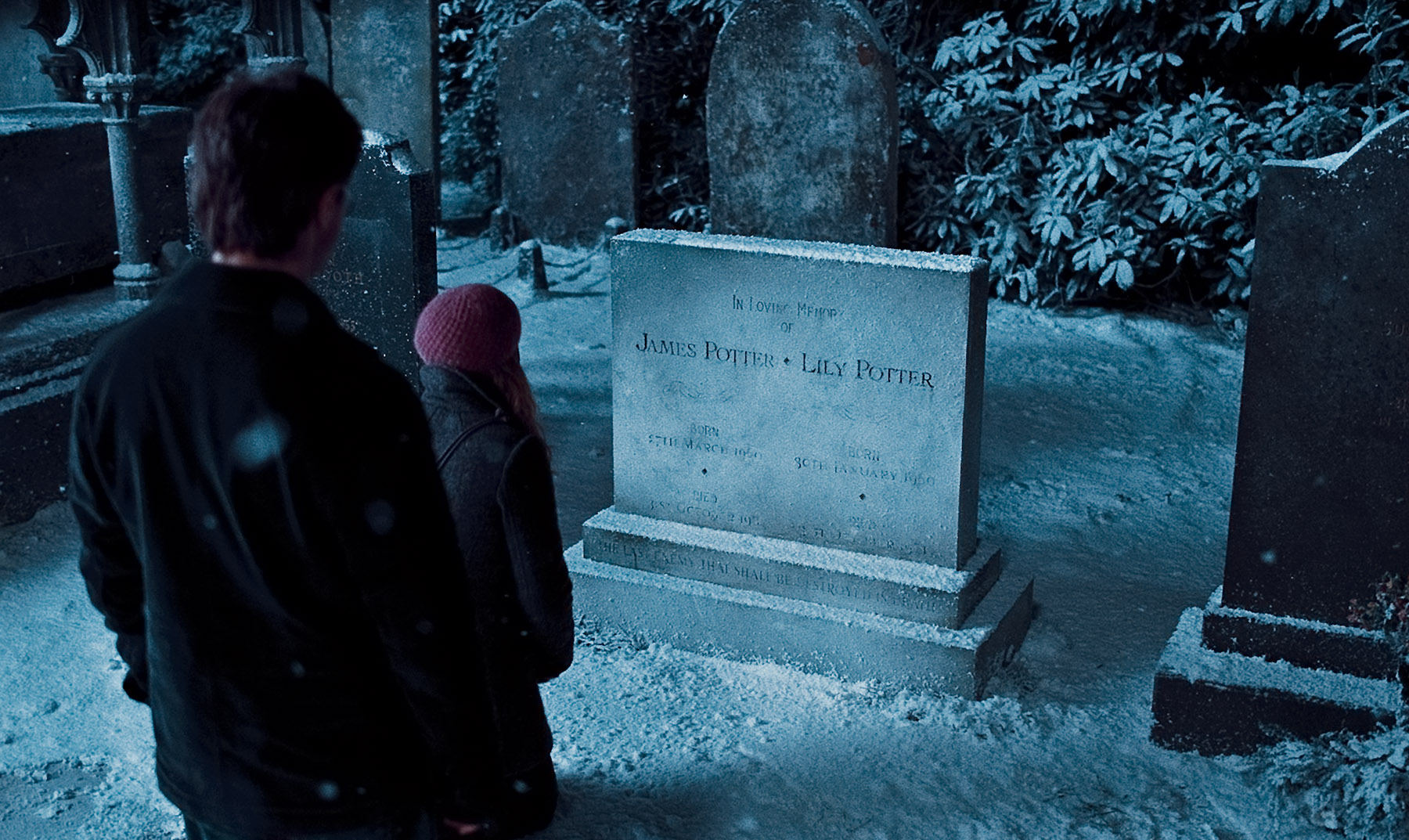 Harry Potter Wikia, where this image comes from, also states that Ignotus Peverell (the original owner/creator of Harry's Cloak of Invisibility), as well as Ariana and Kendra Dumbledore lay in the same cemetery.

Same Wikia also notes that the St. Jerome's graveyard, where the mentioned persons lay, is for both Muggles and Wizards.

Alternatively, wizards can be cremated, along with their wands, as ThruGog points out in their answer.

However, Dumbledore had a special funeral ceremony (image from Pottermore):

and a tomb on Hogwarts grounds, next to the lake:

37
Can wands burn?
4
Where was Dumbledore's tomb placed?

29
Do Muggle Parents Visit Their Muggleborn Children at Hogwarts? Are They Totally Excluded?
16
Are Muggle-born Wizards automatically subject to Wizarding Laws?
46
How blind are wizards to Muggle technology?
13
How were there so many couplings between Witches/Wizards and Muggles?
13
Are all dead wizards/witches buried?
26
How do muggles and wizards differ physiologically?
16
Are wizards and witches in Britain really allowed to marry muggles?
4
When wizards go to any country by magical means such as Apparition, Broomstick, etc...., are they illegally entering that country in a "Muggle-sense?"