I read a book in the early 2000's and have been trying to find it as an adult. The book wasn't new when I read it.

The cover of the book had a man in a red robe or shawl traveling across a sand dune possibly a city or citadel in the background. He was a healer who because of his extraordinary talent went to study in the city at a citadel. He does make friends who are other gifted youths.

The was some sort of battle or chaos that the city came under and he had to flee without completing his training. He watched the city burn in ruins and cried as the citadel went down in flames. He somehow meets a tribe of people who he befriends and uses his powers to heal different ailments the natives have, growing more understanding and appreciative of their differences. I got the sense that he was going to go back to fight whatever/whoever cause the destruction and redeem himself.

It was set in its own fictional land and may have been a little medievalish but not sure and he healed with his hands (magical implications such as visable auras, patient feeling sensations when healer's hands were near injury) and some knowledge of potions that helped.

I believe there were other types of gifted people who trained as well at the citadel, different factions for specific talent/power.

It's not Secret Sacrament

Could it be the 2001 book Secret Sacrament, by Sherryl Jordan, as seen in this answer? The summary at the SE answer mentions a healer and a "Citadel":

Born the son of a wealthy merchant-mariner, Gabriel is to take over his father's thriving business one day. But when he witnesses a brutal act committed against a Shinali women, he is inextricably bound to a different destiny. Highly intuitive by nature, Gabriel is a born healer, a vocation he pursues despite his father's demands. His gift as a healer is finally legitimized when he is accepted into the Citadel, the most esteemed institution in the land. He is soon in league with the powerful of the empire, including Empress Petra herself, who comes to rely on his ability to interpret dreams. In gaining her favor, he makes powerful enemies and witnesses firsthand the corruption that is weakening the empire, rotting it from the inside out. Soon, he will be called upon to make a choice --- a choice that will threaten Navora, his beloved Shinali, and his very life. Who will prevail?

The Goodreads summary includes some slightly different details about the Shinali and Gabriel's association with them:

Terrified, a young Navaron child watches helplessly from his hiding place as a young Shinili woman is brutally beaten and abused by a group of drunken Navaron men. Too frightened to answer her pleas for help, the child runs away, taking with him the sacred bone carving of the Shinili people. In doing so, he forever binds himself and his fate to them. Gabriel is no ordinary boy. His life is now marked out for greatness by powers beyond his understanding...He's never wanted to follow in his father's footsteps and become a wealthy, sea-faring merchant, celebrated by all in the ancient empire of Navora - but cold and distant to his family. Haunted by a terrible childhood secret Gabriel spurns family tradition and duties as the eldest son, to pursue a life of helping others. Derived from a deep sense of guilt and strange mysterious visions Gabriel knows that he is destined to become a healer, with the power to decipher dreams, no matter what his overbearing family argues. But against his will, Gabriel finds himself caught up in the power struggles of a corrupt Empire, endangering all that he loves. His decision to hold true to his destiny is one that will cost him dearly, and one that threatens to tear apart the entire Navoran Empire - but which might just end up saving an entire people.

One of the cover designs shows him in a red robe: 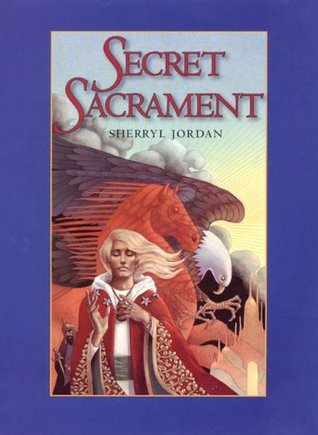 It ends with the main character taking a sickness upon himself to prove it "harmless" by mixing blood in a handshake.

9
Fantasy novel about coping with a plague

19
Fantasy novel about a magical conflict spanning the world
10
YA fantasy novel: boarding school where kids have magical powers
8
Living rocks, sailing, goblin caves, a hero lost in time or space
19
Fantasy novel with magical platform at King's Cross
5
Fantasy novel. Depressed mother, twin magical sisters
17
Looking for the name of a Fantasy book where magic ability determines royalty
11
Fantasy movie with magical cliffs that crush a ship
8
I’m looking for a book about an orphan girl who is found by a boy and his uncle
5
Book about AI that follows Bushido