Which was the X-Men comic where the mutant Santa Claus appeared, and what are his powers?

I've heard so many times that Santa Claus is the most powerful mutant. But when did he appear in the comics, and what kind of powers does he have?

It seems he first appeared in Strange Tales #34 in 1955 (although I can't find a scan of it), and has appeared a number of times since. (There are also alternate versions of him in other continuities/universes.)

He first appeared in the X-Men comics, and was first called "the most powerful mutant ever registered", when Cerebro picked up on him at Christmas time in Marvel's Holiday Special Vol 1 1991: 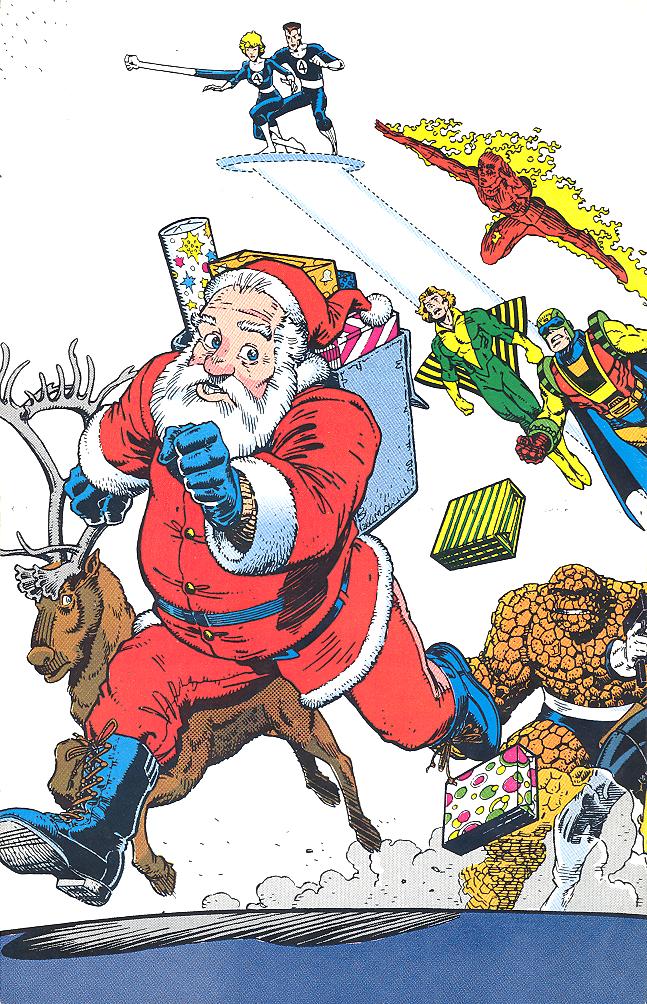 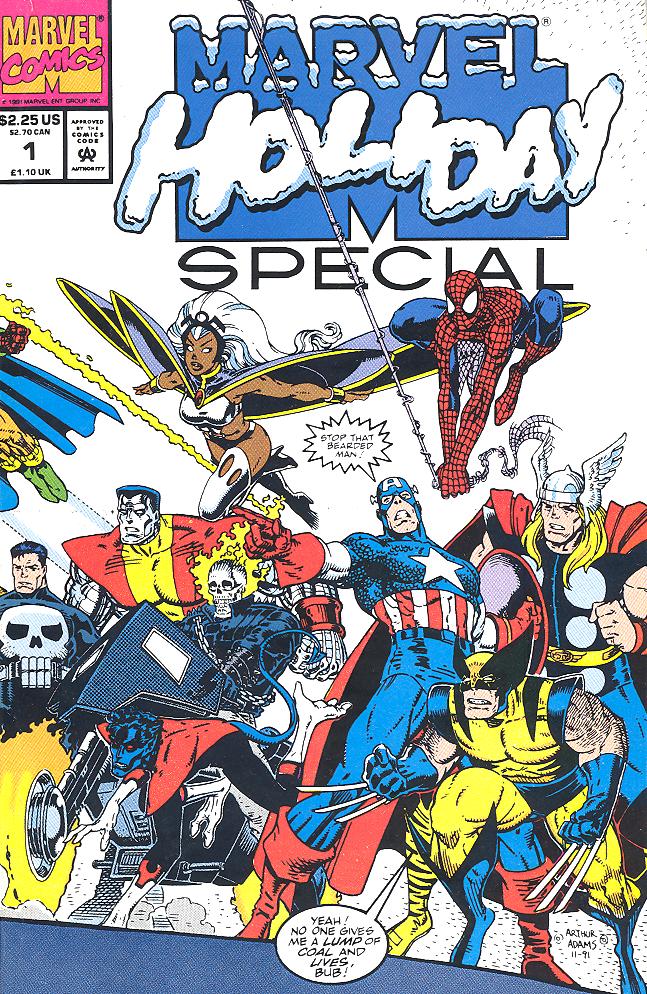 He has several powers, including longevity, the ability to fit himself and others through any chimney, fire resistance, levitation, altering his own or other beings' appearance, changing the size of other objects, teleportation, snow generation, the ability to eavesdrop on anyone and super strength (possibly just on Christmas Eve). He possesses or controls several magical artifacts and beings, like his sack which is a portal to another dimension, magical flying reindeer, and elves.

Not the answer you're looking for? Browse other questions tagged marvel comics x-men episode-identification or ask your own question.

18
How do the mutant levels correlate with the mutant classifications?
11
Where does Madrox the Multiple Man store all of his duplicates?
4
What is Johnny Dee and the thing on his chest?
9
What made the Munsons think that Laura was a mutant?
5
What's the graphic novel where the boy learns his grandfather is Santa Claus?
6
Can Rogue absorb and utilize powers from multiple mutants simultaneously?
10
Why did Miles Morales get non-spider-like powers (bio-electrokinesis and invisibility) that are vastly different from the other spider people?
5
What are Apocalypse's original mutant powers, and what abilities did he gain from the Celestial technology?