Who cast the latest protection spell around Storybrooke?

In last night's episode of Once Upon a Time (entitled "Ill-Boding Patterns"), Robin Hood (from the Wish universe) and Zelena try to use Regina's potions to break the protection spell around Storybrooke in order to leave the town and go to the outside world. They're unsuccessful, and Regina tells them "If I had the ingredients to break the protection spell, don't you think I would have tried to break it myself?" But she sees how badly Robin wants to leave, and she promises to continue working on it.

But after season 5A, it seems like people were freely able to leave Storybrooke; in the Season 5 finale Henry, Violet, Emma, Regina, and Gold all left Storybrooke and went to New York City.

So how is it that it's now impossible to leave Storybrooke? What changed between the Season 5 finale and last night's episode? My only thought is that the Evil Queen might have cast a spell around the town after coming to Storybrooke, but I don't think that was ever mentioned.

The Evil Queen cast the protection spell.. I forgot that this was shown in Season 6 Episode 2, where the Evil Queen, accompanied by Zelelna, breaks into Regina's vault and takes some of her magical ingredients. And then she uses it to cast a protection spell around the town line; here's the relevant portion of the episode transcript: 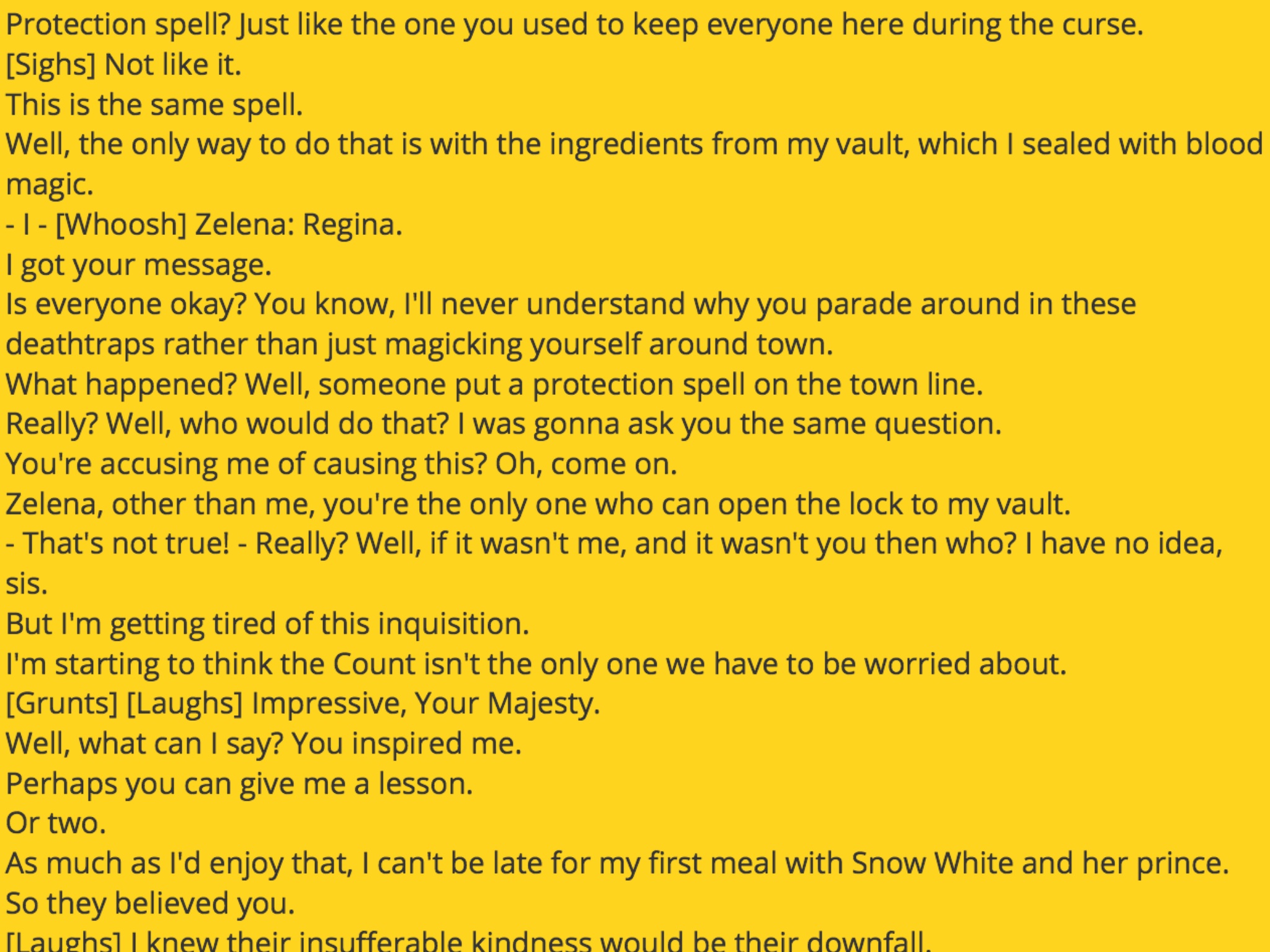 13
Who are the random extras in Once Upon a Time?
3
How could a simple magic potion work for Emma to remember again
6
Who wrote the Once Upon a Time storybook?
2
How did Rumpelstiltskin find Henry?
4
How can Hades rip out this character's heart?
6
How did people leave Storybrooke in the Season 5 Finale?
6
Why does Henry keep his memories during the Black Fairy's curse?