In which Spider-Man comic does a kid gets shot while trying to save Spidey?

I saw a page once from this comic in which a kid gets shot while trying to save Spidey, and Peter feels responsible for it. I don't know what comic issue it was but it had all the feels and I really want to read the whole story.

Which comic was this?

I stumbled across the same story just now on Facebook, and after having my feels crushed, I quickly searched and found that it's apparently "What Would Spider-Man Do?", an eight-page story from Amazing Spider-Man Vol 1 #700.5. I don't know why ".5", but #700 is the issue in which

The comic opens with Spider-Man rushing the kid to hospital after he was shot in the back. 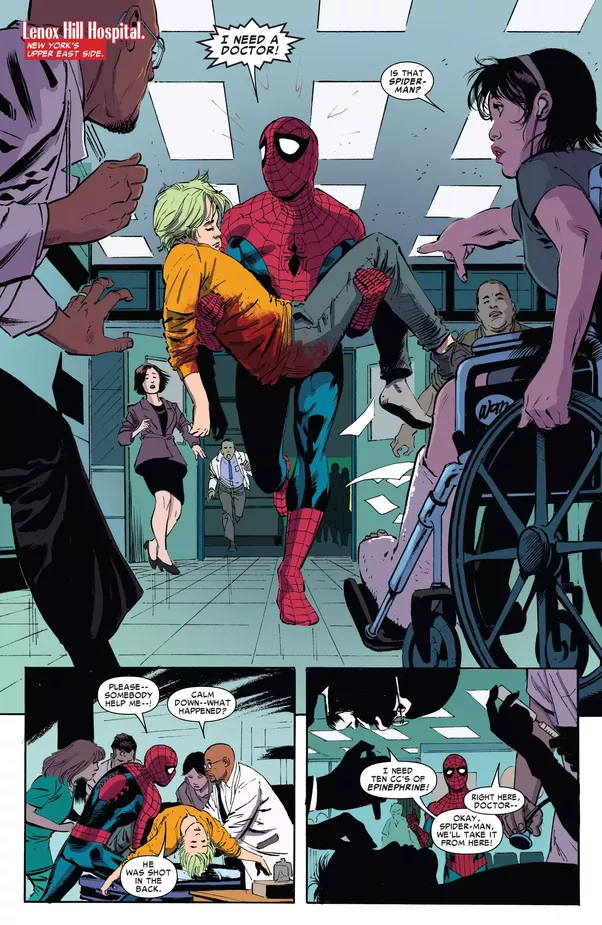 That night, Peter confides to Mary-Jane that the kid was shot while trying to save Spidey from some bank robbers, and that he feels responsible for allowing the kid to get in harm's way. 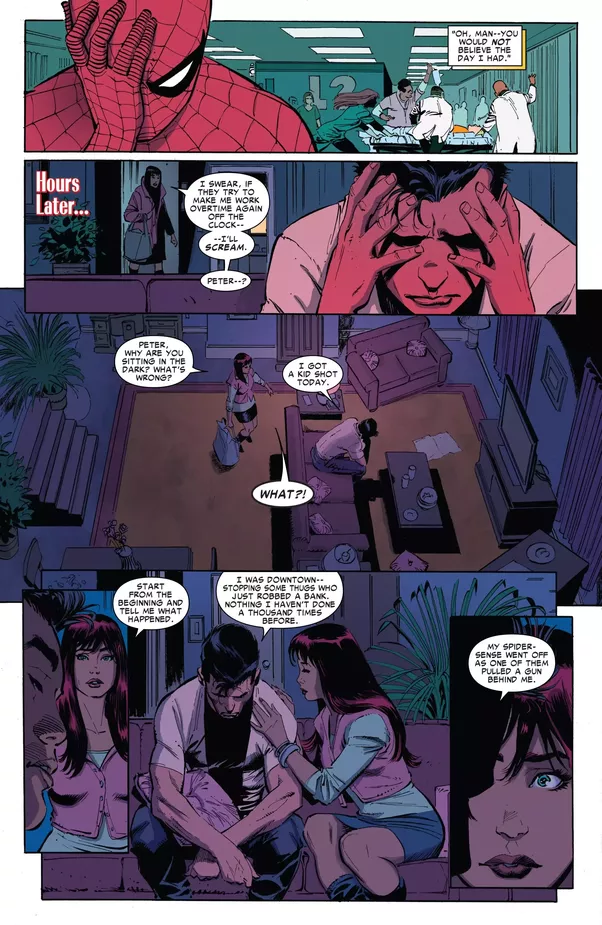 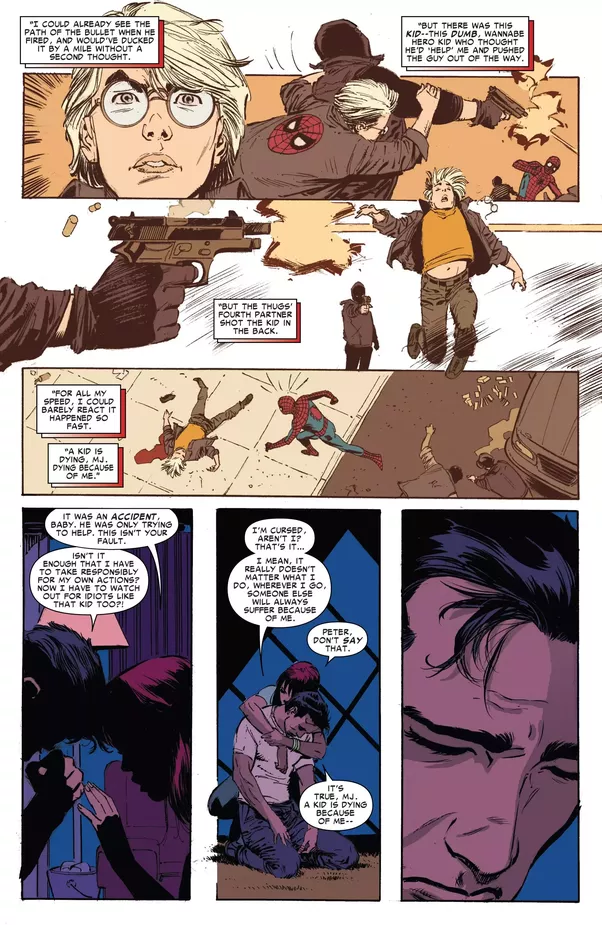 I won't post the rest of the comic here: I feel like this is enough for you to identify that it's the right one, and the rest can easily be found on Google (it's in the first page of results for "What Would Spider-Man Do?". Warning, though: you were right. This story has all the feels.

Not the answer you're looking for? Browse other questions tagged marvel comics episode-identification spider-man or ask your own question.

8
Which Iron Man comic follows Invincible Iron Man?
7
Spider-Man comic with several villains in it
5
When did Batman save a kid from jumping off from roof, just by talking with him for a while?
4
Which was this comic where Spider-Man brought cookies for the Avengers?
6
Captain Marvel's (Carol Danver) Origin Story comic series?
10
Marvel Comic with Ant-Man and Spider-Man holding a weapon
10
Spider-Man and Fantastic 4 crossover comic with Double Identity Scene
9
Looking for a Spider-Man comic from the 1970s where a telepathic man-child controls a town, is defeated when Spidey "deafens" him?
12
Which issue of which Spider-Man series had Spidey fighting a villain in a white costume with black spots?