The story is about a tribal culture on another planet who worship something called "the light". Human marines in power suits conquer them.

The story focuses on one group who fought against the invaders called the "red bar" something or other. (jarem I think, but it was so long ago...) They got the name red bar because as kids they were watching adults training for battle, something they were not supposed to do, and the person who caught them whipped them with some sort of weapon that left a scar across their butts.

I have searched the internet exhaustively for it but I can't remember the author or the book title. I likely read it in the 80's so it would have been published about 30 years ago.

You are thinking of "The Jaren," a novella by Barry B. Longyear. (You had just one letter wrong in your memory of the alien word that was invented by Longyear for the occasion.) I first read it around the mid-1980s . . . in other words, at roughly the same time that you did. Checking just now, I see that it was originally published in Asimov's SF Adventure Magazine, Fall 1979, but I know I encountered it as a reprinted story in an anthology. I even remember the title of the book: Isaac Asimov's Adventures of Science Fiction, which ISFDB says was actually edited by George Scithers.

That anthology was first published in 1980, and I know I checked out a hardback copy from my local public library a few years later. I suspect that might be the same way you stumbled across it, way back when! Here's a scan of the front and spine of the book jacket; it might ring a bell in your memory. 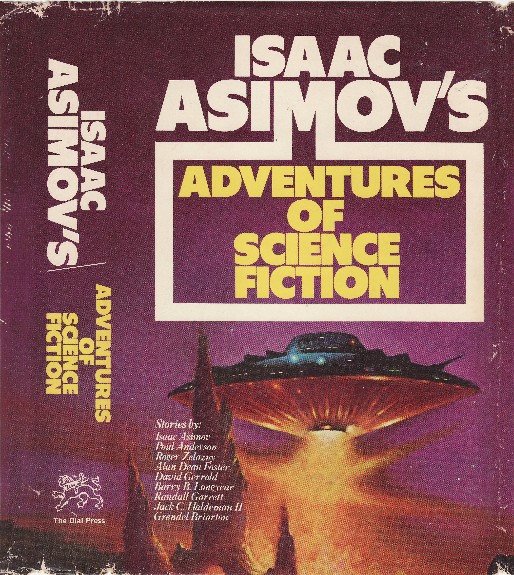 Incidentally, the ISFDB entry tells me that the story was published, in that volume, under the byline of "Frederick Longbeard." Apparently it was published that way in the magazine, originally, and my best guess would be that George Scithers chose to keep that pen name on it when he included "The Jaren" in this anthology, so as to avoid accusations of blatant favoritism when he also included another story which carried the "Barry B. Longyear" byline. (Don't get me wrong -- I enjoyed reading both stories when I first saw them, as well as several other things in that book, and so I'm not accusing Scithers of making lousy selections regarding what to include.)

I can assure you that your memory of some of the main plot elements is reasonably accurate. The tired old alien ex-warrior who is telling his life story to a human does, in fact, say that when five boys were all caught spying on somebody, they all got a minor burn across their backsides as a disciplinary measure, and then one of them -- the natural leader of the group -- suggested that the best way to save face was to make a virtue of necessity by saying that the five of them would now form a "jaren" (a squad of five friends who would train to fight together) whose official warpaint (each new jaren got to pick its own) would involve a red bar of paint across that portion of their anatomies. Of course, it was inevitable that word would quickly get around about what had happened and why they wore their paint in that spot, to cover the burn scar, but it would still put a more positive spin on the whole thing!

At the time of the framing sequence that begins and ends the story, it's decades later, and the other members of that jaren are long dead, after trouble with the humans escalated into a bloody war which superior human technology won. (Plus the fact that the alien warriors had an elaborate "honor code" which badly handicapped them at first in the ways and means they would use, or refuse to use, in clashing with humans.)

The alien telling the story-within-a-story concludes by saying that the birthrate among his people has dropped down to zero (or something very close) since the conquest, which he thinks shows that his people still have their pride, and refuse to just become subjugated slaves or whatever, generation after generation. The human narrator of the framing sequence is very disturbed by this perspective on what has happened to this planet's native population as a result of human interference.