What comics appear in the Marvel intro?

Before every Marvel movie there is an intro created from comics pages.

What comics were used for Marvel intro?

There is more than one flipbook Marvel intro. By far the one I've seen the most often is the one I've nicknamed "Fist Kooom" because it describes the panel that was easiest for me to spot and remember film to film.

The panels flip and gradually fade into a flat white on red Marvel logo. This is the intro featured in the animated gif attached to the question. Most Marvel films use this intro or a variant of it where some panels are added that are relevant to the particular film. For example, the first Fantastic Four film used a variant of Fist Kooom with FF specific panels added at the beginning. Ghost Rider got a similar treatment, with themed panels scattered throughout the usual Fist Kooom panels.

Sometime in 2013 Marvel started using an intro I call "Get Off Me", named for the speech balloon prominent in one striking panel.

This is the intro with the 3D Marvel logo slowly tumbling into view with the comics panels overlaid. Fist Kooom was still used for several films after this new intro premiered.

Some movies got completely custom intros. The second Fantastic Four movie, Rise of the Silver Surfer, was one such. This featured a blue tinted intro that I've seen nowhere else that I call "Ain't Going No Nowhere".

Hulk (not to be confused with The Incredible Hulk, which used Fist Kooom) also had a custom intro. The panels were tinted green and lifted from Hulk comics. 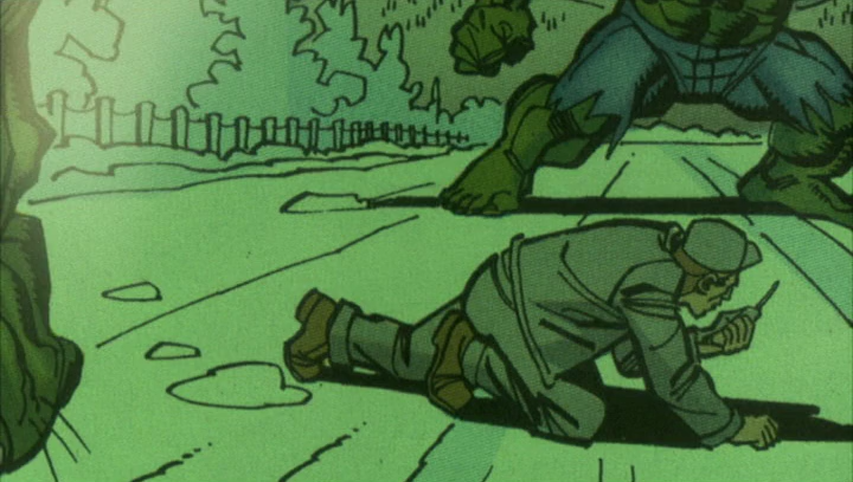 X-Men: The Last Stand aka X-Men 3 had a custom intro featuring panels from X-Men comics.

Elektra got a custom intro, one of the earliest films to do so, along with Hulk the same year. All the panels were from Elektra comics or otherwise Elektra-themed.

They differ based on the movie you're talking about. The comics are various issues that are relevant to the movie. For example, the X-Men movies show X-Men comics, the Fantastic Four movies used those characters, etc. Pre-MCU, I believe every movie basically got a "tweaked" one (some common panels, some unique to the movie); when the MCU came around, Marvel created a "standard" one used for all of those movies, though it's been redesigned a few times. You can see most of these here, at least up through 2012.

The one you included in your question appears to be an early MCU one, since they later switched to a three-dimensional version, and then later still added images from the movies themselves. As best as I can tell, the MCU intros include scenes from a variety of Avengers-based movies. I have picked out some obvious Iron Man and Captain America scenes, but also Captain Marvel, and what I believe to be Ant-Man and Doctor Strange. (I've never seen an panels that were clearly identifiable as Thor or The Incredible Hulk, oddly enough.)

15
Is there a difference between Marvel and DC Comics' philosophy?
23
How many characters have appeared in both Marvel and DC comics?
3
How are Norse gods of Dark Horse comics related with Marvel comics?
7
What is the earliest mention of an alternate reality in Marvel comics?
25
What over-arching narrative is told during Phase 2 of the Marvel Cinematic Universe?
11
What does the afterlife look like in the Marvel universe?
14
Is Captain Marvel as strong in the comics as Kevin Feige suggests she will be in the MCU?
18
Are Skrulls always evil in Marvel Comics?