In which comic did Hulk rip Wolverine in half?

When did this fight happen? In which comic issue did Hulk rip Logan in half?

It is Ultimate Wolverine vs. Hulk The series takes place between Ultimate X-Men issues 69 and 71 and before Ultimates 2 issue 11. The miniseries is a throwback to Wolverine's comic debut in The Incredible Hulk #180-182.

Wolverine awakens to find his lower half missing, his body having been ripped in half by the Hulk minutes earlier. Using his keen sense of smell, he finds his legs have been thrown to the top of a mountain. As he climbs up a mountain to retrieve his legs, he recalls the events leading up to his current situation.

Hulk and Wolverine have a conversation where Hulk states that he was cured of his anger, (even though as Hulk becomes angrier during the course of the conversation he becomes less articulate) but a parting comment Wolverine makes about Betty Ross enrages Hulk and causes him to tear Wolverine in half. 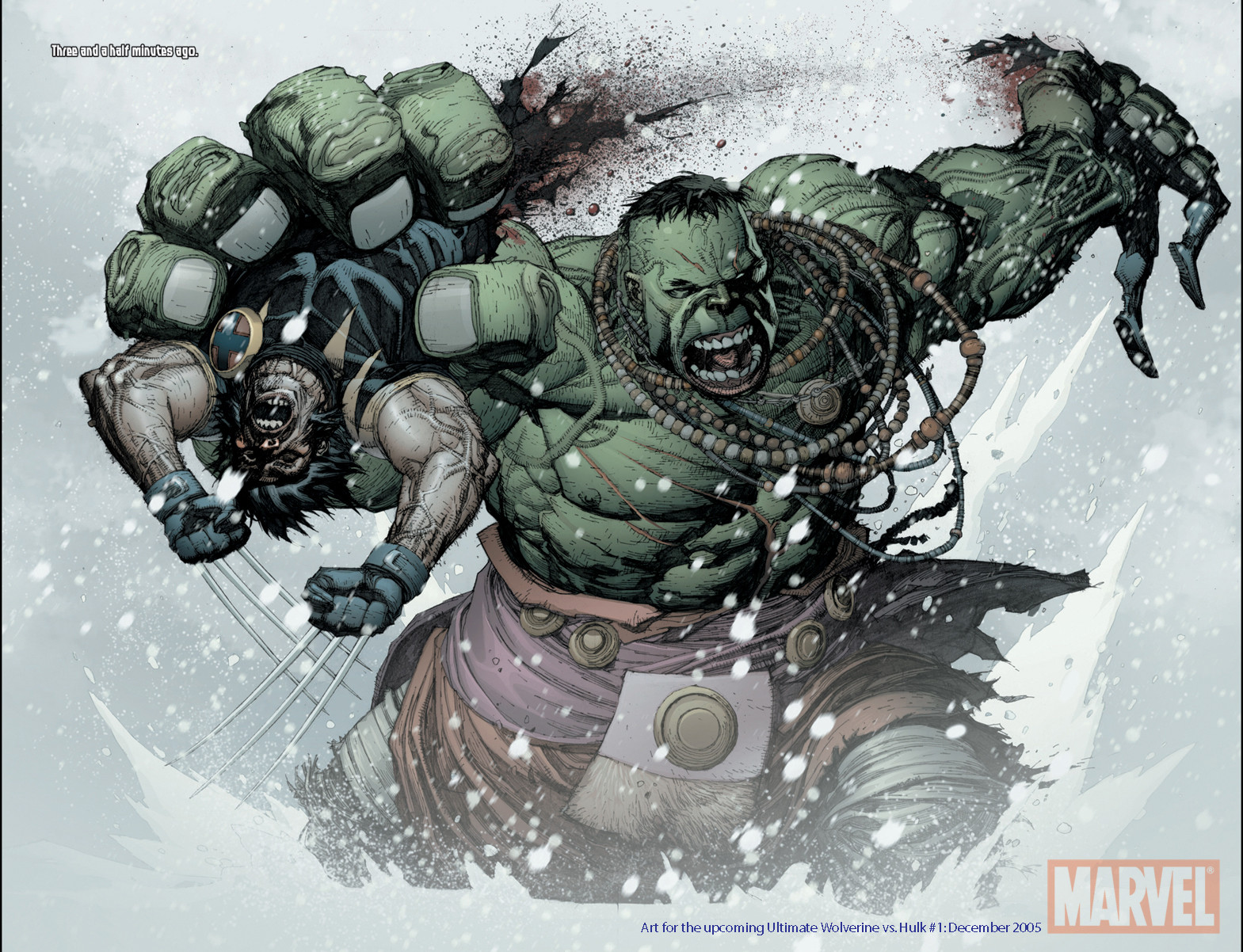 Not the answer you're looking for? Browse other questions tagged marvel comics wolverine episode-identification the-incredible-hulk or ask your own question.

27
Has Wolverine ever beaten The Hulk in a fight?

19
Old Man Logan - how did the Hulk end up as a villain?
11
Which movie / cartoon / comic has Sabertooth attempting to drown Wolverine?
12
Comic Identification: When did Hulk have a beard?
6
Did the Venom symbiote inhabit the Hulk?
3
The name of the comic book about the Hulk and the dinosaurs
44
In which comic was it revealed that Alfred was the Joker?
9
In which Spider-Man comic does a kid gets shot while trying to save Spidey?
5
Which was this comic where Spider-Man brought cookies for the Avengers?
44
How did Thanos beat Hulk so easily?