Does Star Trek: The Next Generation feature technology discovered by Kirk's generation?

Are there in universe references to technologies utilized in the Star Trek TNG series that were discovered during Star Trek TOS? For instance, android tech? Norman 1 from the "I, Mudd" episode should have been a treasure trove of data. 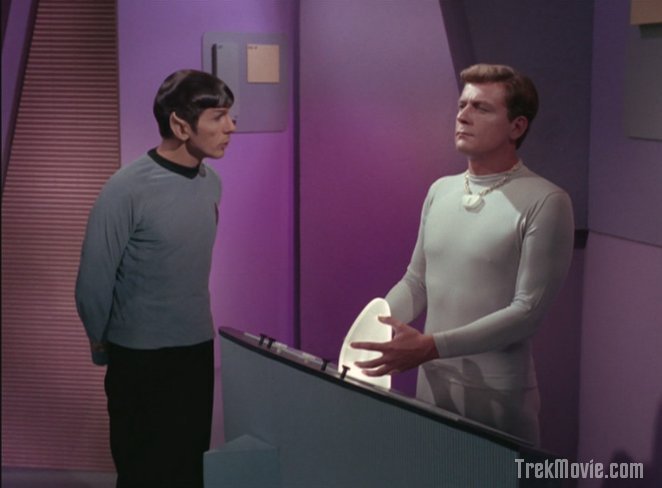 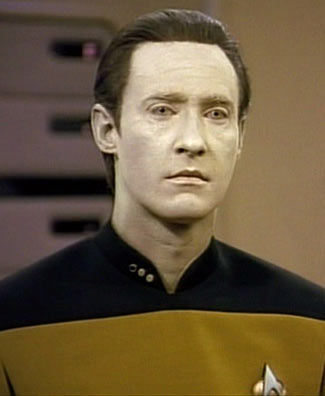 No, there is no sign of any of the technologies that Kirk discovered on his legendary voyages. These missing technologies are the elephant in the room in any discussion of post-Kirk Star Trek. Consider that V'ger was at least the eleventh machine intelligence Kirk encountered. Others include:

Leaving aside the cybernetics breakthroughs and unlimited time travel possibilities, Kirk also discovered substances that amplify psi abilities (Plato's Stepchildren), accelerate time (Wink of an Eye), and turn crones into beautiful women (Mudd's Women). There was a truth machine (Court Martial). There was the Kelvan technology, including their superfast warp drive and human-to-styrofoam-to-human encoding (By Any Other Name). There was the IQ boosting "Teacher" technology of the Eymorgs (Spock's Brain). Just Flint's bag of tricks --- cybernetics, miniaturization, stasis, instantaneous transport (Requiem For Methuselah) --- could have jump-started whole industries.

If we are to accept that these events are part of the Star Trek canon, then the conspicuous absence of all these technologies in the 24th century Federation must be by design. My favorite pet theory is that there is some sort of technology police like Larry Niven's ARM that quietly squirrels away the dangerous knowledge to keep it from destabilizing society. There is some support for this theory to be found in the Star Trek: Voyager episode "The Omega Directive", where Kirk-era information about warp-destroying omega particles was shown to be suppressed by Starfleet.

During Kirk's era, AI Is A Crapshoot (Often, at least):

More than likely, this turned Federation scientists away from true AI for a long time. Even in the TNG era, Soong created Data and his other androids independently of Starfleet and the Federation. (Besides, in most of these cases, Kirk destroyed the evidence and there was nothing to study.)

There is another possibility, though. It took over two hundred years for Starfleet to start making Holodecks after they first encountered that technology. Some of what Kirk found is probably still in research and development.

The android mechanical technology discovered by Kirk in "What Are Little Girls made Of?", "I,Mudd", and "Return to Tomorrow" was probably in Databases and Dr. Soong certainly made use of them. The difference between the androids shown in TOS and Data is in the positronic brain-which Soong tried to perfect with Lore--and failed. He succeeded with Data. He probably reasoned that the human condition is so complex that he decided to give Data the ability to figure it out FOR HIMSELF rather than try to duplicate it. That was the big mistake he made with Lore (similar to the mistake Dr. Daystrom made with M-5. Both M-5 and Lore were flawed--and as as a result-they became psychotic.) As to holodeck technology--THAT came from the Kalandan Computer in "That Which Survives"(what was LEFT of it after being blasted by a phaser!). It was already being used in a couple of years in "The Practical Joker" (and if you accept STAR TREK CONTINUES as canon-in "Pilgrim Of Eternity).

In "I, Mudd" Chekov doesn't recognize Harry Mudd, implying Checkov was not aboard soon enough to experiemce or hear about "Mudd's Women". In "The Deadly Years" Chekov's reaction to corbomite implies he was aboard soon enough to experience or hear about "The Corbomite Maneuver". So "The Deadly Years" and "The Corbomite Maneuver" should be in an alternate universe where Chekov came aboard much sooner than in the alternate universe of "Mudd's Women" and "I, Mudd".

DS9 "Trials and Tribble-ations" is a sequel to "Arena" and to "The Trouble with Tribbles" Which mentions the Organian peace Treaty and so seems to be a sequel to "Errand of Mercy".

TNG "Relics" Scotty mentions events in "Wolf in the Fold", "Elaan of Troyius", and "The Naked Time".

So "Encounter at Farpoint" and all later episodes of TNG, DS9, and VOY should be sequels to the two pilot shows "The Cage" and "Where No Man Has Gone Before" plus "The Corbomite Maneuver", "Space Seed", "The Naked Time", "Wolf in the Fold", "Elaan of Troyius", "Operation Annihilate!", "The Deadly Years", "Errand of Mercy", "The Trouble with Tribbles", "Arena", Star Trek II: The Wrath of Khan, Star Trek III: The Search For Spock, Star Trek IV: The Voyage Home, Star Trek V: The Final Frontier, and Star Trek VI: The Undiscovered Country.

But I don't seen any reason to make TNG, DS9, and VOY sequels to episodes where radical new technologies are discovered that are never developed and used even a century later.

46
Why can't surgery be done by transporter?
12
What became of the Kelvan technology in Star Trek TOS "By Any Other Name:?

25
Which technology was introduced through "Star Trek" (2009)?
8
Which order should I read the Humble Bundle IDW Star Trek comics in?
8
Star Trek Shield Shape, inconsistencies?
16
In which ways did scanning Nero's ship enhance/change Starfleet technology?
22
How did Gene Roddenberry’s death affect the development of Star Trek: The Next Generation?
5
Were there any named, blue beverages in the original Star Trek series?
6
How was the TNG Technical Manual created and was it a live document?
19
Does Abram-verse Trek acknowledge the different physical appearences of the crew?