I remember reading a novel, probably a short one, in the library, probably between 1984 and 1987 (but may have been published as much as 20 years older than that). The plot was very rambling; at the moment, the only two features I am sure I remember are:

It may have had alternate chapters taking place in the future and past (relative to each other).

At one point, a bunny had succumbed to plastic cancer. A man then sawed it in half with a hacksaw. Later in the book, perhaps due to changing the past or something, there was no more plastic cancer, and he found a bloody bunny corpse that had been sawed in half.

EDIT: Google Books has turned up a snippet from a review; unfortunately no title. The review seems to be from Foundation: The review of science fiction, Number 15, January 1979. So that probably pins the book publication to 1978-1979.

In this book the schizophrenic hero, Neil Prentice, passes into a 1984 future with the help of a drug called TNA. His route lies through a black hole. His mission is to save humanity from this future and its concomitant horrors of plastic cancer and premature ageing. In the course of the narrative, marketable preoccupations such as pollution, laser power...

Additional prodding of the review issue in Google Books turned up the title and author, then I found it on Amazon. Bonus, it's on Kindle Unlimited.

The Prayer Machine, by Christopher Hodder-Williams. First published in 1976 by Weidenfeld and Nicolson. 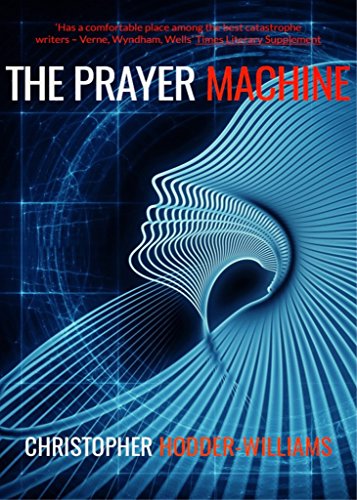 ‘What a very odd thing to do.’

‘It was a very odd toy rabbit, Brack. I barged in there and took a good look at it. The boys in the lab were unimpressed with the thing … They hadn’t examined it properly. I got them to let me take it to my quarters. Then, with a hacksaw, I cut it in half.’

3
Odd telescope allows sending messages into the past
9
SciFi Novel, pre 2000, about time-travel type messages
24
French Time-Travel Novel
14
Novel that imagines a dystopia created by the disappearance of plastic
8
Time travellers to the future sentenced to "death" by being sent back to their time