Did “24 Hours” happen in any other comic besides Sandman?

In The Sandman #6 ("24 Hours"), Doctor Destiny abuses Dream's ruby to wreak havoc on a global scale.

Wikipedia says that Dee only affected the poor inhabitants of that diner, but I'm pretty sure that Dee's actions have effects on a larger scale than that. On page 11 of the comic, a news report shows "his jewel in action":

And on the next page:

TV: "...nightmares, sleeplessness and insanity reported earlier on local news is shaping up to be a planet-wide phenomenon."

Additionally, several large disasters are shown on the opening pages of the next issue (#7 "Sound and Fury"), including a hospital on fire and an airplane that crashed on a freeway.

Some Justice League members, John Constantine, and other DC characters receive cameo appearances (or more) in Preludes and Nocturnes, so this takes place in a (the?) universe with mainstream characters. I would imagine that the superheroes or JLI in this world would attempt to mount some sort of response to this catastrophe.

Were the events of "24 Hours" shown in any other comic?

Those events did not occur in any other comics.

As Gallifreyan pointed out in his answer, they are referenced again later in another Sandman story arc, but that was par for the course in that series; most of that series' story arcs involved events and/or characters mentioned or alluded to in the initial issues. But as far as showing the effects of Doctor Destiny's shenanigans with the ruby in, like, Justice League or Superman or some other title, nope.

Off top of my head I can think of one mention of those events.

Remember Judy, who broke up with her girlfriend, Donna? 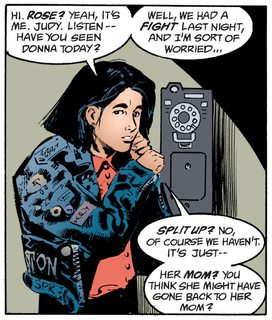 She appears in Donna's (who calls herself Foxglove by then) nightmare in A Game of You (the sixth volume), which we may count as events of 24 Hours being shown in another comic. 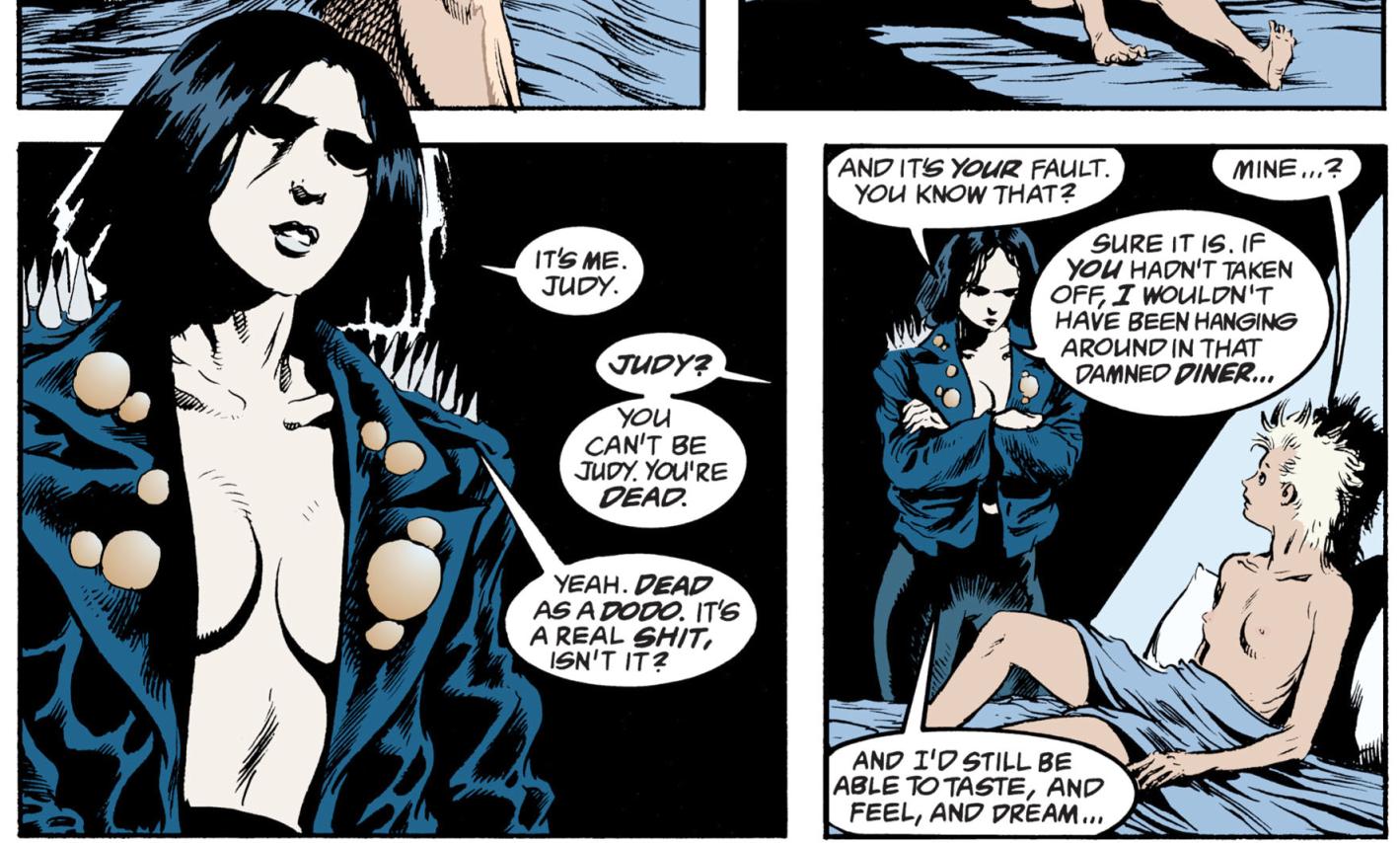 Dream could also have repaired the damage done, and erased the memories of these unfortunate events.

Not the answer you're looking for? Browse other questions tagged dc comics the-sandman or ask your own question.

8
Has Neil Gaiman's Sandman ever appeared in a Justice League comic?