I believe this is from the mid-80s. The plot centers on a nobleman who is VERY far down the line from the king suddenly being presented with the crown. He does not care for governing and there is a challenger to the throne. He discovers that the crown has magical powers since it is made from “sunstone” (not sure if that’s the term in the book, but it’s the basic idea).

The pretender is holed up in the wilds somewhere near a lake. Turns out he is collecting small bits of the stone to make his own composite crown. I remember at some point the protagonist being caught by the pretender’s people when his crown got either wet or covered in snow, losing its powers. Not sure how he escapes, but in the end he uses this information to defeat the pretender by getting the pretender’s crown wet or cold. I think one incident involved cold water and the other snow.

Other things I remember: 1) don’t recall the writer, but I think they had another critical success in the 90s. I wanted to say Connie Willis’ To Say Nothing Of the Dog, but she doesn’t have any book series like this. 2) As I said, I think it is a series, though I only read the first book. 3) Cover was one of those typical 80s things—had a frame with the title, etc. then a painting of the characters. Similar to the Deryni books from the 80s (added below), but I feel the painting was a bit more cartoony. 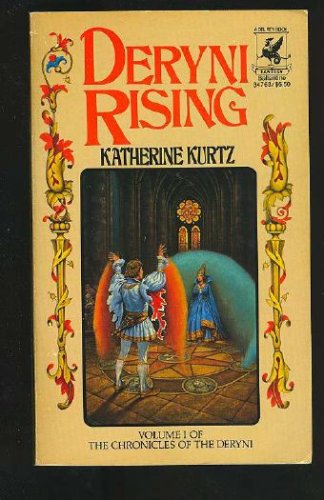 Upon doing a shelf-read of my library, I found the books. B. W. Clough is the author and the first book is The Crystal Crown. Summary from Goodreads:

A Crown With a Mind of its Own...When Liras-ven Tsormelezok set off into his garden that morning, he knew he could claim some sort of royal ancestry—but then, so could most of the rest of the population of Averidan. Therefore, being named King while pruning his klimflower vines was a trifle unexpected. But that was only the first of the surprises waiting for Liras. For example, he discovered that the Crystal Crown of the Kings of Averidan could not only speak to him—it could kill him, if it decided he shouldn’t be king. And then were certain other inheritances from the late king: a war about which he knew nothing, and a royal bride-to-be with whom he could not speak. No wonder Liras decided to make a run for it.

The cover of my edition: 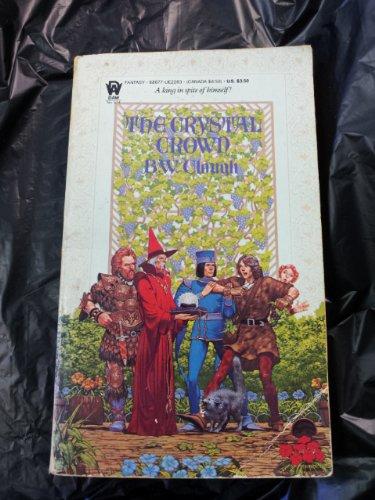 Most of the plot I recall is not in the summary, but this is it. As for the rest, the cover is above; it is the 1st of 4 books; and Brenda Clough did okay with How Like a God in the 90s (god...dog...apparently I'm horrible).

4
Looking for a 70s/80s YA Fantasy Quest Novel with a Reluctant Heroine in a Celtic-like Culture
10
Help Identifying fantasy novel about magic red jewel
8
Fantasy book with color-coded magic with gold magic as highest and enchanted armor
9
Short Story where a girl with magic in a jar loses her magic when the jar is smashed
11
Juvenile/youth fantasy short story about a book with a dragon that emerges to eat the owner(s)?
8
Fantasy book series about persecuted people with elemental magic powers