In Star Trek Nemesis, the LCARS panels on the Enterprise-E use a much more blue-ish color scheme than before, as well as skeuomorphic 3D buttons instead of flat 2D buttons. 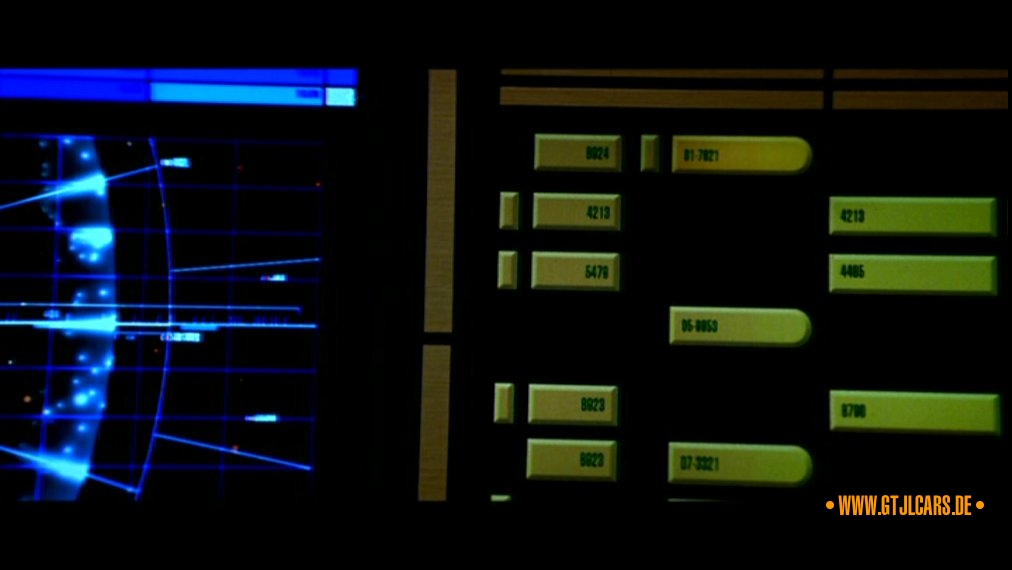 Is there an in-universe explanation for these design changes, and if not, what could be possible explanations for this? Is blue more relaxing?

For in-universe explanations, it probably has a similar logic to the DS9/First Contact uniform change, that it's just more "militaristic" looking and reflects a shift in mindset. Same goes for updated tricorder and phaser models.

In some ways you could argue that the blue is slightly less distracting, and the reduction of diverse colors gives specialized colors (like red) a greater meaning. This is an actual design principle, but a stretch in this context.

While information is definitely lacking, I strongly suspect the change had to do with both complementing the aggressive color-grading of the film as well as looking better on the new LCD screens that replaced the CRT props.

Despite the many benefits of LCDs, "black" pretty much always appears as more of a dim gray when compared to a CRT monitor, and this side effect is really evident throughout the film on all of the animated displays. Had they kept the original colors, I think they would appear noticeably distorted, making a flat-out redesign all the more necessary.

As far as the 3D buttons are concerned, it could be argued that it's simply less distracting to have that type of "embedded" appearance. I'm also guessing the major software design shift with Mac OS X and its fancy 3D-looking UI provided inspiration for it.

Not the answer you're looking for? Browse other questions tagged star-trek star-trek-nemesis lcars design or ask your own question.