Why aren't there any commodores in Star Trek: The Next Generation and after?

Prompted by this question, "Does James Kirk have any named superiors in Star Trek: The Original Series?", and the accepted answer which lists several of Kirk's superiors. A lot of them have the rank commodore.

That caught me by surprise. In TNG and on, the Starfleet captains are seen answering to several admirals, but I can't recall a single commodore. In-universe and out, is there a reason the rank was largely (if not entirely) dropped?

As a matter of fact there is one (solitary) mention of a Starfleet commodore in TNG in a scene in TNG: Conspiracy, only viewable with freeze-frame. 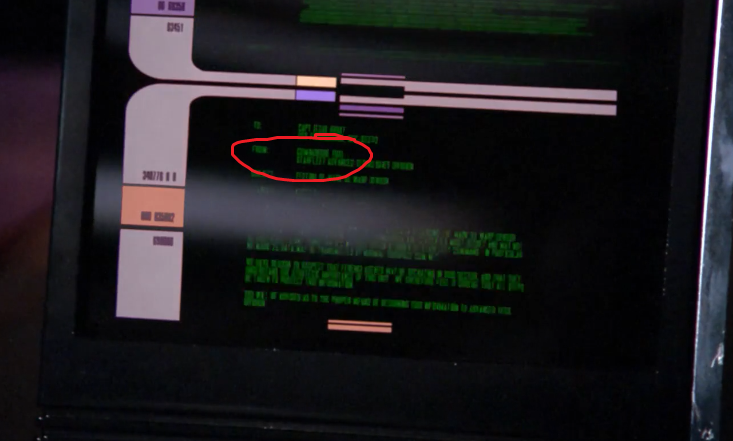 The Star Trek Encyclopedia makes a brief mention that the rank has fallen "into disuse" in the period between TOS and TNG.

Title formerly given to high-ranking Starfleet officers such as those in charge of a starbase. The term commodore, used in the original Star Trek series, has fallen into disuse since Star Trek: The Next Generation.

Out of universe, the removal of this term seems to coincide with (and presumably relate to) the decision by the US Navy to largely cease using the term to describe flag officers.

For the record, the rank also make a brief appearance in TNG: The Enemy when Geordi describes a Romulan as "commodore". It's not clear whether the Romulans have continued to use this rank.

LAFORGE: You really believe that stuff, don't you, Commodore?

This is an out-of-universe educated guess. Long story short: because the US navy stopped using it and Starfleet is modeled on the US Navy.

Commodore is usually not a rank. Commodore is a title temporary bestowed upon a commanding officer who finds themselves leading a flotilla of ships. Each of those ships has their own commander with their own rank that might be equal or even higher. For example, a Captain leading a bunch of Captains, or even a Lieutenant leading a bunch of Commanders. To resolve any disputes, the flotilla leader was given the designation "Commodore" that unquestionably placed them above the other commanders in the flotilla and allowed them to fly the Broad pennant (distinct from an Admiral's flag).

As a real rank in the US navy it has come in and out of favor. During the US Civil War it was a rank, then out again in 1899 when it became Rear Admiral because the US felt its Commodores weren't being given the respect due to their flag rank by other navies.

Then WWII happens and suddenly the Navy has a lot of fleets needing a lot of Commodores, but they don't want a glut of Admirals once peacetime is over; once an Admiral, always an Admiral. So Commodore comes back as a US Navy rank. By 1950, the rank of Commodore is all but retired.

Aside from a brief and controversial revival in the early 1980s and some inter-service squabbling, the US navy has not had a rank of Commodore. Instead it's reverted to the title given to a flotilla commander. Other nations navies maintain the rank of Commodore, particularly the Royal Navy and its derivatives, but Star Trek is a US show.

There's also the issue of simplifying the ranks for the audience. While much of the viewing audience might know about the basic ranks like Ensign, Lieutenant, Commander, Captain, and Admiral, they might struggle to properly place a Commodore.

Again, this is an out-of-universe educated guess.

39
Is Starfleet a military or civilian organization?
32
Does James Kirk have any named superiors in Star Trek: The Original Series?
19
Why does Geordi keep calling the Romulan officer "Commodore"?