How much weaponry does a starbase carry to defend itself in Star Trek?

How much weaponry do the different kinds do Starfleet starbases and stations wield in Star Trek? 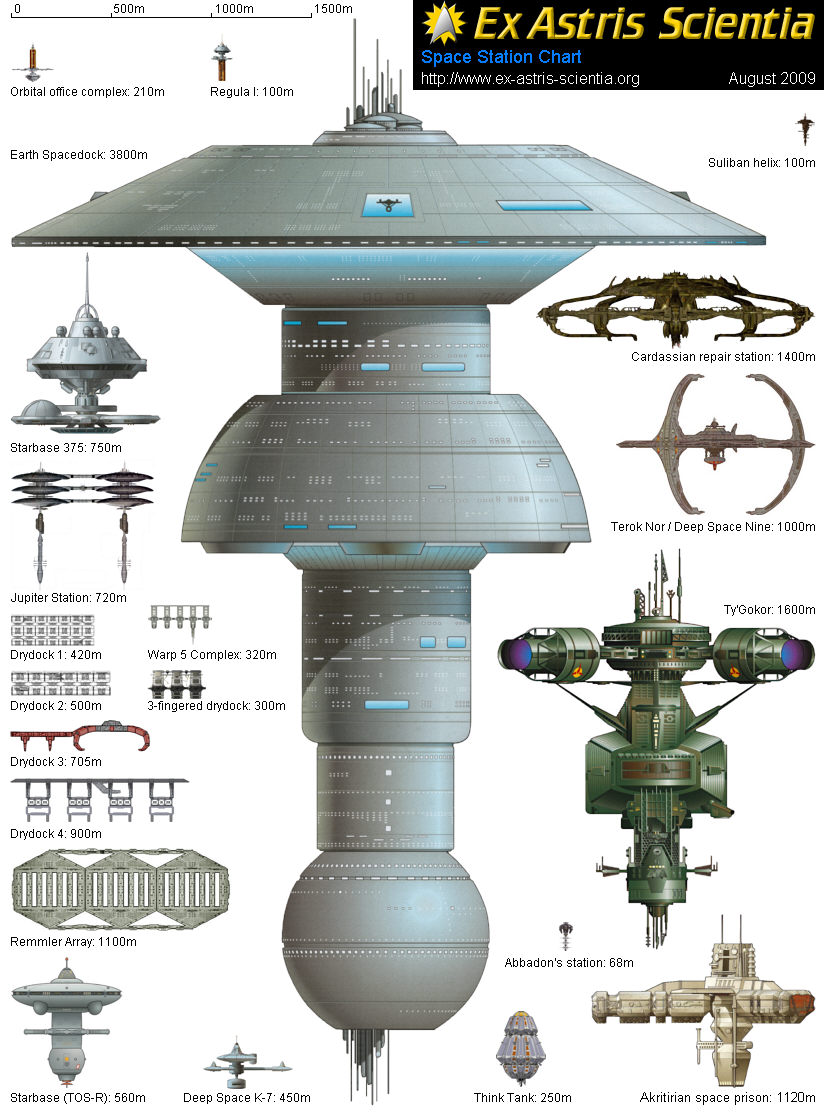 This picture shows these Starfleet bases and stations along with others.

I am asking about the weapon systems they use to defend themselves. Those might not be them same weapons they use to resupply starships. (e.g. - How many photon torpedoes, launchers, phaser emitters, etc...)

Please provide links to sources or quotes from canon sources.

TL/DR: Aside from DS9, there is practically zero canon information. Aside from individual novels, there really isn't documentation that went into more depth for any space station (Except for DS9) that went more than one or two pages. In the TNG Era, type XII phaser arrays were standard armament for Space Stations. That's about as much as there is for canon details for starbase armament.

DS9 has the luxury of having seven seasons to flesh it out.

In terms of TNG era starbases, technical manuals for the Sovereign class boasted that the ship sported Type XII Phasers, originally for Starbases. Also in the TNG Technical Manual which showcased the Galaxy Class, the Galaxy-Class sported Type X phaser arrays. This implies that Type XII were common on starbases for the TNG era, but there is no real documentation for space stations.

Throughout all of the the shows, there were common naming conventions, but the design teams didn't follow a standard model. In TOS there was starbase K-7, supposed to be near the Federation-Klingon Border, and is probably the most iconic station of the TOS. Then of course you have Starbase One and Spacedock in the TOS Movies. However they are purely scenery locations, and there was no documentation as to Starbase One's capabilities. In TNG you had several starbases and deep space stations mentions. In Voyager, you had the (edit) Jupiter Station mentioned in the late season, where the Doctor was sent to help treat his creator. However that is a civilian station.

Deep Space Nine was the only place that had real mentions. In the early seasons, Chief O'Brien had mentioned that the old Cardassian station had incompatable equipment from Federation technology, and it constantly caused issues. In "The Way of the Warrior", the Klingons tried to storm the station with a fleet and soon discovered the station is refitted with multiple banks of Type X and Type XI phaser banks, and "5000 torpedoes". There is even enough launchers for Sisko to order a salvo of just even launchers first, and then odd launchers.

Again, DS9 has the luxury of seven seasons to flesh out the station. No other station has that luxury. Considering the main theme of Star Trek is to showcase a single ship going where no one has gone before, we may likely never get something like this again.

Starbase Yorktown had an veritable cloud of satellites armed with phasers as well as turrets aplenty on its exterior that could fire torpedoes and phasers. Based on its size (and what little we see of the distribution of weapons) we can presume that it had hundreds, if not thousands of phaser arrays at its disposal, more than enough to fend of even a fleet of well-armed vessels.

While it's hard to generalise from a single example, it's probably safe to say that the Federation place a premium on protecting large civilian populations. A large starbase or stardock would presumably be very well armed.

There is almost zero canon evidence of weapons on starbases and smaller bases.

The closest we get to see starbase armaments are the board games and PC games, such as Starfleet Command series which is based on Star fleet Battles the boardgame, and Star Trek: Armada series. And we can't rely on those as they are balanced for the game, except DS9, and that station is abnormal to the extreme.

I don't have my SFB Starbase SSD handy. But bases, due to their fixed location, and inability to rotate (unless they are already rotating), are equipped with some VERY heavy weapons.

For example: a "tournament base" in SFB, which is designed to balance with the tournament cruisers in competitions, has no less than 7 Phaser-4's, some point-defense phasers and shields 50% stronger than that of equivalent cruisers. And base station is the smallest "station" in SFB (battlestation and starbase are much bigger)

DS9 was a Cardassian mining outpost initially and had some basic armaments (which the Cardassians stripped prior to them being driven off by the Bajorans).

It wasn't until few years later that Starfleet outfitted DS9 with massive weapons (5000 photon torpedoes and powerful deployable phaser banks) and it got turned into a proper starbase capable of destroying over 50 Dominion/Cardassian ships all on its own.

If SF was able to do that to a 'simple' mining outpost, then it stands to reason that ALL of its outposts and starbases would have defensive and offensive systems of some kind.

Outposts would likely have relatively minimal defenses, but it really depends on SF's approach, where those outposts are located, etc. Given SF's ships and stations are highly modular, they could relatively easily turn even simple outposts into battle installations.

The Mushroom type Starbase (Spacedock) in all probability DOES have a plethora of weapons installed (I would imagine even more so than DS9), even though we don't have canonical evidence it has any (but it would seem VERY strange if it didn't).

We already know that Yorktown has heavy defenses (though I didn't like how it had separate/vulnerable satellites - then again, Krall did hack into Federation communications and probably managed to bypass the shields - that's why they weren't particularly useful - but you'd think that those weapons platforms would be heavily shielded and have thick hulls).

1
How big are the Starbases on Star Trek

26
How does Star Trek faster than light communication work?
11
How much footage (approximately) exists of Star Trek Phase II?
13
How much unclaimed space exists in and around Star Trek empires?
25
How do people carry things in Star Trek TNG?