What is the meaning of the symbols on the Stormtrooper's left pauldron?

I found a website that purports to show errors in popular movies. That is only marginally interesting to me. However, the picture on the front page (from a Star Wars movie) has me intrigued. 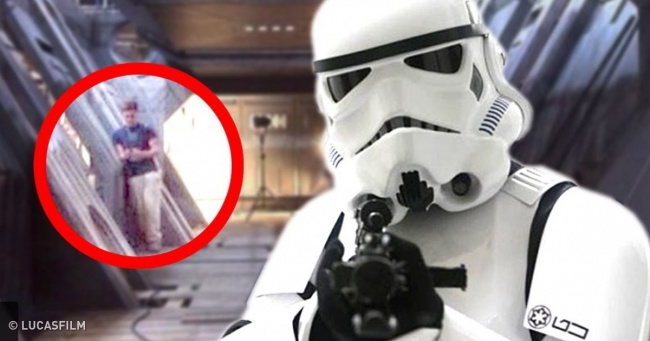 I am curious about the markings on the Storm Trooper's left shoulder.

but I can't identify the two other markings. Are there other pictures of Storm Troopers with the same or similar markings? Do they have any particular meaning?

The symbols are characters in Aurebesh, the Star Wars alphabet. Aurebesh is based on simple character substitution, so it's easy to tell you that those are the characters for "UK."

Less easy is what that actually means. Best I can tell, this is a kind of identifier for the United Kingdom branch of the 501st Legion, an organization of enthusiastic cosplayers. I've found this discussed on one of the club's forums, where you can see the decal being applied to members' armour (click to embiggen): 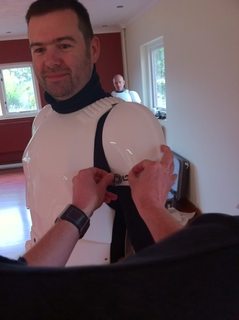 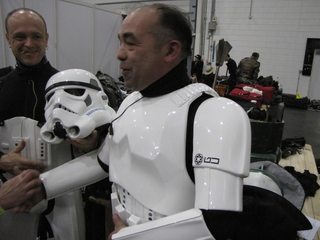 As far as I know, no members of the 501st have appeared in armour in any Star Wars film. If forced to guess, I would assume that whoever composited that image borrowed a publicity shot from the UK Garrison, possibly without realizing that it wasn't an official image; film-accurate costumes is one of the 501st's goals.

This decal seems to be highly non-standard, even among other branches of the 501st; based on the discussion in that forum thread I linked to, the 501st generally disallows "non-canon" markings at formal appearances. UKG appears to be an exception, though I'm not familiar enough with the club's internal politics to speculate on why.

Not the answer you're looking for? Browse other questions tagged star-wars object-identification or ask your own question.