Can Superman get drunk?

Is Superman able to get drunk?

A lot of characters in comics, like Captain America or Wolverine, are shown not being able to get drunk, but what happens when a Kryptonian starts to drink?

Has he ever been drunk in comics?

Superman can't normally get drunk when he has his powers.

Under the effects of a Yellow or Blue star, Kryptonians don't have to eat or drink anything and they can't get drunk. I'm not even sure they have to sleep. Therefore, under most circumstances, he, along with any other Kryptonian, such as Supergirl, cannot get drunk.

However, were you to take away his powers by placing him under the light of a Red Sun, getting a lump of Kryptonite near him, or get him to use his "Super Flare" power, his powers would be drained and he would for all intents and purposes become a normal human. At this point, he in fact can get drunk, as seen in the following strip from Superman Vol 3 #40 of New 52, which shows Supes just out drinking with the Justice League just after using Super Flare: 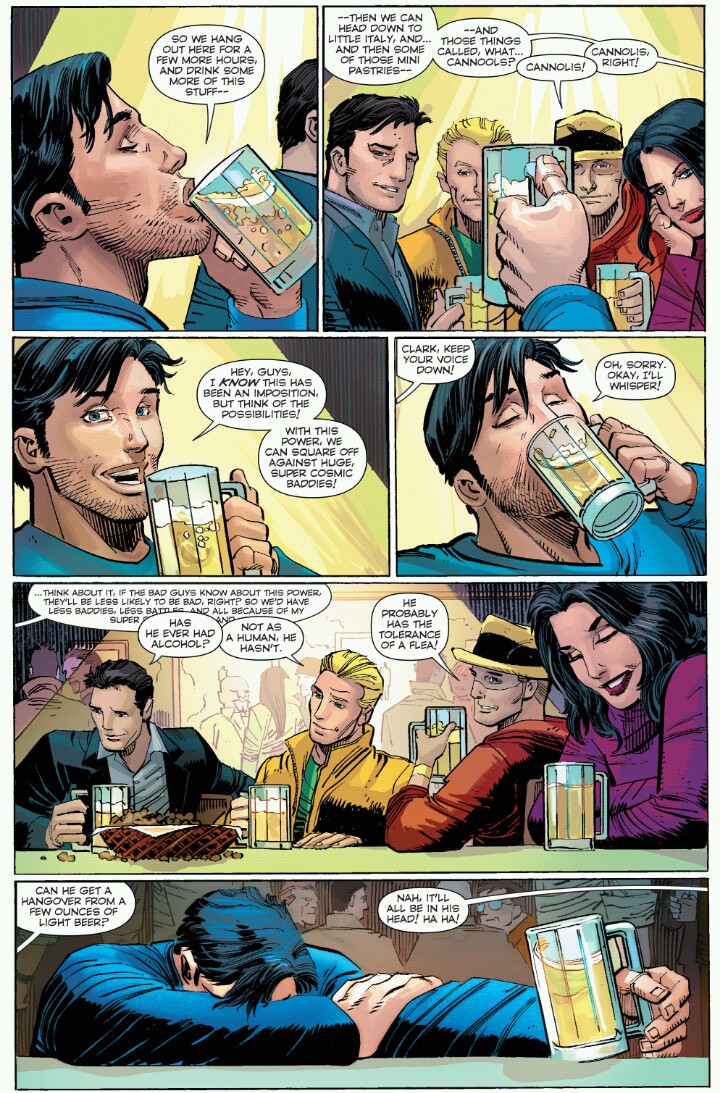 It's also reasonable to assume that, as an extension of this, some form of magic alcohol could get him drunk even with his powers.

He actually goes on a drinking binge in Superman III.

In Superman: American Alien #3, Clark Kent is mistaken for Bruce Wayne by an assassin (Deathstroke). Deathstroke slips him a neurotoxin in a glass of champagne that would kill a human, but just makes Clark act for all the world like he's drunk. While this isn't intoxication by alcohol, it's amusingly close. 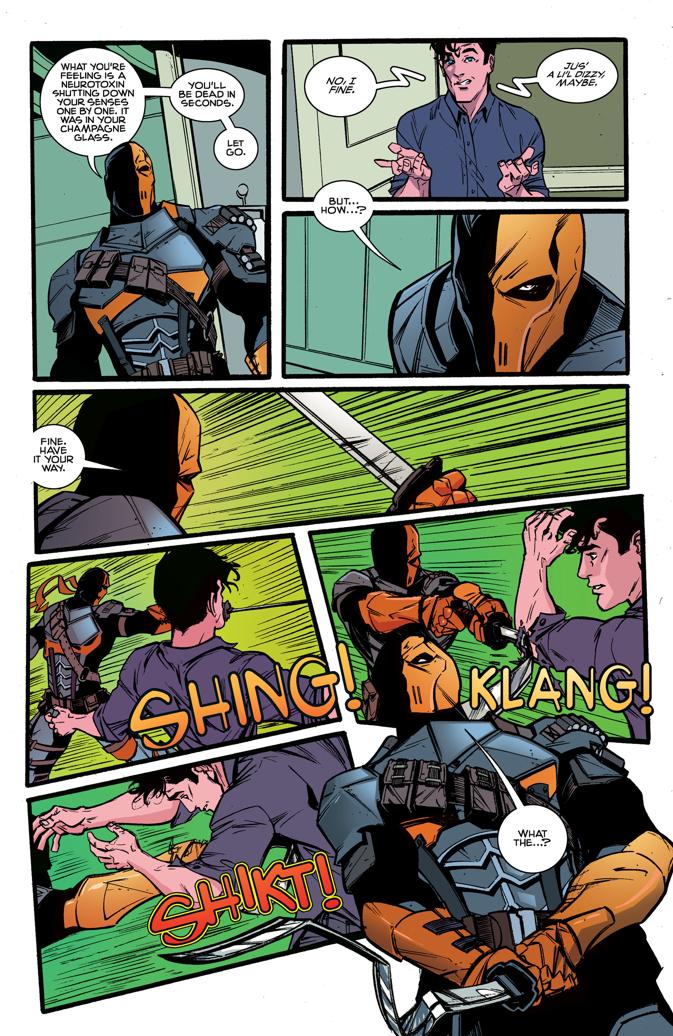 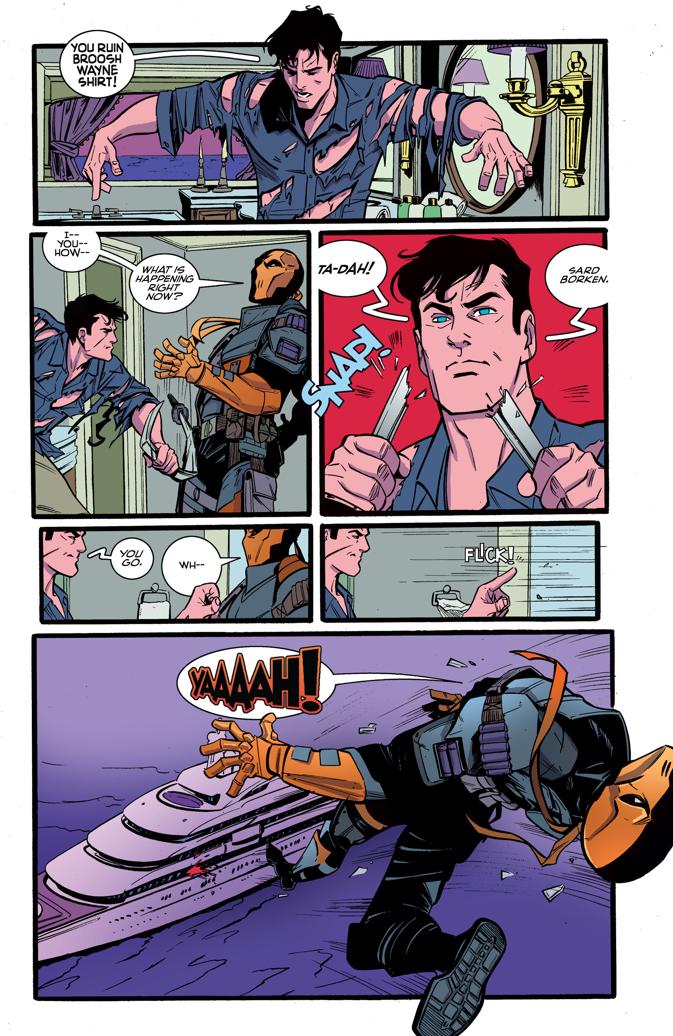 I think what you are looking for is the scene from Superman III where Superman gets drunk and winds up fighting an imagined Clark Kent. From the Wikipedia summary:

Superman goes on a drinking binge, but is overcome by guilt and undergoes a nervous breakdown. After nearly crash-landing in a junkyard, Superman splits into two personas: the immoral, corrupted Superman and the moral, righteous Clark Kent. They engage in a battle, ending when Clark strangles his evil identity. Restored to his normal self, Superman repairs the damage his evil counterpart caused.

36
Has Superman ever been depicted to smoke and/or consume alcohol?

14
Did Superman Ever Meet His Parents or See What Krypton was Really Like?
3
What did Adventures of Superman use from the comics and what was later added from the series?
3
Do any members of the Legion of Super-Pets have Kryptonian capes?
41
Has Superman ever said, "Ouch!"?
6
When Superman bleeds, does that mean he is killing the Kryptonian race?
12
Where/How did the Red Skull find Captain America's old shield?
7
How did Superman get his electrical powers in Superman Blue?
8
Even with his powers, doesn't Superman train and work out?
4
Has Superman ever revealed his weakness to magic to the public?