In what ways would this draft of The Philosopher's Stone have “changed everything”? [closed]

Some years ago JK Rowling uploaded an early draft on her old website with the following caption:

"Very Early page of Philosopher's Stone written around 1991 and showing plot-line that was abandoned. Would have changed everything!"

Here's the image (transcription beneath): 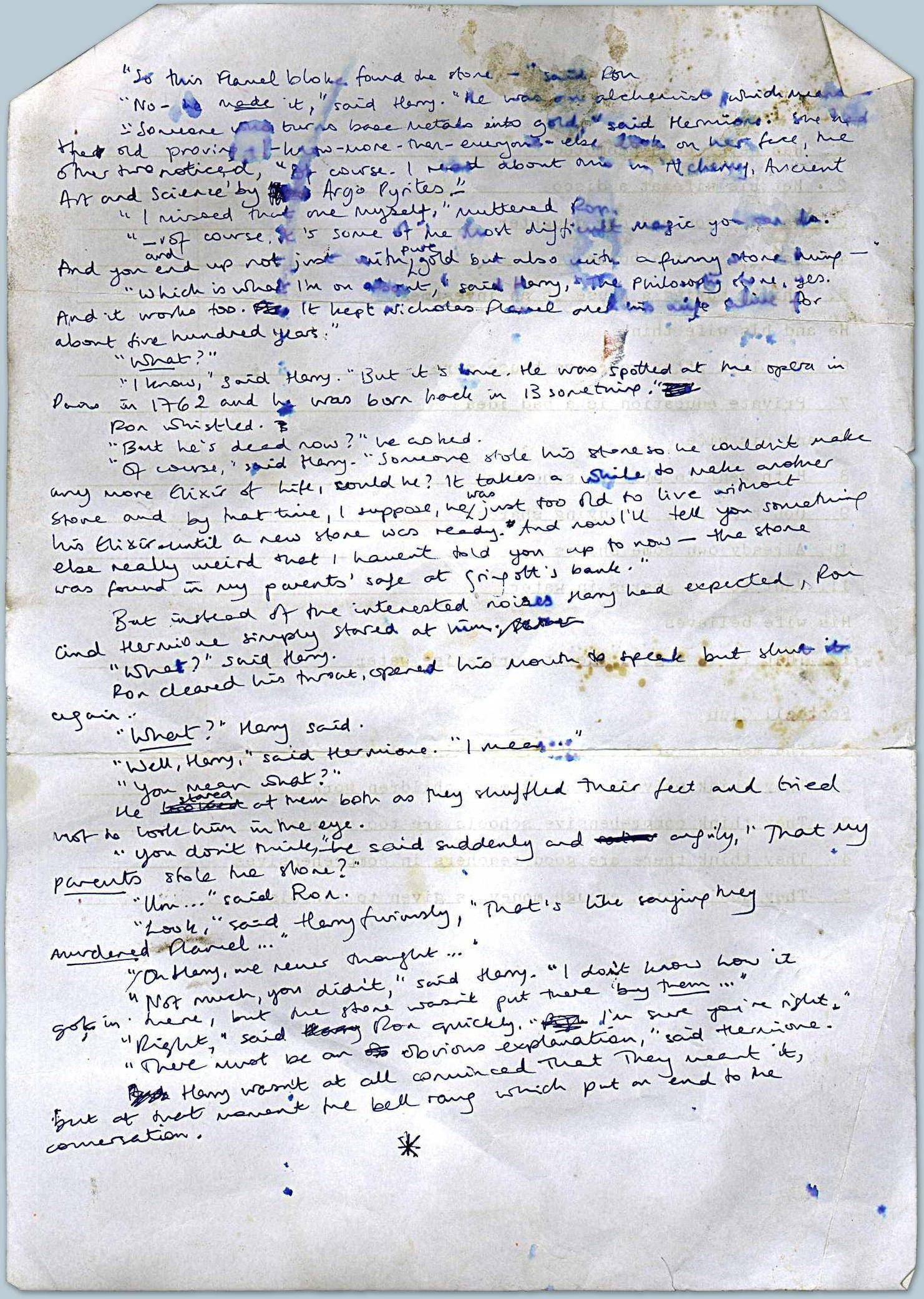 “So this Flamel bloke found the Stone -” said Ron.
“No - he made it," said Harry, “He was an alchemist. Which means -"
“Someone who turns base metals into gold,” said Hermione. She had that old proving-I-know-more-than-everyone-else look on her face, the other two noticed. “Of course. I read about this in 'Alchemy, Ancient Art and Science' by Argo Pyrites.”
“I missed that one myself,” muttered Ron.
“And of course it's some of the most difficult magic you can do. And you end up not just with pure gold but also with a funny stone thing -"
“Which is what I’m on about,” said Harry, "The Philosopher’s Stone, yes. And it works too. It kept Nicholas Flamel and his wife alive for about five hundred years.”
“What?”
“I know,” said Harry. “But it's true. He was spotted at the opera in Paris in 1762 and he was born back in 13 something.”
Ron whistled.
“But he's dead now?” he asked.
“Of course,” said Harry. “Someone stole his Stone so he couldn't make any more Elixir of Life, could he? It takes a while to make another Stone and by that time, I suppose, he was just too old to live without his Elixir until a new Stone was ready. And now I’ll tell you something else really weird that I haven't told you up to now - the Stone was found in my parents' safe at Gringotts bank.”
But instead of the interested noises Harry had expected, Ron and Hermione simply stared at him.
“What?” said Harry.
Ron cleared his throat, opened his mouth to speak but shut it again.
“What?” Harry said.
“Well, Harry,” said Hermione. “I mean...”
“You mean what?”
He stared at them both as they shuffled their feet and tried not to look him in the eye.
“You don't think”, he said suddenly and angrily, “That my parents stole the Stone?”
“Um...” said Ron.
“Look,” said Harry furiously, “That’s like saying they murdered Flamel...”
“Oh Harry, we never thought...”
“Not much, you didn't,” said Harry. “I don’t know how it got in there, but the Stone wasn’t put there by them...”
“Right,” said Ron quickly. "I’m sure you're right.”
“There must be an obvious explanation," said Hermione.
Harry wasn't at all convinced that they meant it, but at that moment the bell rang which put an end to the conversation.
(Major kudos to Wampus from Reddit for the image and Sherlock+HarryPotter from Imgur for the transcription which I adapted).

The key differences between this draft and the finished book seem to be that, in this version:

I suspect that when JK Rowling says that this page "would have changed everything" she's talking about more than the plot of the first book. The ramifications of this early draft seemingly would have altered the entire series and taken it in a totally different direction.

Yet what are those ramifications? What would it have changed? How would Lily and James owning the Stone have swung the series?

I'd be very interested in whether JK Rowling has clarified this point, or made any further comment on this draft.

Browse other questions tagged harry-potter behind-the-scenes or ask your own question.